Easy S’mores Brownies have a fudgy brownie base topped with gooey marshmallows, graham crackers and chocolate bars. A decadent one bowl dessert recipe!

So, what do you do when you’re craving some serious ooey, gooey, chocolaty comfort food for dessert? You whip up a big ol’ batch of fudgy brownies topped with toasted marshmallows, graham crackers and chocolate!

These super delicious s’mores brownies are incredibly easy to make in just one bowl. So clean-up is easy, too!

In fact, this easy brownie recipe is so simple that my youngest daughter usually bakes them all by herself! Luckily, she shares them with us!

How to Make S’mores Brownies in One Bowl

We use our favorite Double Chocolate Brownie recipe as the base. Basically, you just mix the ingredients in one bowl in the microwave or in one pot on the stove.

After you bake the brownies, you top them with marshmallows. Then, you toast the marshmallows under the broiler until they start to brown.

I recommend letting the marshmallows cool slightly. Then, you top them with cut-up chocolate bars and graham crackers. That’s it! 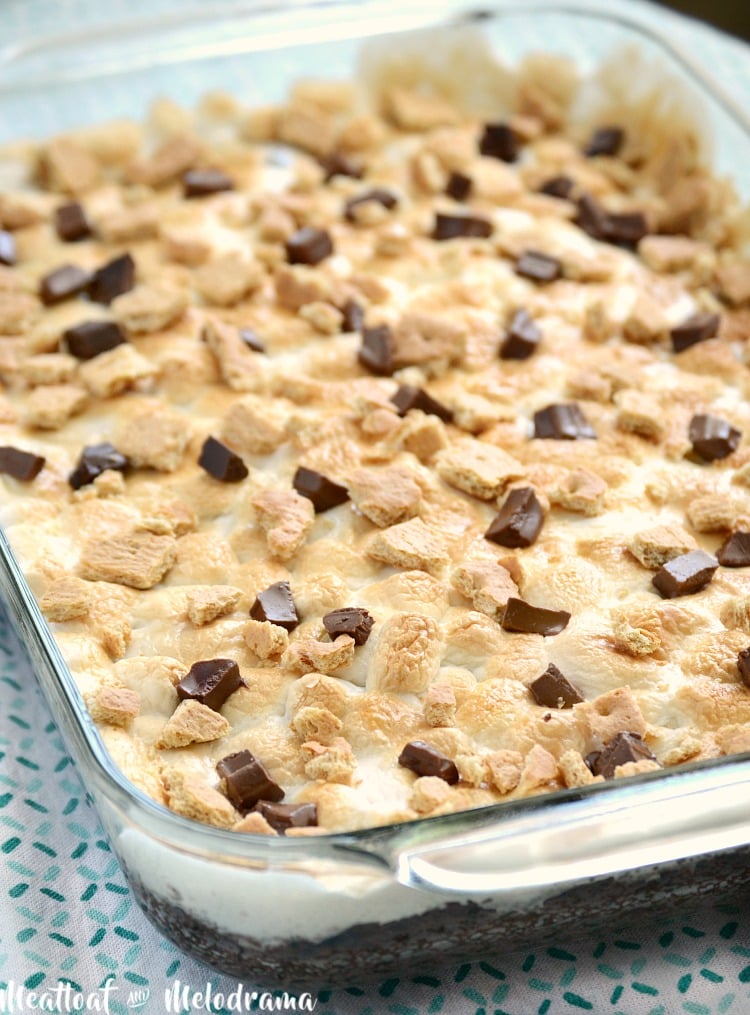 Use Brownie Mix if You Want

Like I said, this recipe for s’mores brownies is super easy. But, you can make it easier if you want by using a mix. Just follow the instructions on the box, and top the brownies with marshmallows, chocolate and graham crackers after they bake.

Allow to Cool Before Slicing

You’ll want to dig right into these ooey gooey brownies right away. But, if you want nice, neat slices, you’ll need to let them cool slightly.

The marshmallows are super sticky and messy. As the brownies cool down, it’s a lot easier to handle them. 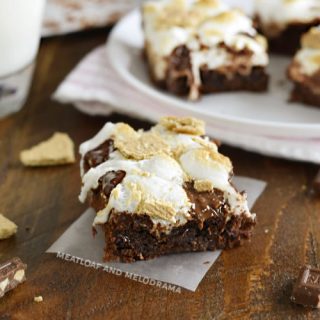 For stovetop version, melt chocolate and butter over medium low heat, stir in vanilla, and proceed with recipe. Use parchment paper to line the pan to make it easier to remove brownies for slicing.

If you love easy brownie recipes made in one bowl, check these out:

And if s’mores get your heart racing, you’ll love our No Churn Chocolate S’mores Ice Cream and my daughter’s favorite Unicorn S’mores Bars. 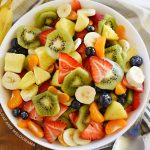