Hey friends! I have another pumpkin recipe for you. Some of you may remember me sharing an apple crisp recipe for one last week, which I made so that my college student could easily whip up a dessert for herself. She came to visit for the holiday, and over the weekend, we did some experimenting, and we created this Easy Pumpkin Cake for One.

You can call it a pumpkin mug cake or bowl cake or even a cupcake. See what I did there? ha ha. But whatever you call it, this single-serving cake is pretty darn good! 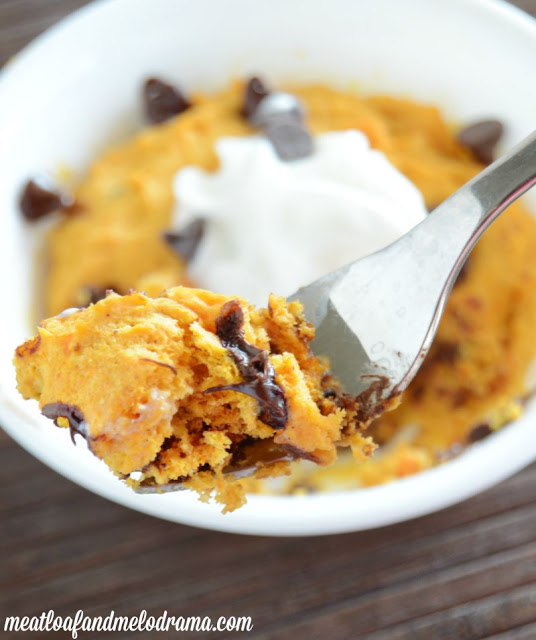 I've been making two-ingredient pumpkin muffins from cake mix for years. They're so easy that even my youngest kids can make these almost entirely by themselves. They just need some help with the oven, since I'm a borderline helicopter mama and all.

So anyway, this is the basic recipe I had in mind when I was thinking about making a pumpkin cake for one. Because really, there's almost nothing easier than a cake mix recipe.

My oldest baby, aka The Brain, is a math whiz, so I asked her for some help in figuring out the right amounts. This isn't to say that you need advanced math skills to reduce a recipe, and honestly, my math skills are almost non existent! I could have just experimented with the proportions, but honestly, it was so much more fun watching The Brain at work!

Oh, and I highly recommend having a chalk board wall in your kitchen. We mostly use it for reminders and shopping lists, but if you ever have the need to do advanced math in your kitchen, it really comes in handy! 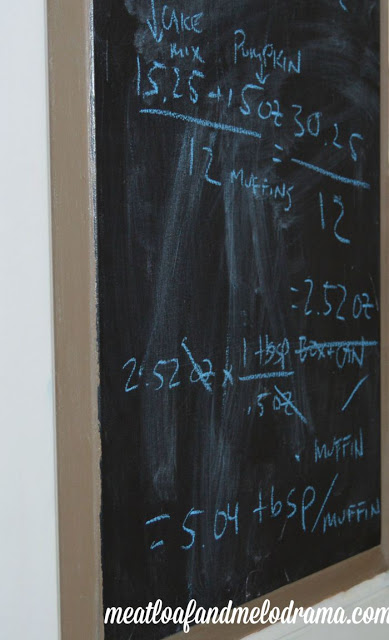 We actually did do a little experimenting with this one, but after a couple of tries, we nailed it! I like to add my own spices, but you could easily substitute a spice cake mix for the yellow.

This recipe is perfect when you're craving a little pumpkin and chocolate, but you don't want to bake an entire cake or a batch of cupcakes. So whether you're a college student, a midnight snacker or you just need a pumpkin fix, this one's for you!

Ingredients for Pumpkin Cake for One

Add the ingredients to a small greased bowl or mug, and mix well.
Microwave on high for about 1 minute. Exact time may vary according to your microwave.
Dig in! 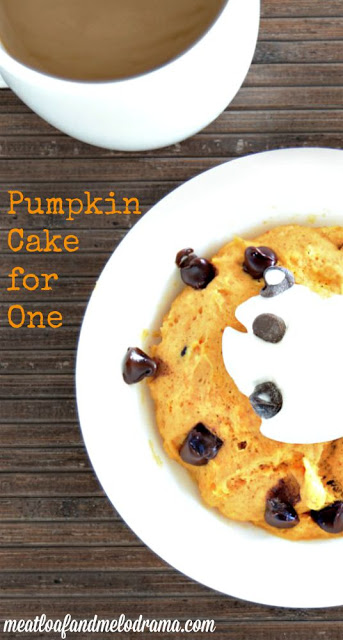 My little guy was one of the taste testers for this experiment. According to his expert opinion, the first attempt had too much pumpkin, the second was too flat, but the third time was just right! Gotta love the wisdom of Baby Bear. 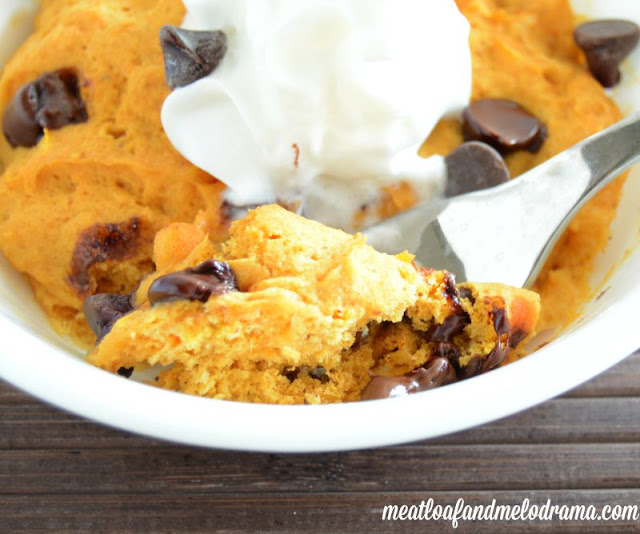 We topped this easy pumpkin cake with whipped cream, but I'm thinking a nice scoop of ice cream would work just as well. Or, you can even eat it as is!

Have you had a pumpkin craving lately?

Thanks so very much for your visit!