I have a super cute ornament to show you today. Actually, my little guy built it, and he asked me to feature it on the blog, so of course, I was more than happy to do this! He said he got the idea from a magazine, but he tweaked the design to make it his own. They learn fast, don't they?! Anyway, this kiddo absolutely loves Legos, so he made his very own Lego snowman ornament. Isn't it cute?! 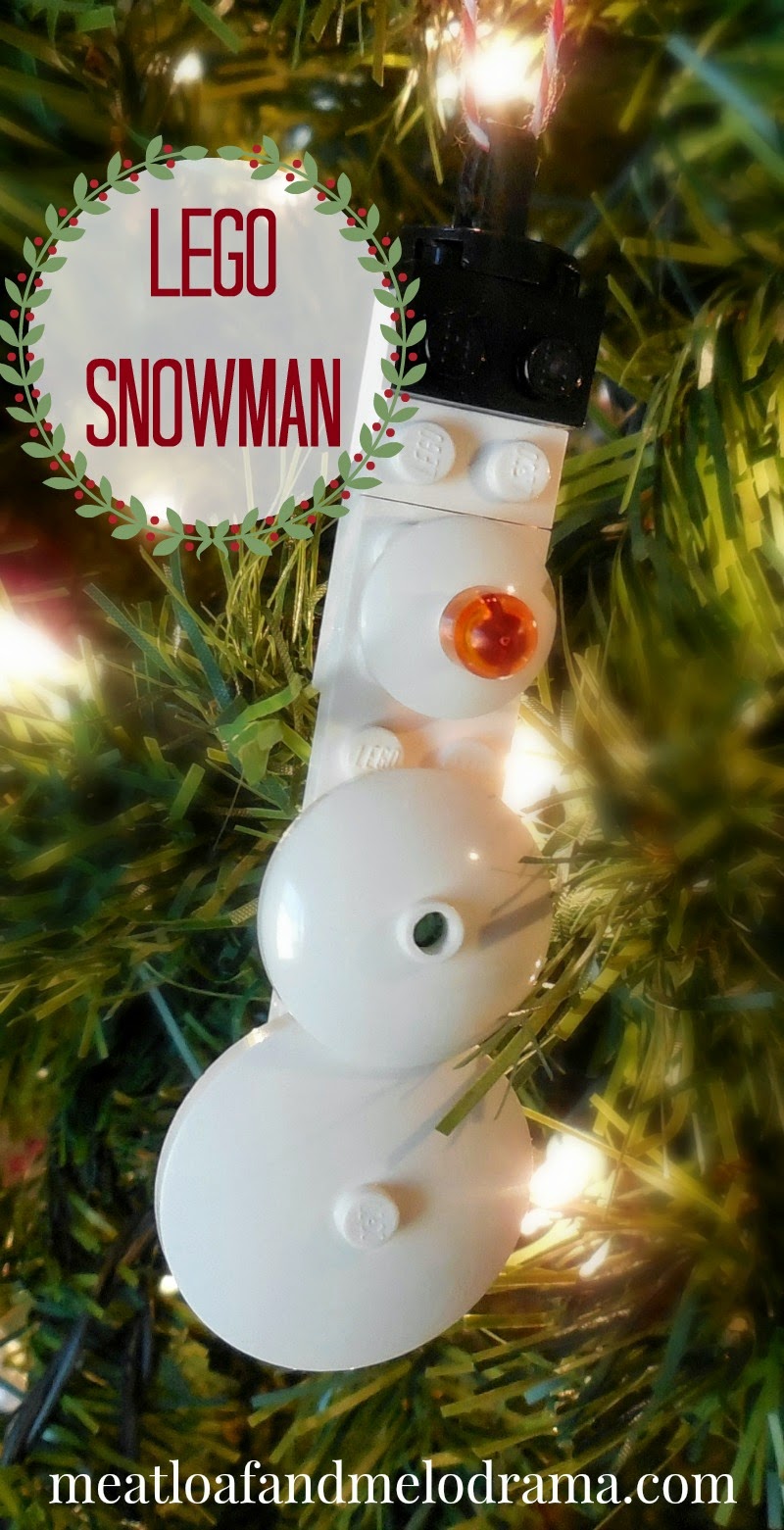 I shouldn't have been surprised. After all, he could easily spend hours building new things with Legos. But, I thought it was sweet that he decided to go beyond the usual cars, planes and anything related to Star Wars. It's funny, because he told me the exact order of building the snowman too. If you have kids, they'll probably understand right away. So, here we go.

These are the Lego pieces he used to build the snowman. 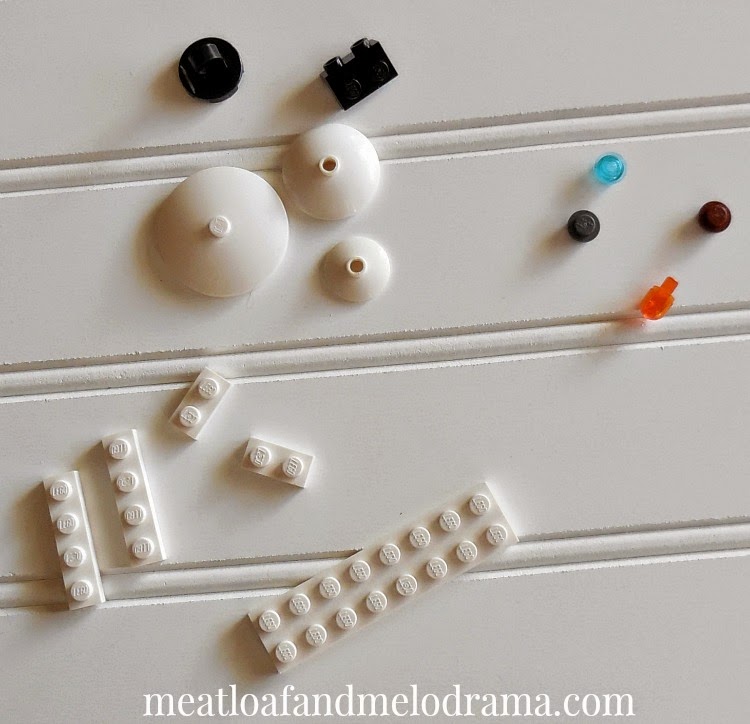 He attached the medium-sized white bricks to the back of the longest brick, and then he added the shortest white bricks on top. This forms the snowman's body. 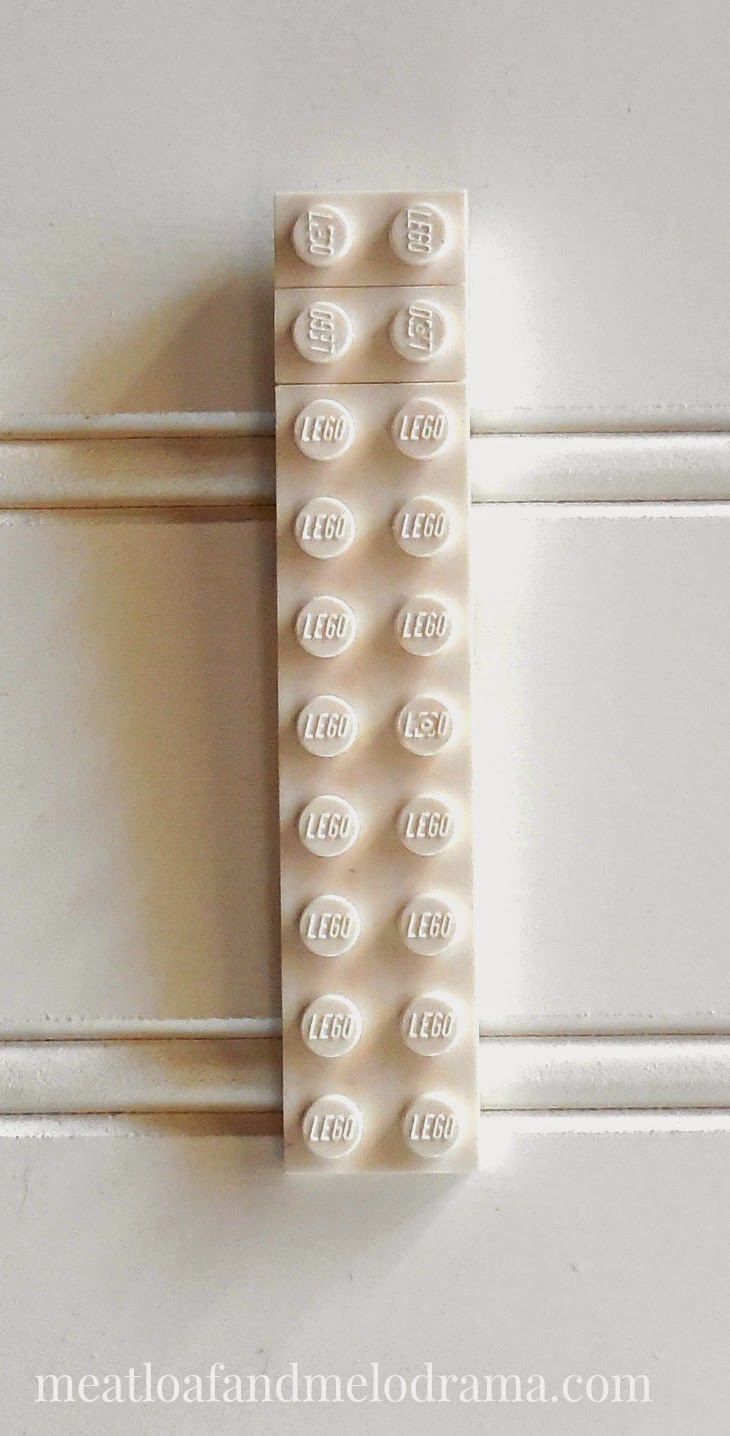 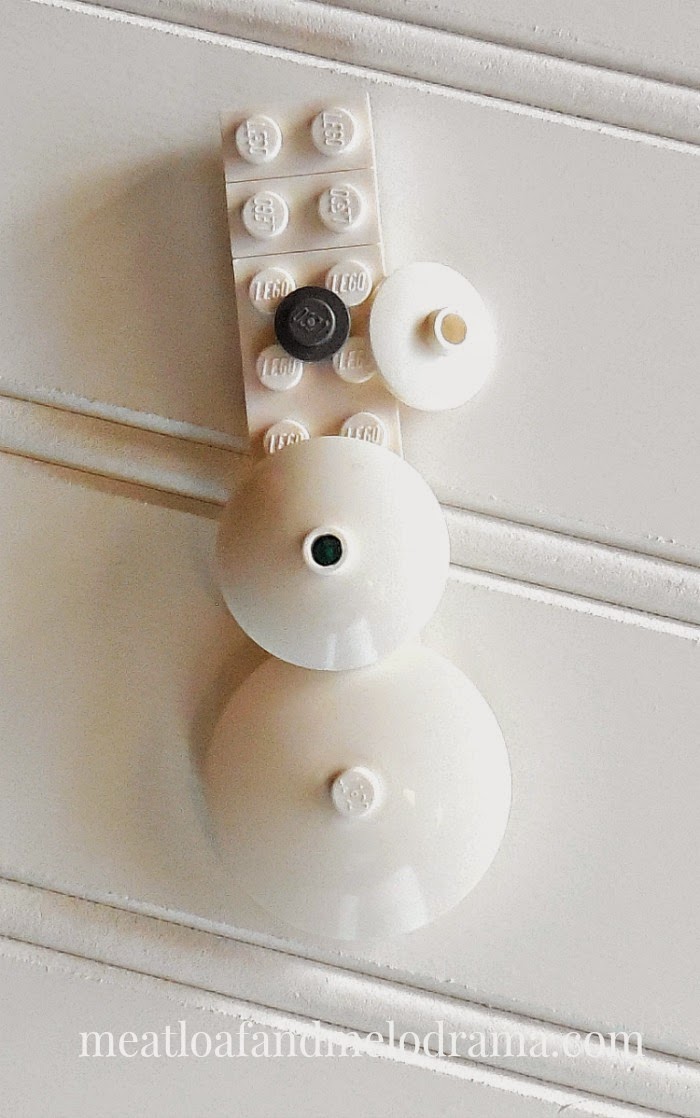 Next, he added the small orange piece to the center of the smallest circle to form the carrot nose. 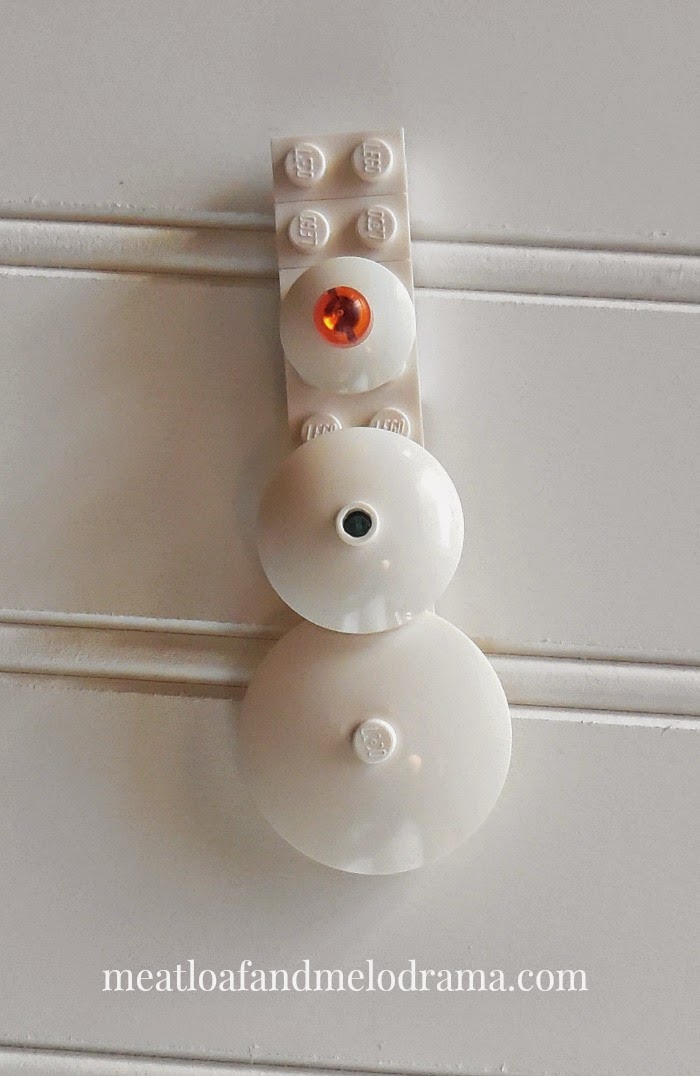 He used black bricks to make the hat. The top piece has a little hole, and I looped some festive red and white twine through the opening in the brick, and voila -- a Lego snowman ornament!

I think he looks so sweet hanging on the tree, and my little Lego lover was so proud that he thought of this all by himself. 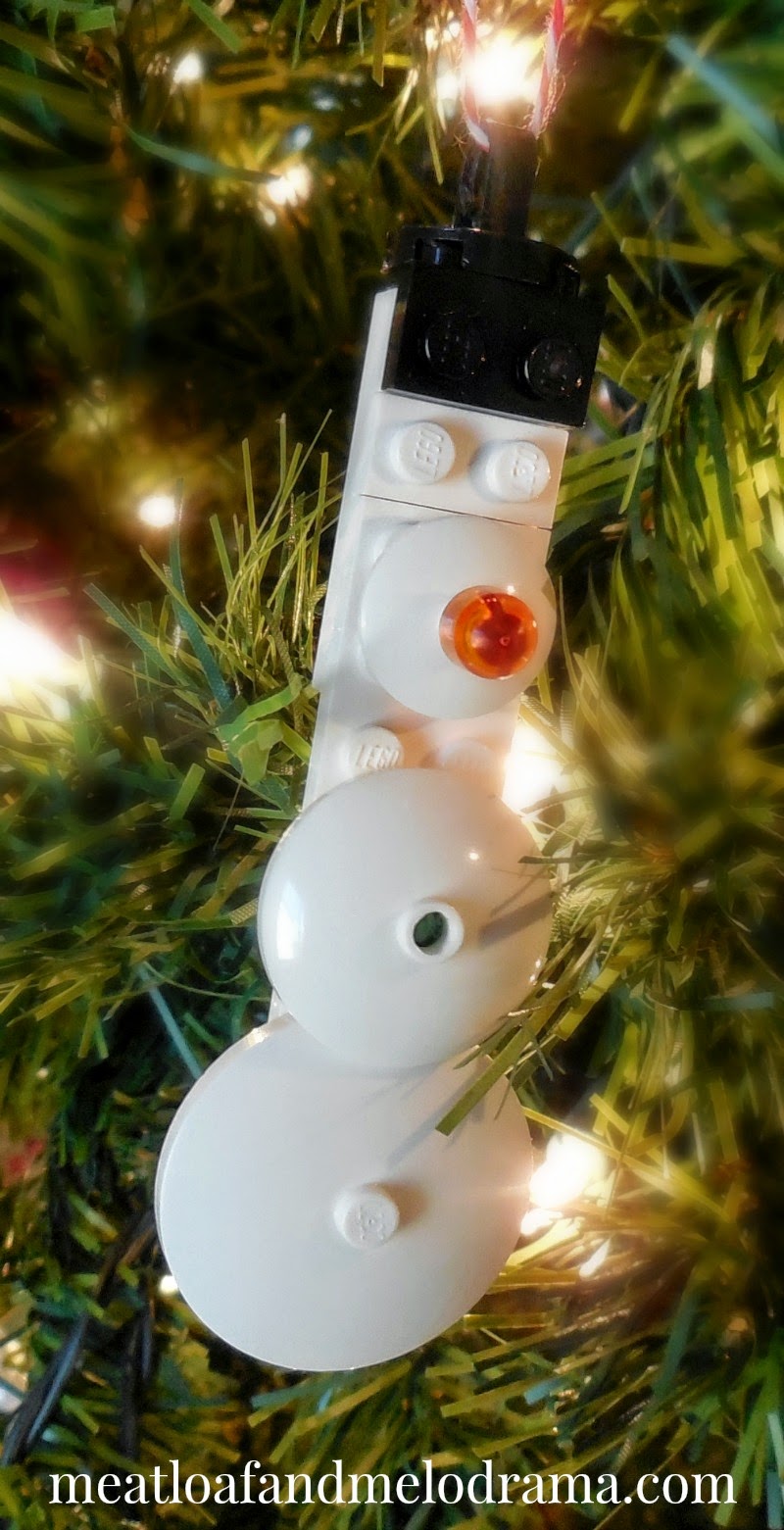 He did ask if he would be paid -- what a budding businessman! I think my kids are slowly taking over the blog, because I have another Lego craft to show you later -- one my daughter made, but it makes a great gift and it's not just for the holidays!

Thanks so much for visiting. Enjoy your day!