One pan chicken veggies and quinoa is a healthy, easy meal that takes only 30 minutes to make and is kid approved! 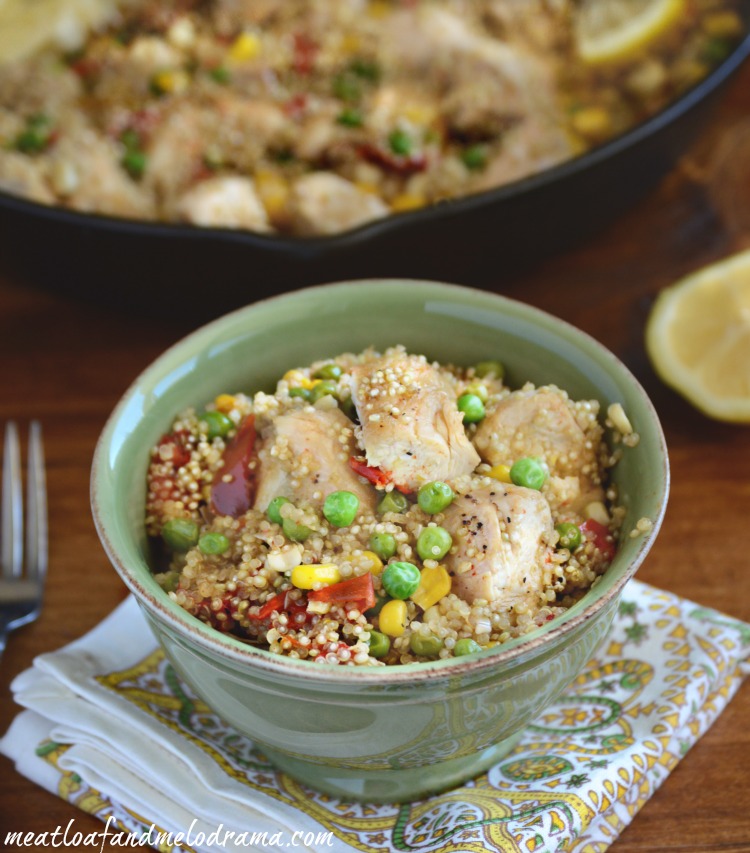 This is a sponsored post, but all opinions are my own.

One thing I've really been focusing on this year is making lighter, healthier meals for the family. Oh, we allow for treats now and then, but overall, I'm including more fruits and veggies with meals and as snacks.

And for breakfast, I'm sticking to healthy smoothies whenever I can. Go me!

I'm lucky that most of the kiddos love veggies, and usually, making  healthy meals for the kids isn't hard. But,  I've also got a super picky eater who has been known to carefully remove the veggies she hates from her dinner. She's even gone so far as to hide them in her napkin when she thinks I'm not looking. Honestly, there's one in every crowd!

So, I like to make skillet meals and include the veggies and meat all in one pan. This not only saves a ton of time, but it also makes it a little harder to for the kiddos to avoid eating their vegetables. I was at Walmart the other day, and I came home with several packages of C&W Vegetables. These frozen veggies are ideal for making healthy one-pan meals, and they save time since you don't have to prep them! 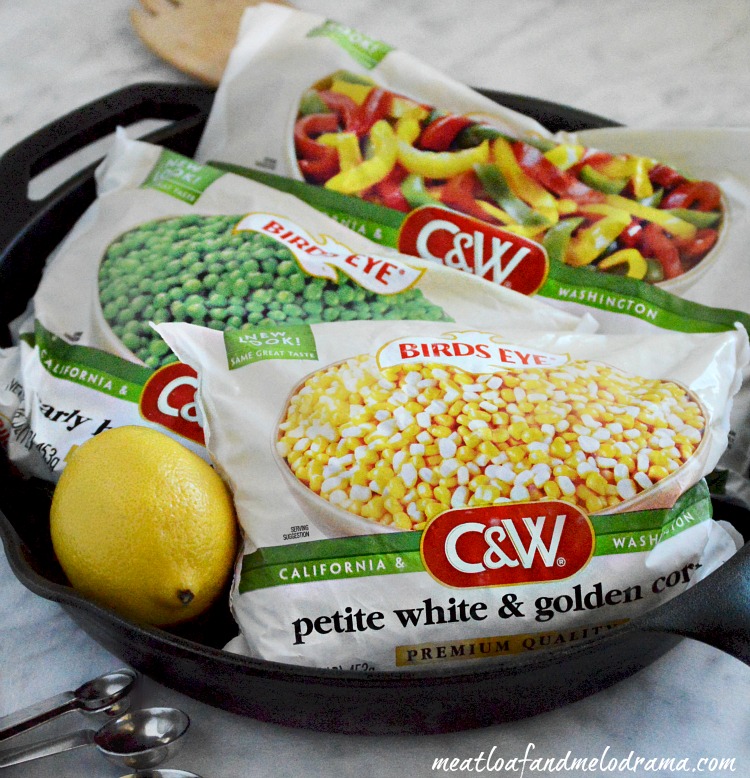 The kids love chicken, so I thought I would make chicken with veggies and quinoa all in one pan. I've been trying to use quinoa instead of pasta whenever I can. It's gluten free, packed with protein and not heavy at all. Plus, I like the nutty taste, and even the picky kiddos do too.

To make this meal even easier, I used chicken tenders. I browned them with some garlic, spices and the frozen pepper strips, and then I removed them from the pan before I added the quinoa.

I wanted this meal to have a little bit of a kick, so I added a small amount of chipotle pepper. If you're not a fan of spicy food, just leave it out. 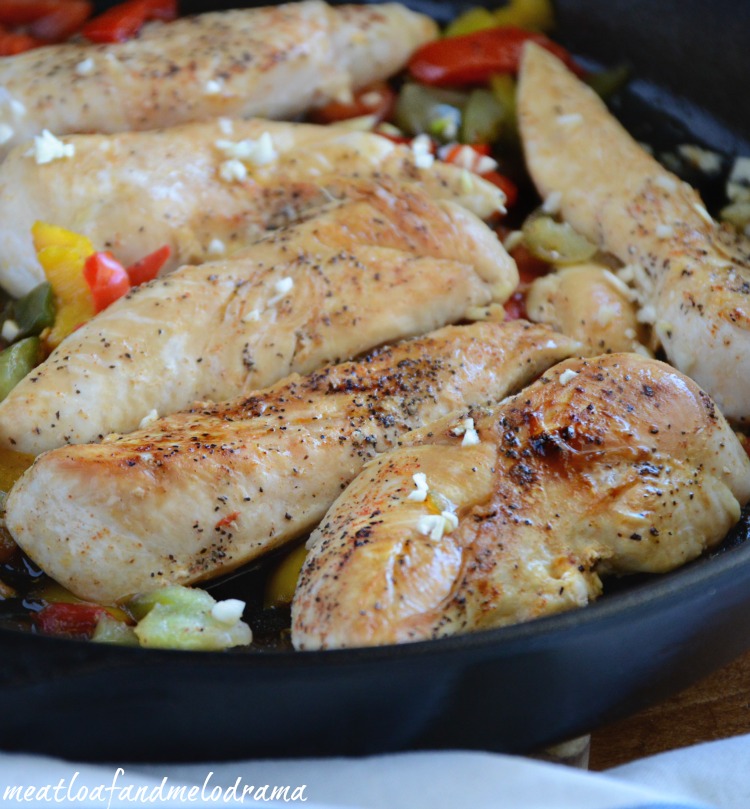 The quinoa takes about 15 minutes to cook, and I added some frozen peas and corn right before it was done. Then, I cut the chicken into smaller pieces and added it to the quinoa and veggies. 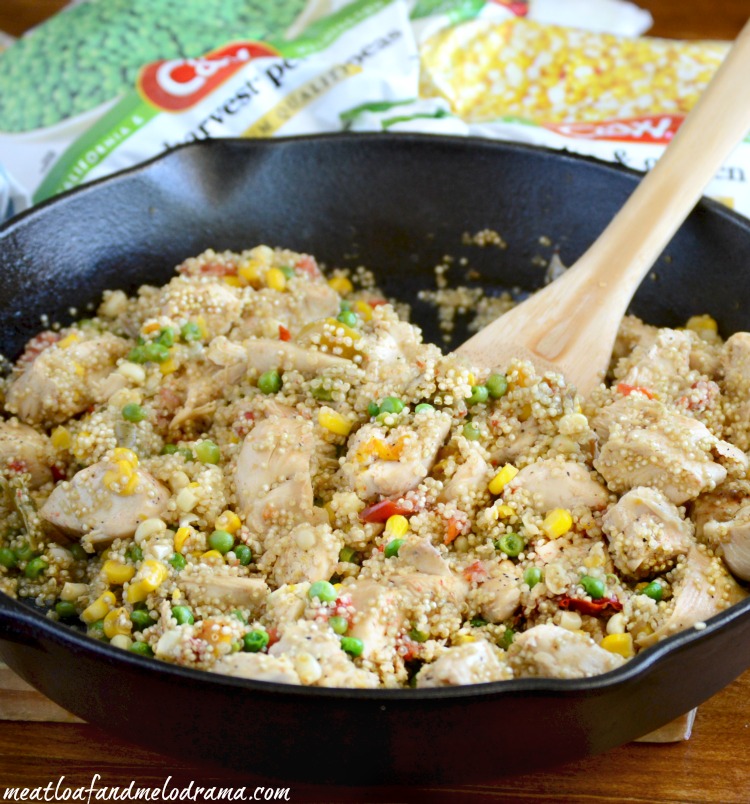 How to Make One Pan Chicken, Veggies and Quinoa 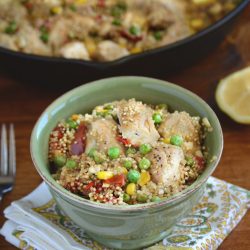 One Pan Chicken, Veggies and Quinoa

Don't the veggies look vibrant?! I just love the colors, and since the quinoa gets mixed in with everything, it's kind of hard to pick the veggies out of this meal. 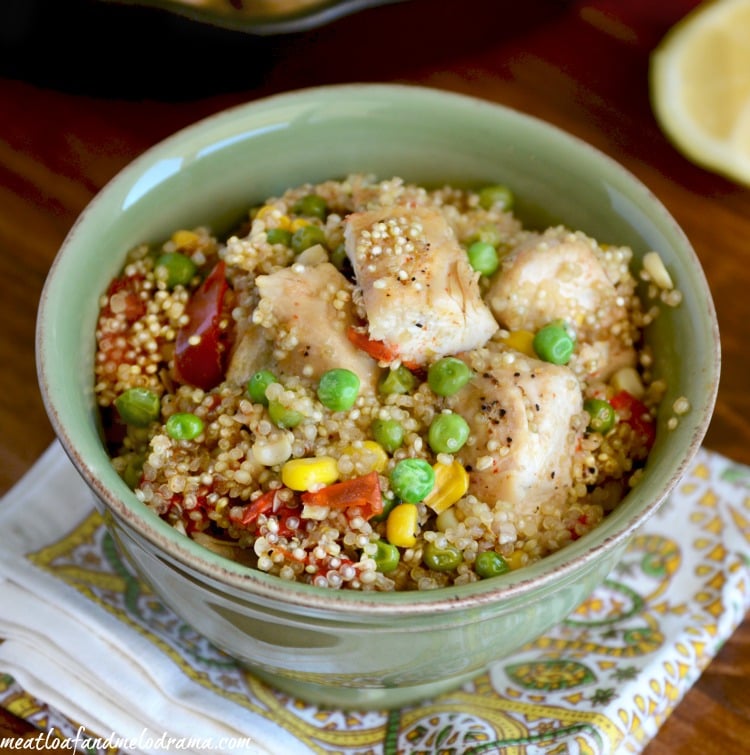 The family honestly loved this one pan chicken, veggies and quinoa, even the picky one. So, making healthy meals for kids who are picky isn't impossible after all.

And since there's only one pan, that means fewer dishes to do. Score another one for mom!