Whip up these mini Hawaiian BBQ Ham and Cheese Sliders in less than 20 minutes, and dinner is served! They're perfect for parties too! 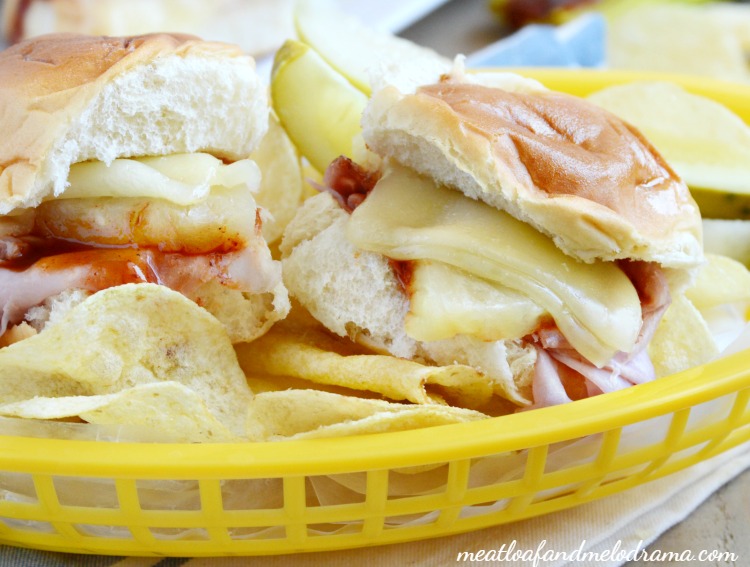 This summer has been all about easy meals. First, we got back from vacation, and then, we brought home a new puppy. And then we've been dealing with a bad case of swimmer's ear -- not me -- my little girl. But, I'm the one staying up with her, and since I'm the one who does most of the cooking, I need something completely uncomplicated.

What else is new, right?

And that brings us to these super easy Hawaiian ham and cheese sliders. I have a similar recipe for plain ham and cheese sliders that the family loves, and these are very similar. They both start out with very thinly sliced ham -- almost shaved. You can use any ham, but my family is from Pittsburgh, and I grew up on chipped ham, which is paper thin and honestly makes the best sandwiches ever.

For these sandwiches, I used King's Hawaiian Rolls, just because the kids love them, and if you're making Hawaiian BBQ sandwiches, it makes perfect sense to use them. You could use any small dinner roll, though. I also added some sweet and tangy barbecue sauce and pineapple slices. 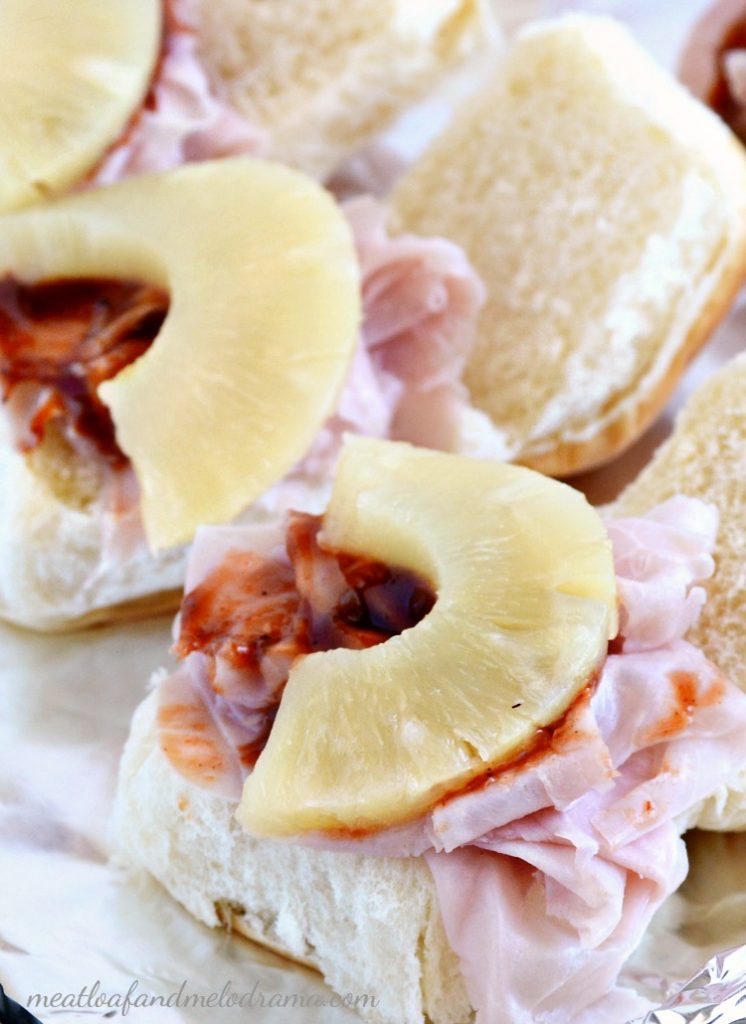 The pineapple totally makes these sliders different from other sandwiches. You get sweetness and a slight crunch that goes so well with the tangy sauce and saltiness of the ham. Oh, and there's plenty of melted provolone cheese.

Can't forget about the cheese! 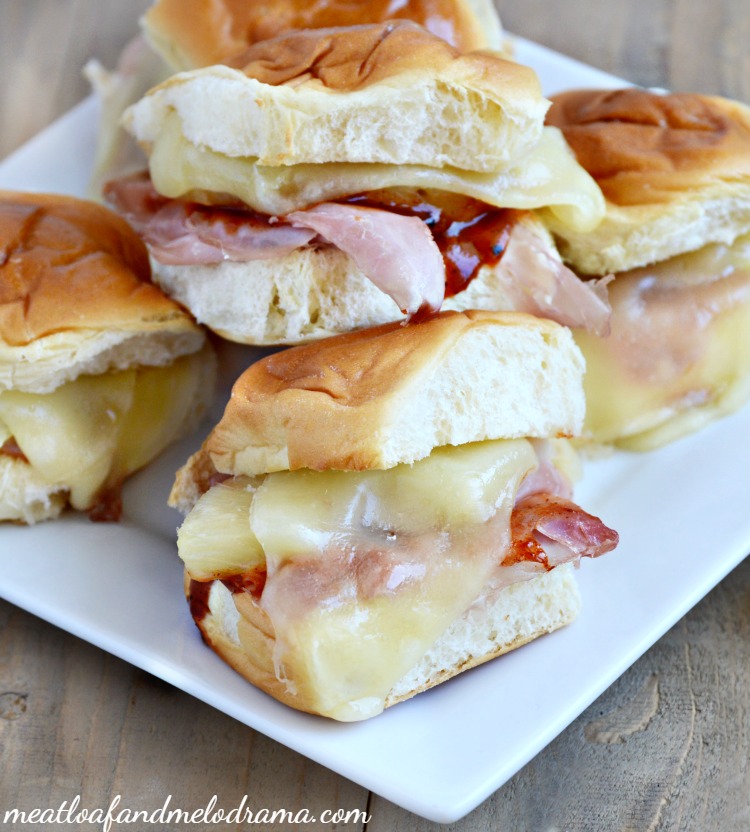 How to Make Hawaiian BBQ Ham and Cheese Sliders 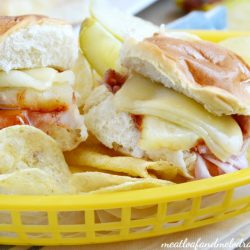 I made these sliders in the oven, and they were done in about 10 minutes -- tops. So, even though it's summer, using the oven for a tiny bit isn't a problem at all. How's that for a quick and easy meal?!

The nice thing about this recipe is that you can make as many as you want. And, because these little sandwiches are practically bite-sized, they make awesome party appetizers or game day snacks. Just make a bunch of these guys in a sheet pan, and you're good to go.

My family absolutely, positively loved these Hawaiian BBQ ham and cheese sliders, and they gobbled them right up In fact, I made another batch for lunch the next day. Told you they're super easy!