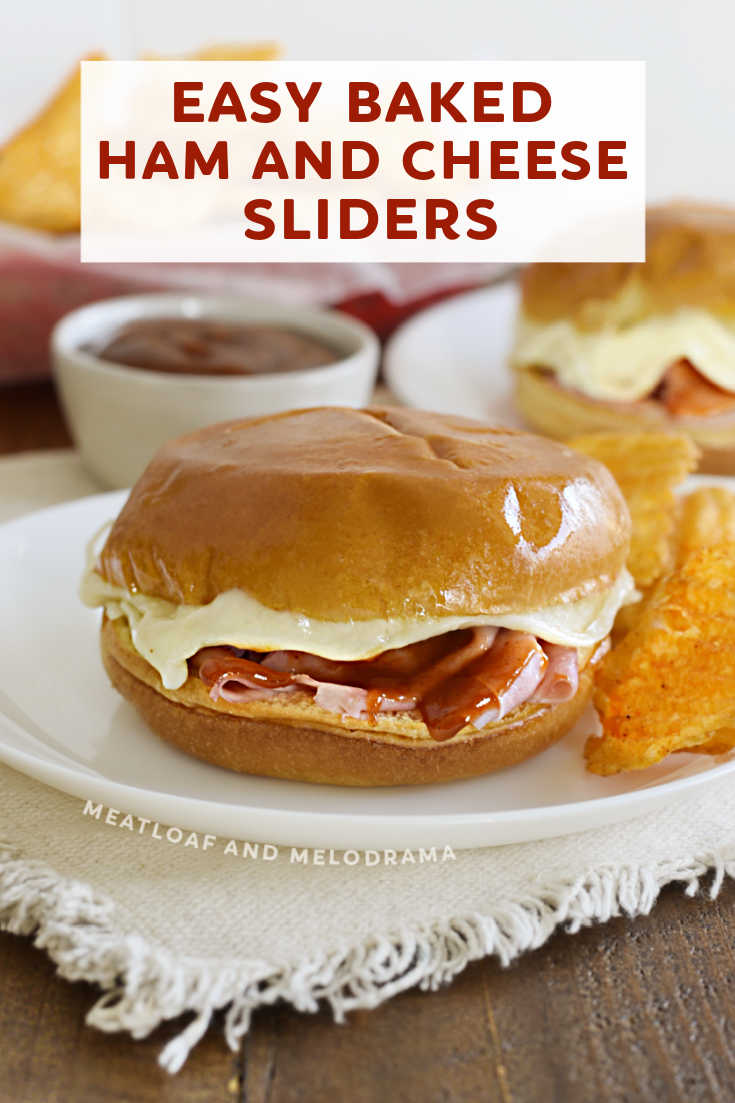 These hot ham and cheese sandwiches are one of my go-to quick dinners. This easy recipe is super delicious, and everyone -- even my picky eater -- loves these sandwiches!

When I make these hot ham sandwiches, I can get dinner on the table in 15 minutes. These sliders are also perfect for game day or when you need to serve a crowd in a hurry.

You can easily make 1, 2 or a bunch of sandwiches at once. Seriously, that's why these baked ham and cheese sliders rock!

What Ham is Best

I personally like the deli ham to be as thin as possible. If you've ever had a chipped ham sandwich from Pittsburgh, you'll understand.

There's just something about super thin, shaved ham that works really well on baked ham sandwiches. Ask the butcher or people at the deli counter to cut paper thin or shaved ham.

How to make Baked Ham and Cheese Sliders with BBQ Sauce

We figured out a long time ago that baking the ham sandwiches all at once is the key to getting them done fast. And, it's so easy, too. We also use small buns and let people choose how many they want.

First, I add some mayo to the top part of the buns. Next, we pile the ham on the bottom part. Then, we brush some barbecue sauce over the ham.

I love stretchy cheese, so we use provolone. We put a thick slice of provolone cheese or 2 on top of the mayo and pop the sliders into the oven, open faced first.

The Hubs is convinced this makes the cheese melt faster. So that's just what we do.

When the cheese starts to melt, we close the buns, top them with aluminum foil and let them cook until the cheese is fully melted and the sandwiches are warm throughout.

If you like crispier buns, you can leave the foil off.

Then, you just top the hot ham sandwiches with even more of your favorite barbecue sauce, and you're good to go. These easy baked ham and cheese sliders with barbecue sauce are perfect for a quick lunch, dinner or even for game day.

They're also completely kid approved, which is a must around here. Plus, you can make as many as you want, so they're absolutely ideal for feeding a crowd.

Use your Favorite Cheese

Don't like provolone? Any stretchy cheese works fine in these sliders. Ham and Swiss is a classic combo, but cheddar, American or Colby also works well. 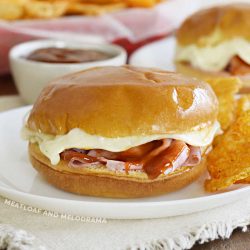 You can adjust the amounts to make as few or as many sliders as you want. Use larger brioche buns for sandwiches instead of sliders. Covering the sliders loosely with foil after you put the top buns on will keep the buns soft.