Instant Pot Beer Ribs are made with beer in the pressure cooker, slathered with homemade orange BBQ sauce and grilled to perfection.  These fall-off-the-bone ribs are perfect for cookouts, tailgating and summer cookouts! 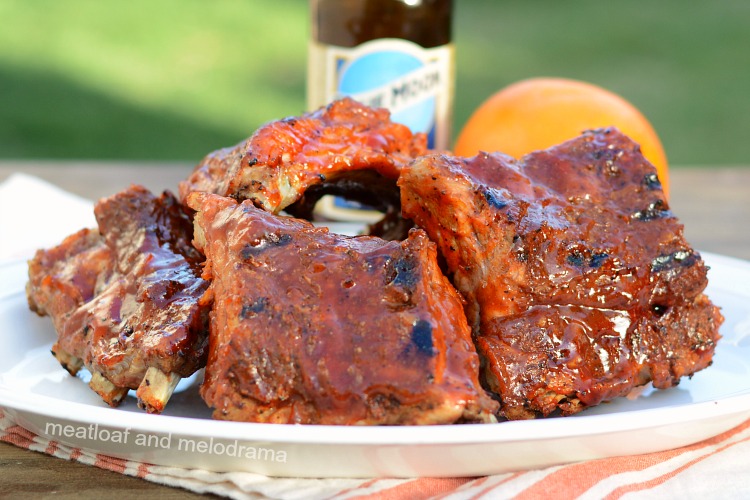 Let me say one thing -- Yes, you can cook with beer in the Instant Pot! Use it in place of vinegar or apple juice for some of the best Instant Pot ribs ever!

So, I usually use apple cider vinegar for cooking liquid when I make ribs in the Instant Pot. You can't taste it in the ribs, but you can definitely smell it while they're cooking. And that's the only part of my usual Instant Pot ribs recipe that I don't like.

But the other day, we were completely out of apple cider vinegar -- bad planning on my part! I had everything I needed to make ribs, which is one of our favorite Instant Pot recipes, by the way, except the vinegar. So instead of using plain water, I found some beer and used that instead!

You can use any beer in the pressure cooker, but we had some Blue Moon left over from a party, so I used that. It gave the ribs a slight citrus flavor that was downright delicious -- no weird smell, either! And to complement the flavor of the ribs, I whipped up a quick orange-flavored barbecue sauce. Double yum!

How to cook ribs with beer in the Instant Pot

There isn't anything different about making Instant Pot baby back beer ribs instead of the usual baby back ribs. Just add the trivet to the pot, and then, pour in the beer.

I have to add that the ribs don't sit in the beer, so need to worry if you're nervous about cooking with alcohol. One bottle of the Blue Moon is just about 2 cups of liquid, which is perfect for the 8-quart Instant Pot.  If you're using the 6-quart, you'll have some extra beer to work with, and you can drink it or not! 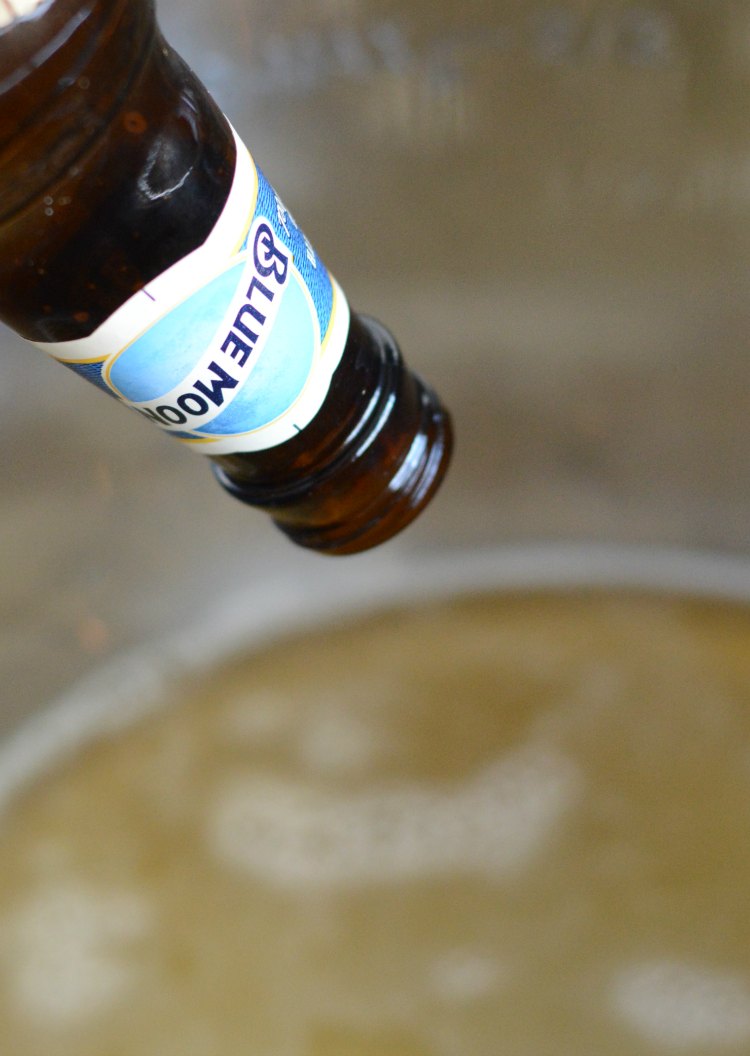 Give your ribs a nice seasoning massage, and add them to the pot. I use my favorite spice blend, but you can use your own or try mine! 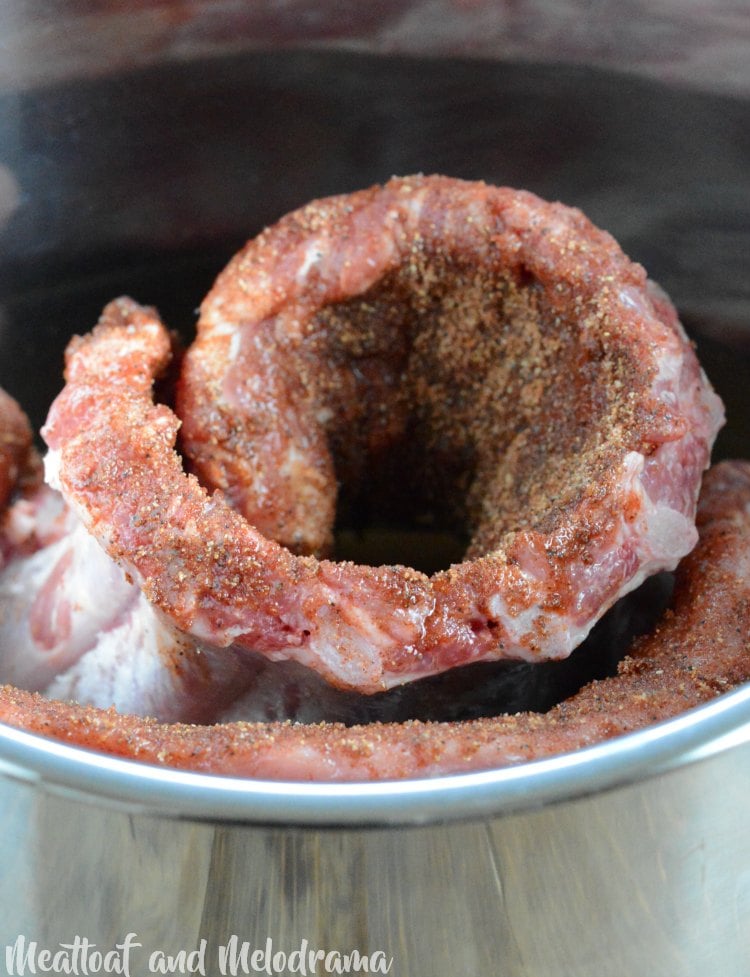 When the ribs are done, you want to slather some of that amazing orange BBQ sauce over them. You can also use your favorite bottled sauce if you want. 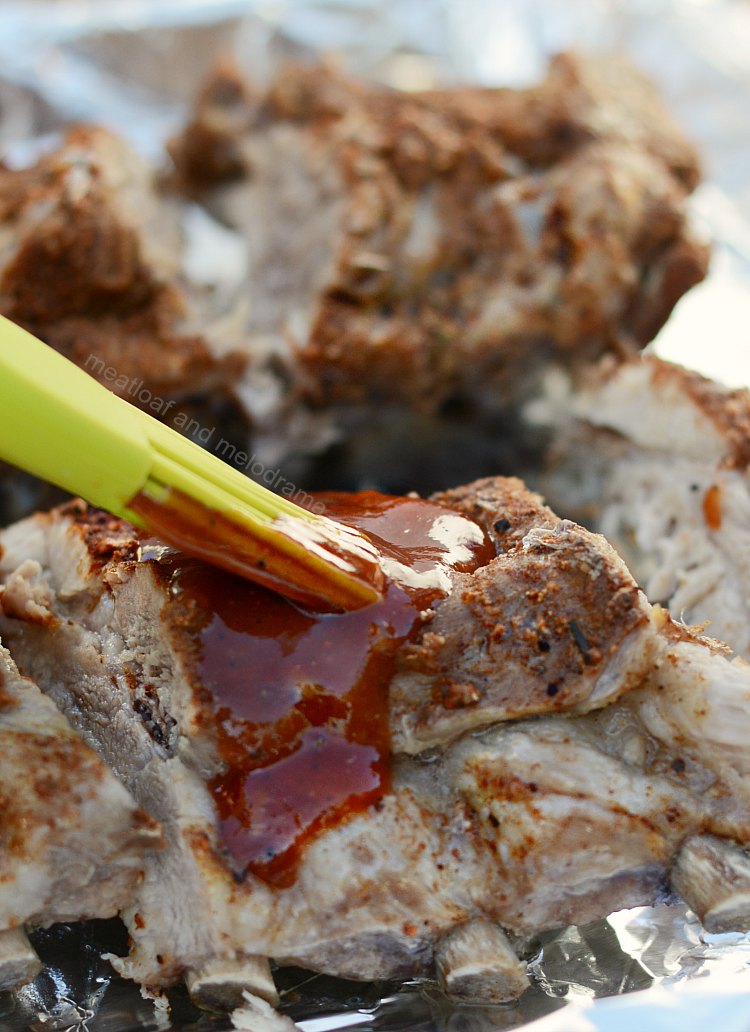 Next, get these babies on the grill! You can also pop the ribs under the broiler, but if the weather is good, definitely throw them on the grill for few minutes. Trust me, you guys -- you'll love them! 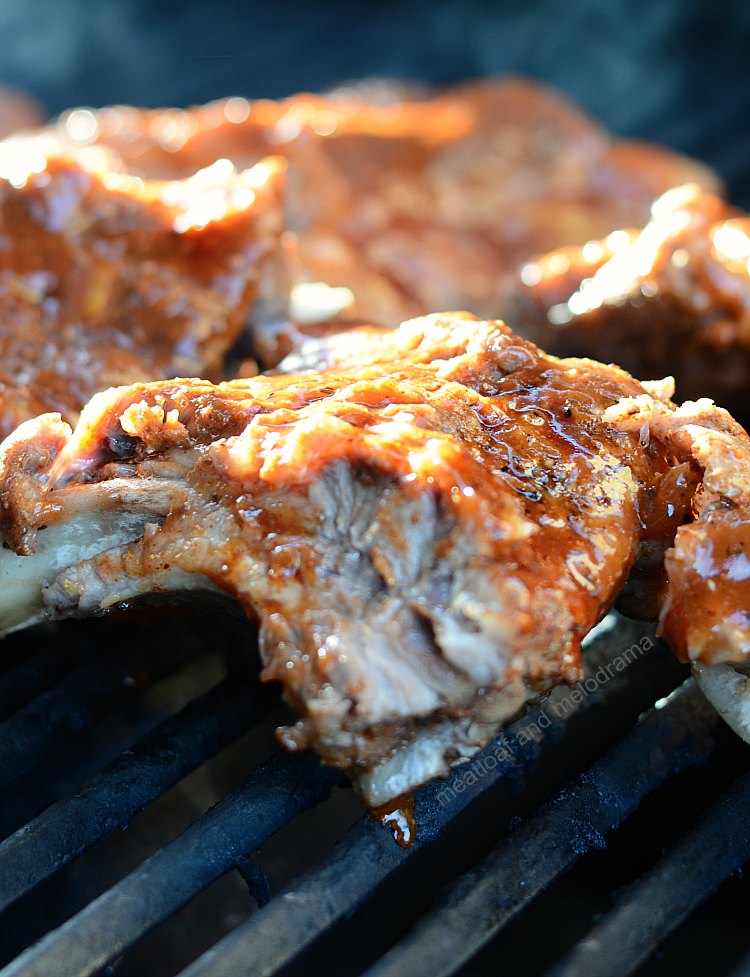 And that's all there is to it. The Instant Pot does most of the work, and the grill just adds some extra flavor and crisp texture.

You have amazing, perfect fall-off-the-bone ribs in less than an hour. These Instant Pot beer ribs are perfect for cookouts, tailgating and parties. And don't forget about Father's Day! 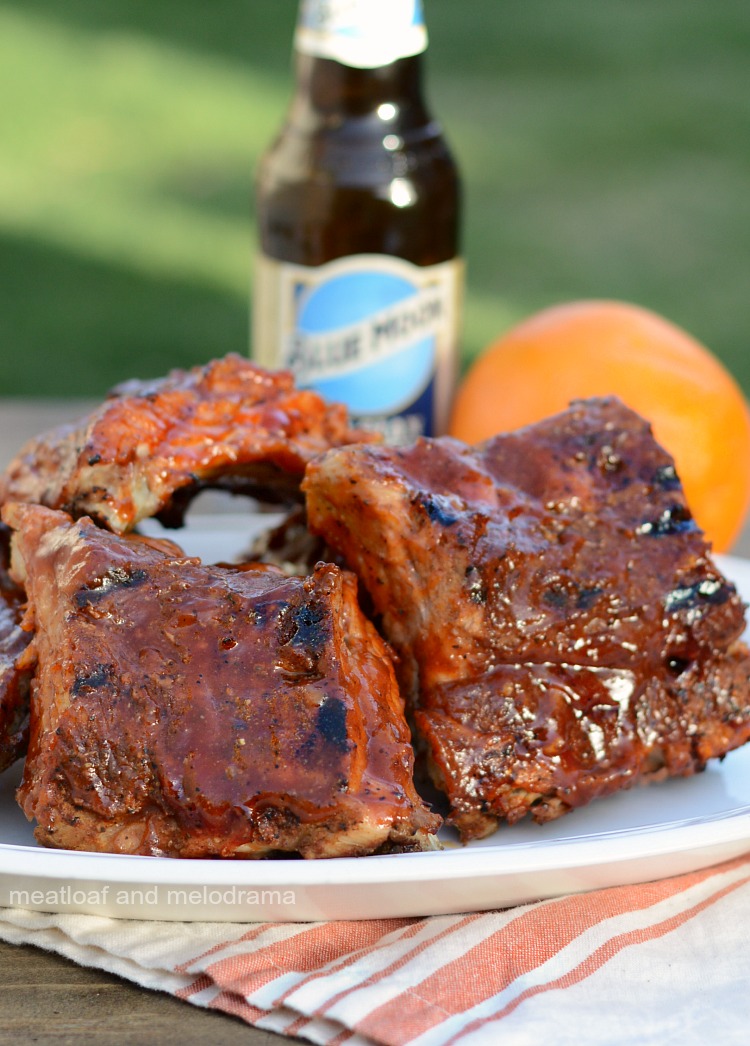 How long do you cook ribs in the Instant Pot?

It depends on how  you like your ribs. If you like ribs that fall off the bone, you 'll want to cook them for 20 to 25 minutes in the pressure cooker. For ribs that are chewier, cook them for 16 minutes.

What do you serve with Instant Pot beer ribs?

You can serve your favorite side dishes. Or, try these easy Instant Pot side dishes: 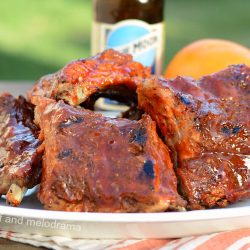 For the BBQ Sauce

For the BBQ sauce

Recipe was made in 8-quart Instant Pot electric pressure cooker, using 1 12-ounce bottle of Blue Moon Orange Valencia beer as a liquid. Can use any beer, but flavor may not be the same 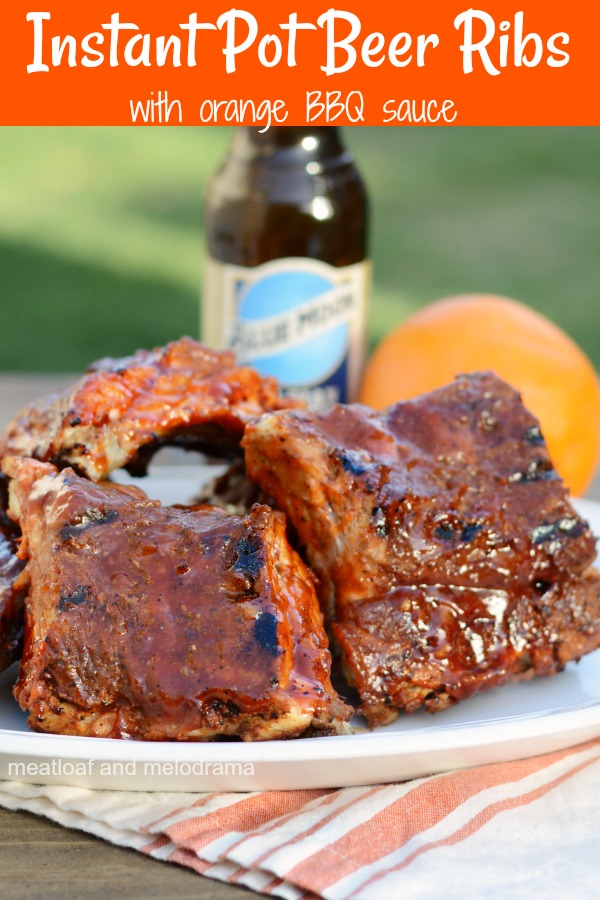 I hope you enjoy these easy Instant Pot beer ribs as much as we do!