Why settle for ordinary hamburgers when you can have these juicy Jalapeno Jack Burgers topped with cool and creamy cilantro lime sauce? 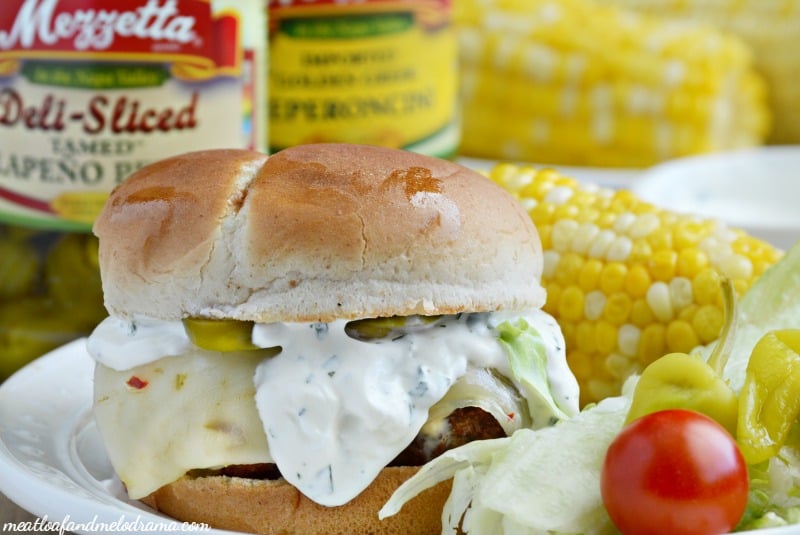 This post was sponsored by Mezzetta, but all opinions are my own.

It's grilling season, friends, and I don't know about you, but our grill is definitely getting a workout. We probably cook burgers on the grill more often than anything else -- mostly because I think they taste better this way. And, the Hubs is the resident grill master, so he usually takes charge, and that means that I only have to focus on the sides --woo hoo!

Any burger is pretty awesome, but I wanted to spice things up a bit. Since we're in the beautiful Desert Southwest, we eat a ton of Mexican food, so it seemed natural to whip up some spicy jalapeno burgers.

I always have fresh jalapeno peppers on on hand, but since not everyone in the family can take the heat, it was Mezzetta to the rescue!

I've been using their peperoncini peppers for ages. I grew up on them, and I usually add them to salads, sandwiches and anything else I can think of. So when I picked up another jar of the peperoncini, I also bought a jar of mild, aka Tamed, sliced jalapeno peppers to add to the burgers. These still have some heat, but not too much. 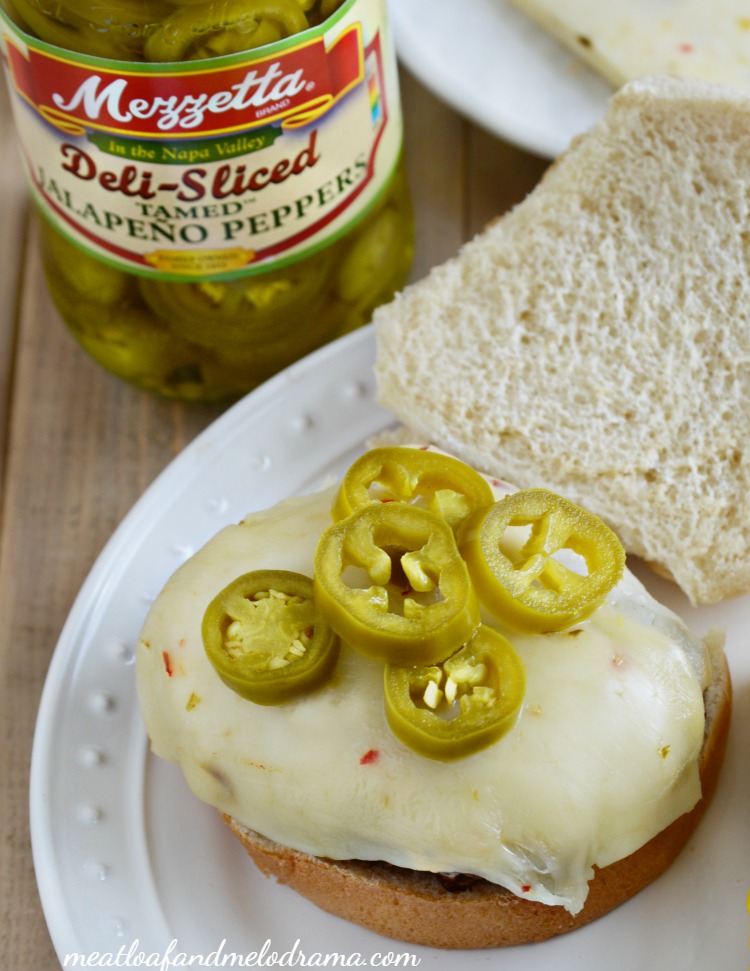 I cut up some of these peppers and added them to the ground beef along with a few other ingredients. We always keep the seasoning for burgers pretty simple and add extra flavor with the toppings.

When the burgers were done, we topped them with some spicy pepper jack cheese slices, and I couldn't resist adding a few extra jalapeno slices to mine.

I also made some cilantro lime sauce. 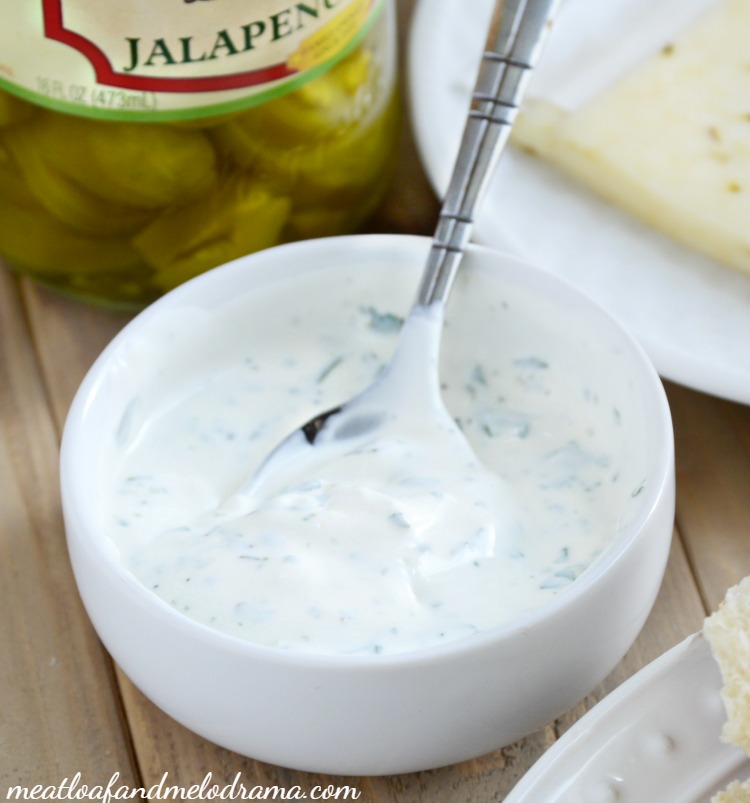 It's cool, creamy and helps tone down the heat. It's the perfect complement to these flavorful cheeseburgers. 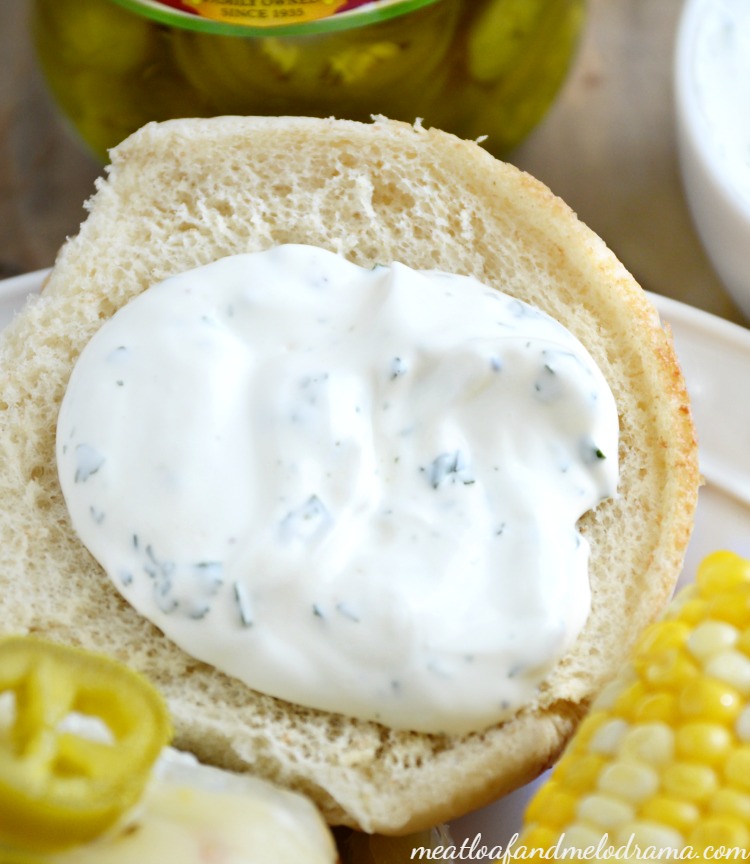 How to Make Jalapeno Jack Burgers with Cilantro Lime Sauce 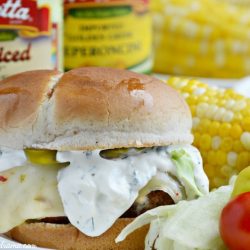 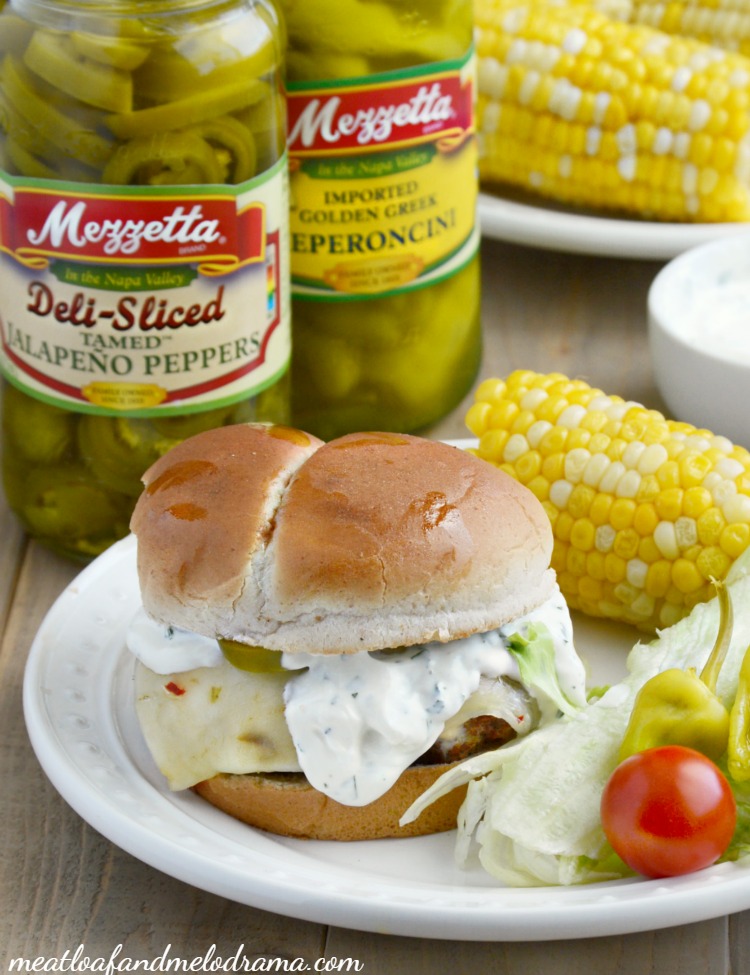 Do you have a favorite way to grill burgers? Inquiring minds would love to know!