Skinny Monkey Smoothie Pops are made with fresh fruit, almond milk and peanut powder. These protein-filled frozen summer treats are perfect for kids of all ages! 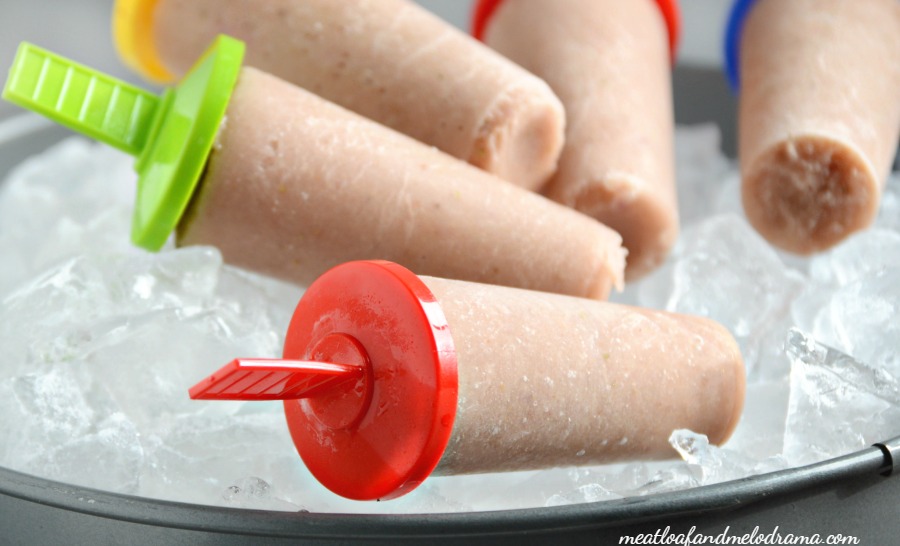 So a few months ago, I shared a recipe for a breakfast smoothie that was high in protein but low in fat and calories. It was actually a makeover of one of our favorite smoothies -- the Funky Monkey. The original recipe used peanut butter and milk, and the makeover used peanut powder and almond milk, so it had the same great taste but was a lot lighter. We named this new smoothie the Skinny Monkey. We loved this smoothie so much that it quickly became one of our favorite breakfasts.

I told the kids that we would have to make smoothie pops when the weather warmed up, and that's exactly what we just did! Well  actually, my oldest two made them when I was on a field trip with my younger daughter, although they texted me several times for advice.

Smoothie pops are super easy to make. Basically, you just prepare the smoothie as usual, but instead of pouring the mixture into glasses, you pour it into ice pop molds, instead.

After about four hours or so, the ice pops are ready to eat! Easy, peasy. 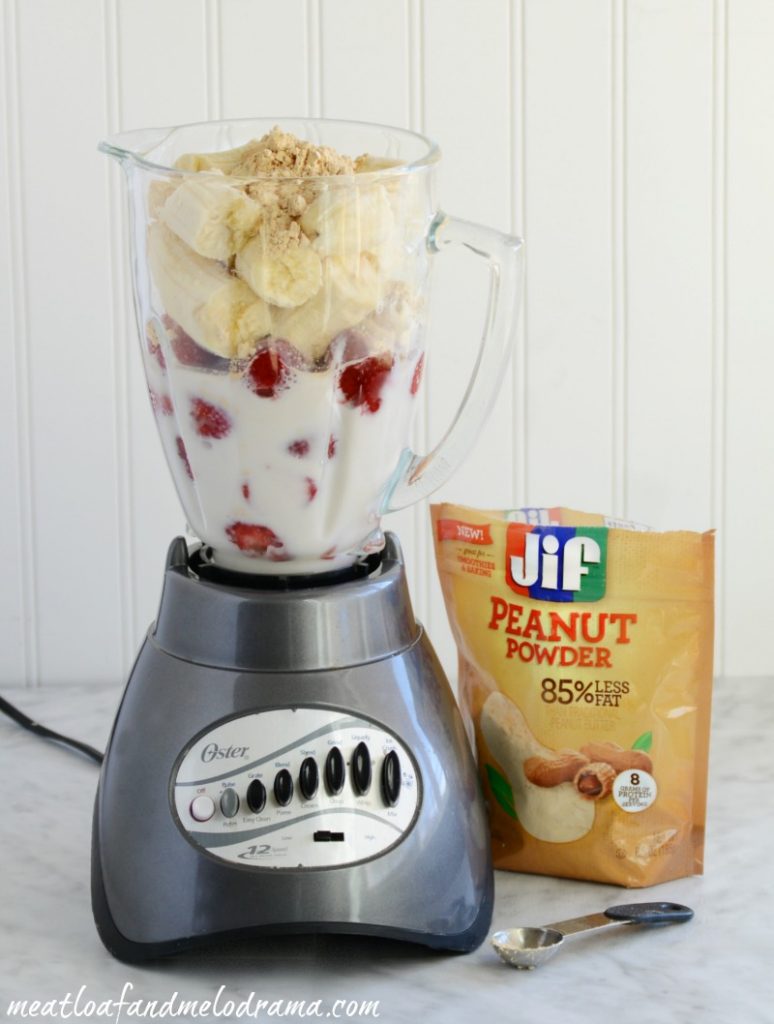 The only changes we made for this particular recipe were minor. We reduced the amount of peanut powder since these aren't for breakfast, although you could probably eat them for breakfast if you wanted to.  And since fresh strawberries are everywhere now, we used them instead of frozen ones.

Everything else stayed the same as it was in the original recipe. 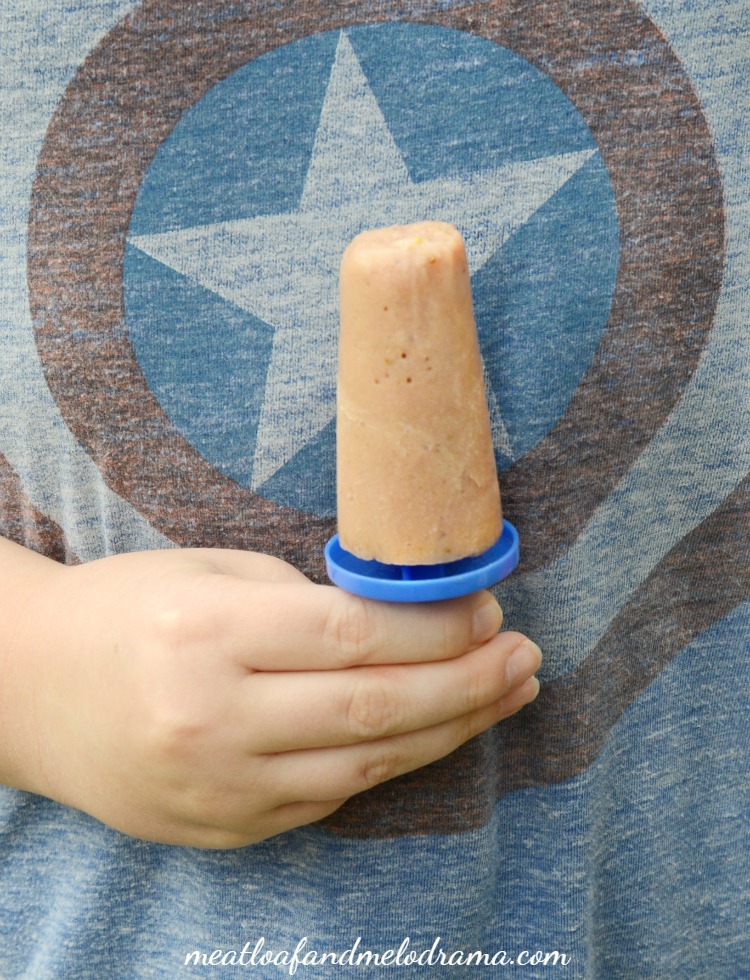 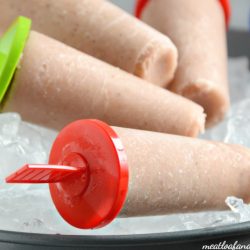 The kids like to have ice pops after they go swimming or after they've been playing outside, and these make perfect snacks. They're all natural, and they're a little more substantial than plain ice pops, so they're good if you're hungry. 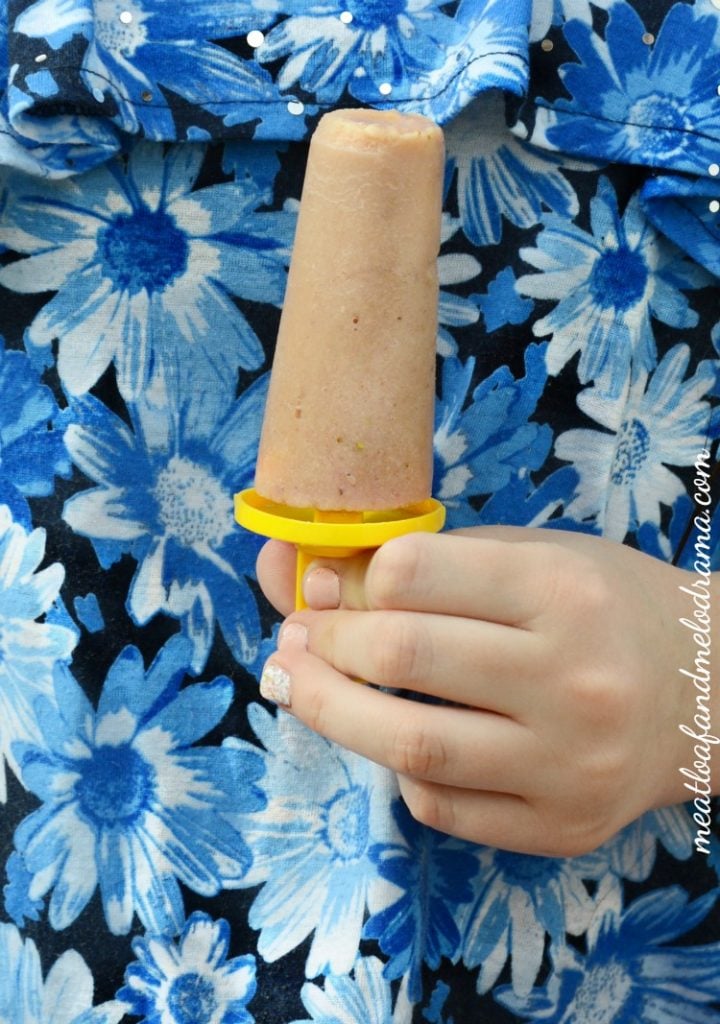 The kiddos just loved them! 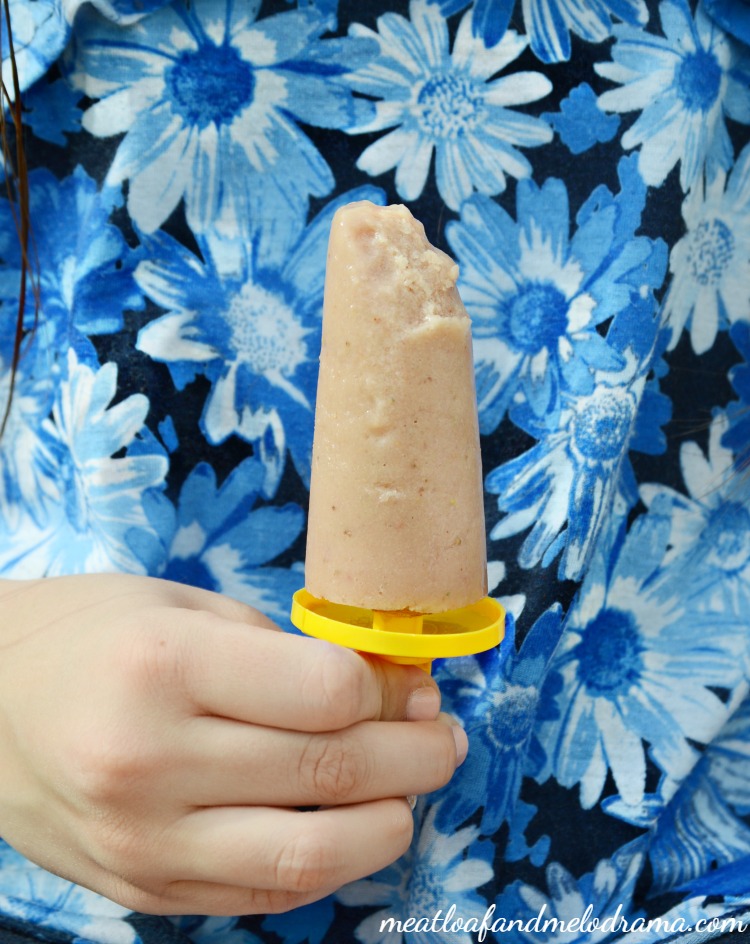 You can taste the peanut powder, but it's not overwhelming. One of my teens doesn't really like peanut butter, but she likes these. She especially enjoys having one of these pops after she works out.

The Skinny Monkey Smoothie Pops are dairy free, gluten free and can easily be made vegan if you want. Of course, if you don't have almond milk, regular milk works too.

Have a super day, friends.