White bean pumpkin hummus is a light and savory dip that’s perfect for fall. Serve it with crackers or toasted bread rounds as an easy appetizer or snack. 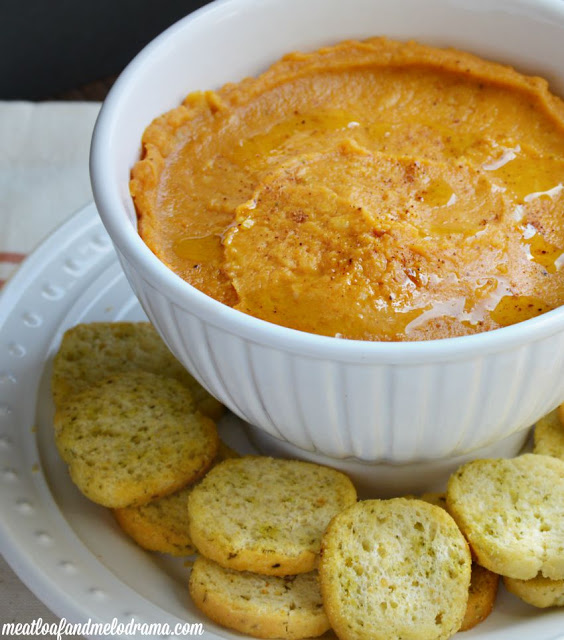 The Hubs was the person who first mentioned white bean hummus to me. He heard the recipe on the radio a couple of months ago and thought it sounded pretty decent. I love chickpeas and traditional hummus, so I was the one who was initially skeptical.

But the more I thought about it, the more appealing the idea seemed, especially when I thought about making it a fall recipe by adding some pureed pumpkin. My kids love dips, and since pumpkin is loaded with nutrients, I thought it would make a wonderfully tasty snack.

This doesn’t quite have the same texture as traditional hummus. In fact, it’s a little bit closer to a light and fluffy pumpkin dip, although it’s savory instead of sweet. But it still tastes incredible, and once you start dipping, it’s hard to stop! 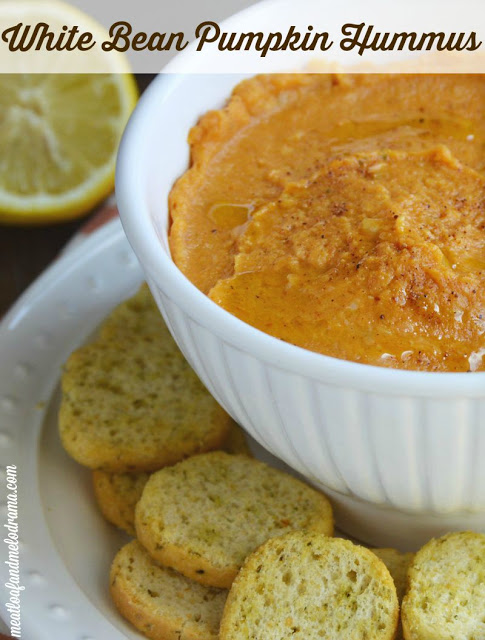 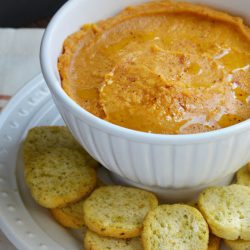 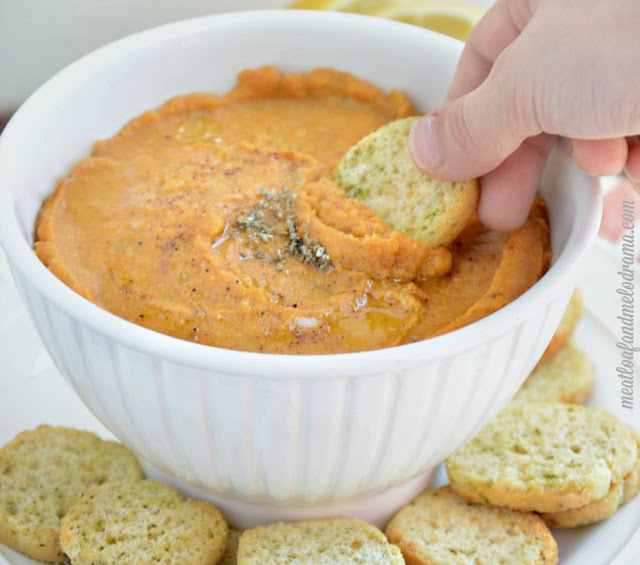 I picked up some toasted bread rounds at the store the other day, and they are ideal for scooping up hearty dips like this one. My little guy even made some mini sandwiches by spreading some pumpkin dip between two pieces of the toasted mini bread slices. 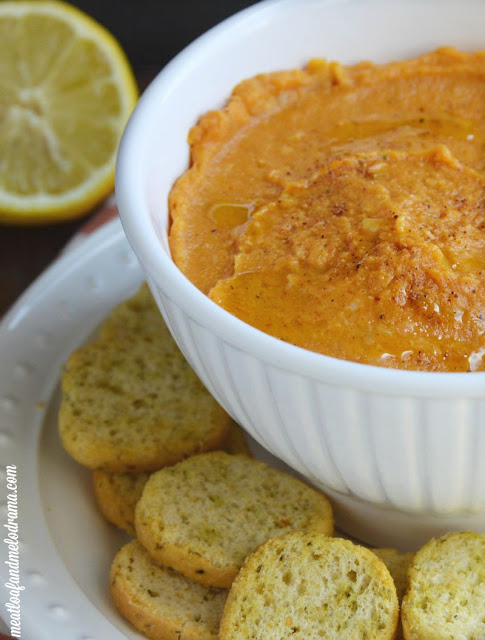 You can this white bean pumpkin hummus with pita bread, raw veggies, chips, toasted bread rounds or just about anything you like. I even had a few bites for breakfast today!

Thanks so much for stopping by. I hope you enjoy this dip as much as we did! 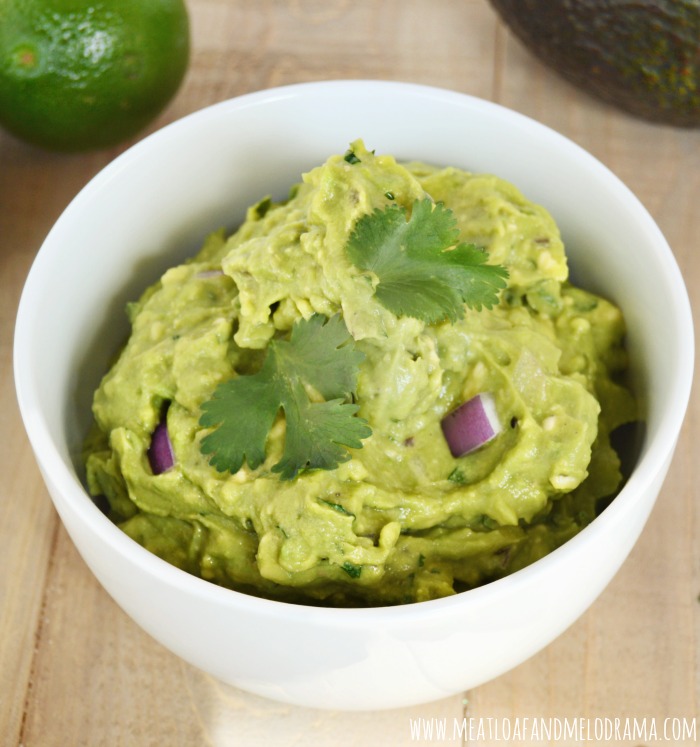 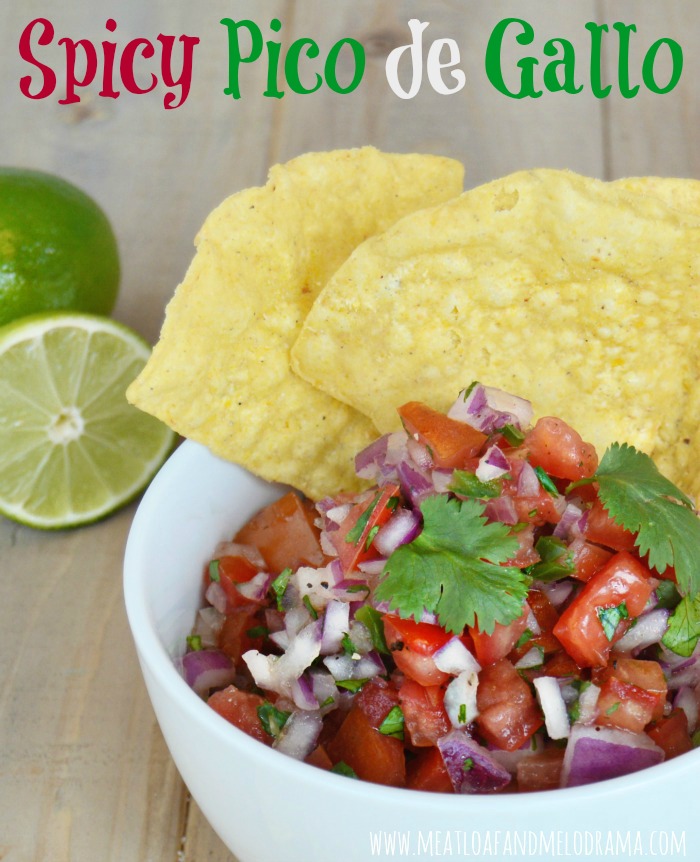 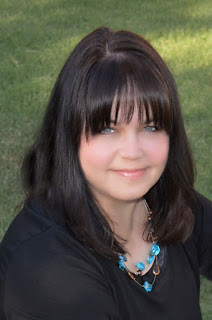 I’m the blogger, chief cook, recipe developer and photographer behind Meatloaf and Melodrama. I absolutely love to create easy, budget-friendly, homemade meals and treats for my family. I also love to think of new ways to repurpose leftovers so that my family will actually eat them! Read more... 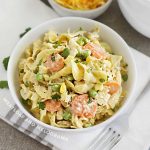 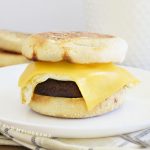 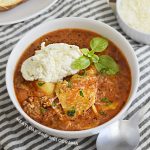 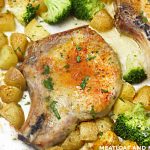 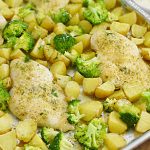 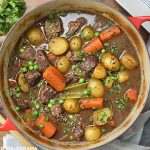 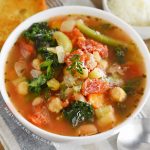