Start the day off on a sweet note with these Easy Banana Cinnamon Pancakes topped with honey. Make them on the weekend and enjoy them again during the week! 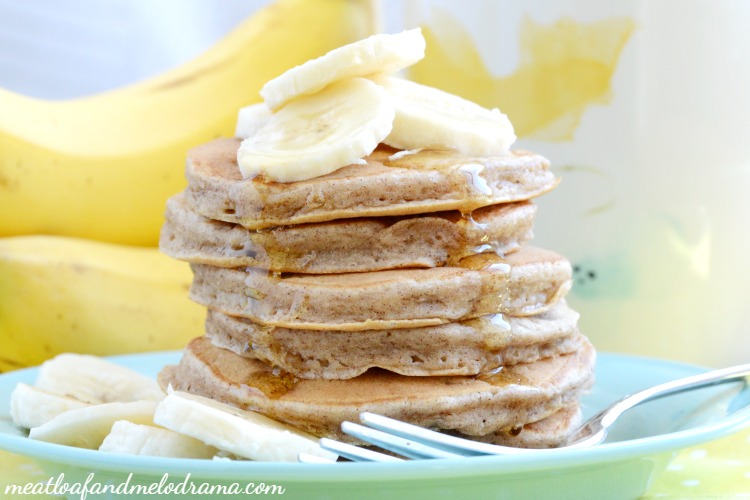 Weekends were made for pancakes, or maybe pancakes were made for weekends. Anyway, my kids love pancakes, but I only have time to make them on the weekends. We don't have them that often, but when we do, I like to make extras so that I can re-heat them for breakfast during the week.

And instead of making  a few large ones, I think it works better to make a bunch of smaller pancakes, instead. For one thing, they're easier for the kids to eat. And, they're not as filling as bigger ones, so you can have a little stack and not feel completely stuffed!

Fall is all about pumpkin pancakes, and in the summer, we top them will loads of fresh fruit. But banana pancakes are perfect anytime! 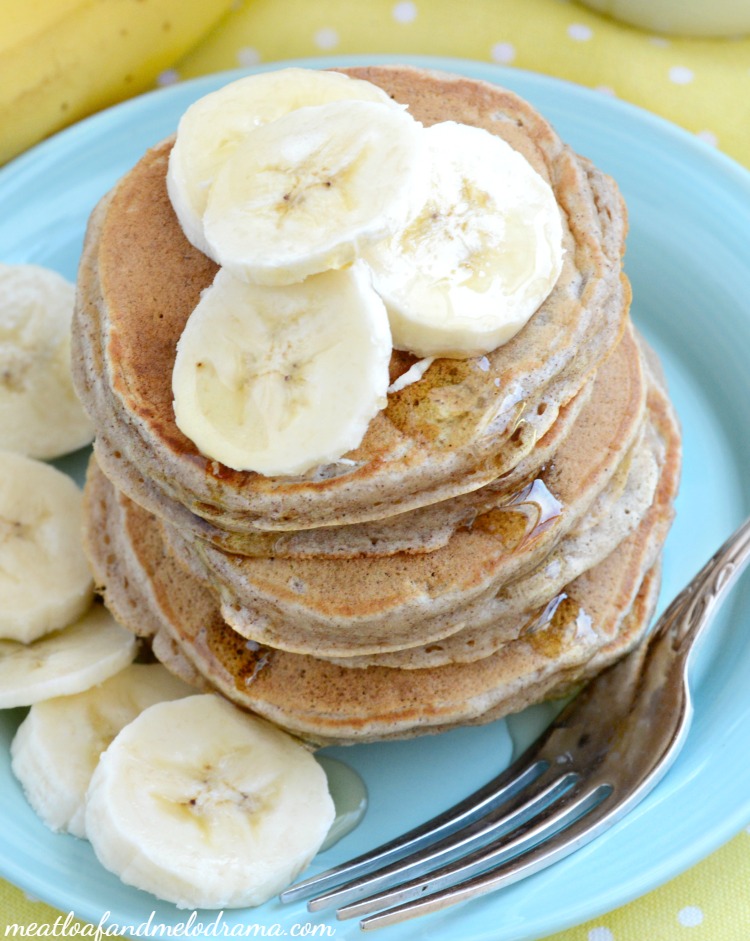 These are so easy to make, and since we always have bananas on the counter, I can whip up a batch for breakfast whenever we feel like it.

I use our favorite recipe for pancakes and add a couple of ripe mashed bananas. Then, for a little extra flavor, I also add a heaping tablespoon of ground cinnamon. I'm slightly obsessed with this spice, and I try to sneak in a pinch to any recipe I can.

The Hubs doesn't share my enthusiasm for cinnamon. In fact, the other day, he even asked me why I add it to almost everything. But hey, I think it's right up there with chocolate and bacon! 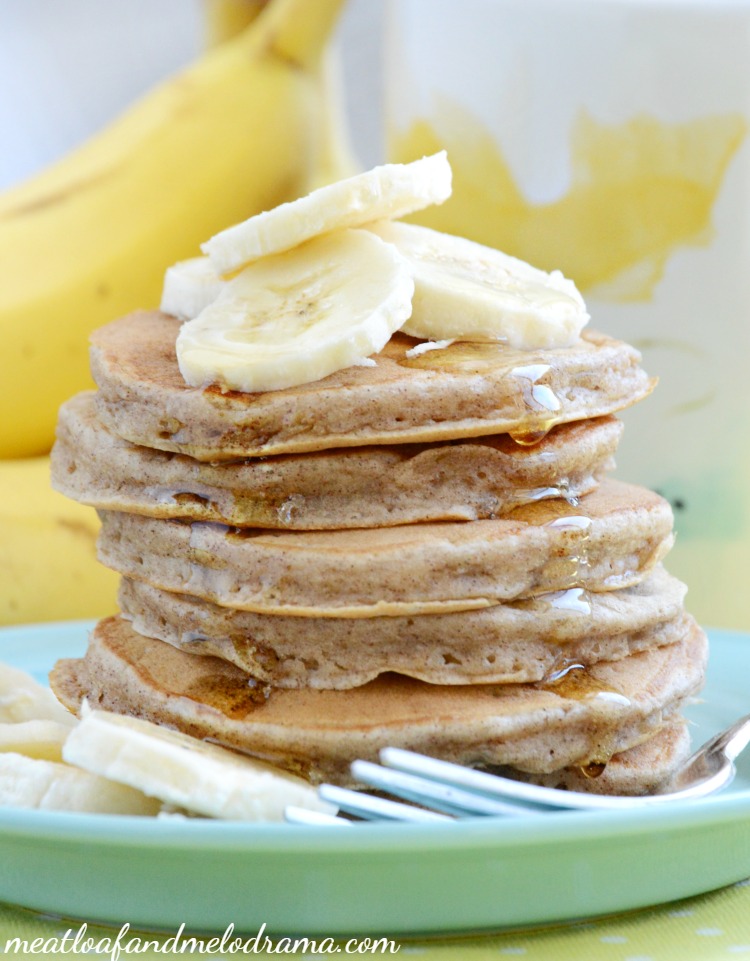 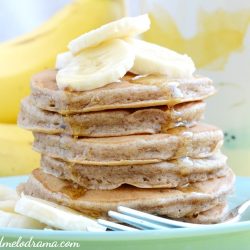 I like to serve these easy banana cinnamon pancakes with extra banana slices and a drizzle of honey on the top. You get sweetness from the bananas and honey, and you get a taste of spice from the cinnamon -- yum! It doesn't get much better than this.

I store the leftover pancakes in the fridge and pop them in the microwave so that the kids can enjoy them before school during the week.  It's a sweet way to start the day!