You only need one bowl to make these Easy Pumpkin Spice Waffles. Make a batch on the weekend and pop them in the toaster for breakfast during the week! 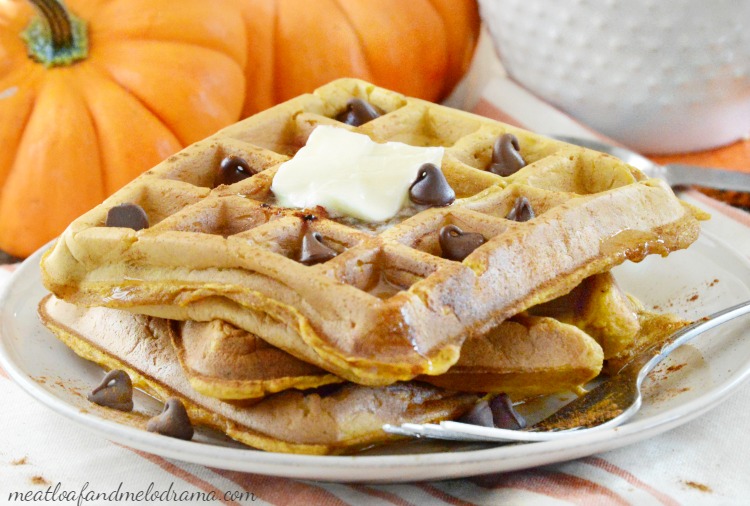 Hey hey hey -- It's the first pumpkin recipe of the season! Are you excited, or don't you really care? I think people basically fall into two groups -- They either love it or hate it.

And moi? I happen to love fall and all that goes with it, including all things pumpkin. Yes, I'm one of those people.

The Hubs and my picky teen are on the other side, and they aren't pumpkin fans. But, the rest of us are, so we just had to kick off the season by adding some pumpkin puree to our favorite waffle recipe. And even though the picky people claim to not be pumpkin fans, they ate these waffles up anyway. 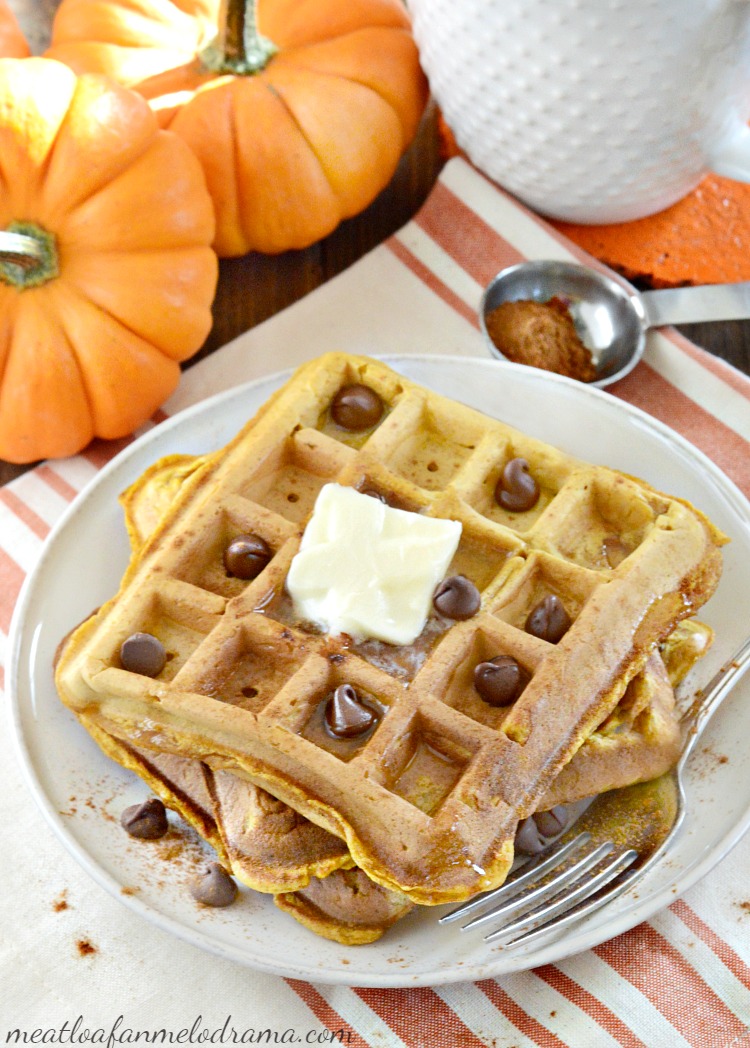 This recipe is pretty balanced in terms of pumpkin flavor, so I think even the pumpkin haters can enjoy these waffles without a problem. You can definitely taste the pumpkin, and you can taste the cinnamon and other spices. You just won't be overwhelmed with it.

It's also a very easy waffle recipe. You just mix everything up in one bowl, and the batter is ready to go.

You can also save the leftover waffles and reheat them in the toaster later. My kids love having homemade waffles for breakfast before school! 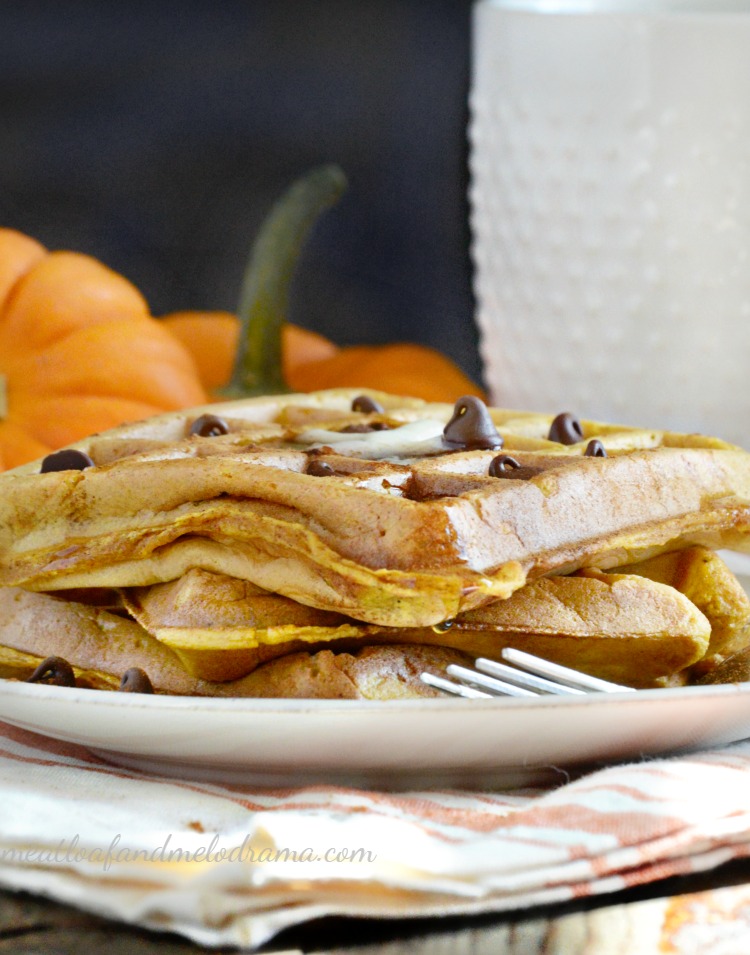 I have a Belgian waffle maker, but this recipe works with any kind of waffle maker. I got about 12 extra-thick waffles from this batter, but you may have more or less, depending on the appliance you use. 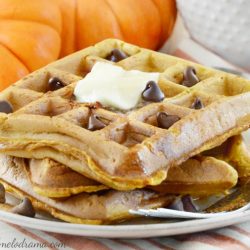 We topped these easy pumpkin spice waffles with butter, maple syrup and a little bit of ground cinnamon. Oh, and the kids added a few chocolate chips to theirs. And even though you can go all out with the toppings, you may not want to. These may just be all you really need.