I've got another fun eggnog recipe for you today. My kids are crazy about the stuff, and the Hubs scooped up several cartons the last time we were at the store. So when we got home, I whipped up these Eggnog Cupcakes with Eggnog Buttercream Frosting. So, maybe I went a little overboard, but these little holiday treats are just scrumptious! 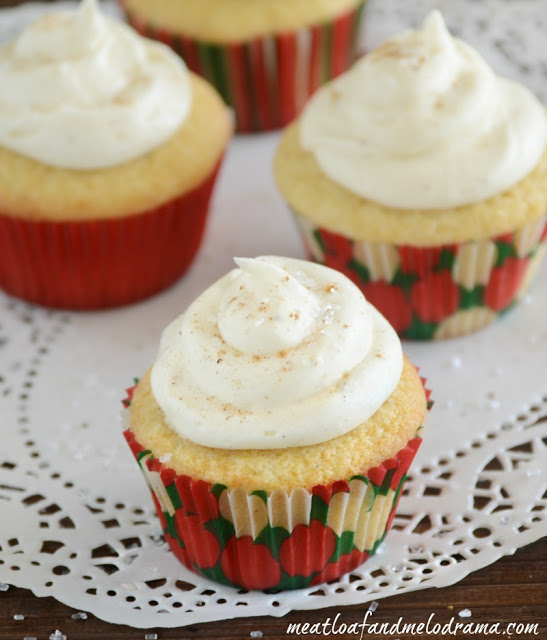 I'm all about stocking up on food when it goes on sale, but the Hubs takes it to a new level. If you could look into my pantry right now, you would see a nice stash of canned pumpkin puree that he found marked down right before Thanksgiving. This is fine, but let's just say that we're taking a little break from pumpkin right now.

So anyway, there was a sale on eggnog, and that's why we have several bottles in the fridge right now. Since we had so much eggnog to work with, I decided to go all out with the cupcakes, and I added some to the batter and to the frosting.

This is the kind of recipe that you can easily make with a cake mix and canned frosting, but I wanted these to be extra special, so I made the cupcakes completely from scratch. I just used my favorite recipe for white cake and added eggnog and different spices. I did the same with the buttercream frosting. 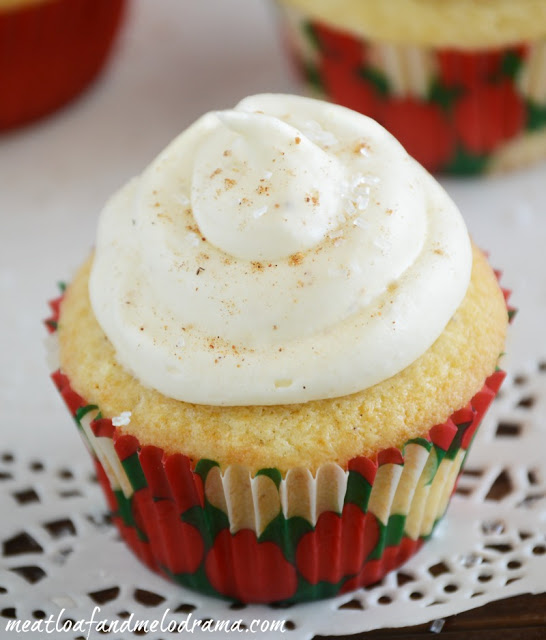 In a large mixing bowl, add the flour, sugar, salt, baking powder, nutmeg and stir.
Add the butter, eggs and eggnog, and mix until combined.
Pour batter into muffin tins, which have been lined with paper baking cups, about ⅔ full, and bake at 350 degrees for about 20 minutes, or until tops are set and a toothpick comes out clean.
Remove from oven, and let cool completely before frosting. Makes 24 cupcakes.

For the frosting, mix the butter and vanilla together until creamy.
Gradually add the sugar and eggnog, and beat until fluffy. You can gradually add a little more eggnog to get the right consistency to frost the cupcakes. If the frosting seems runny, it will firm up in the refrigerator after the cupcakes have been frosted. 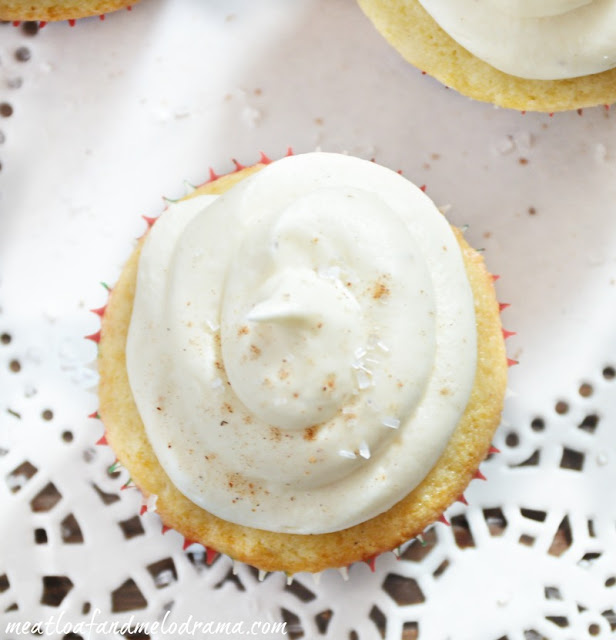 Out of curiosity, how do you eat your cupcakes? I like to make the frosting and the cake come out even, but the kids tell me I'm doing it wrong. They like to eat the entire cupcake and then eat the frosting by itself -- ugh! That's just way too sweet for me, even though this frosting isn't overly sweet!

These are the same people who wanted to drink eggnog along with their cupcakes, and even I think that's a bit much. On the other hand, eggnog cupcakes pair beautifully with a cup of hot coffee. Just saying! 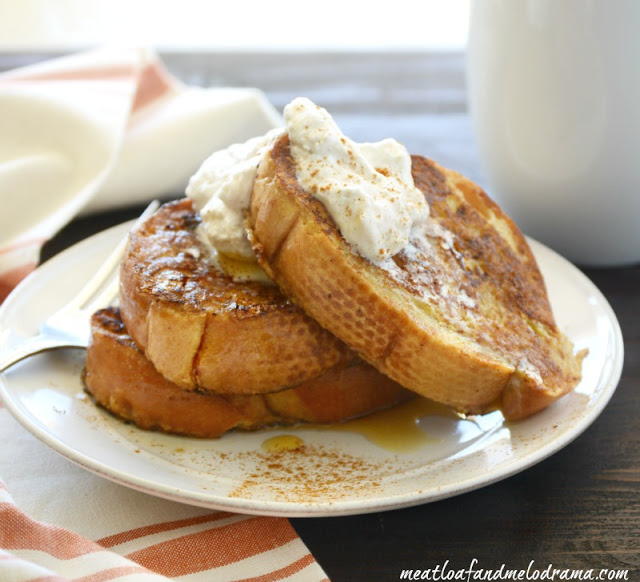