Make Instant Pot Ham with orange cranberry sauce in the pressure cooker in less than an hour. The easiest way to cook spiral cut ham for the holidays! 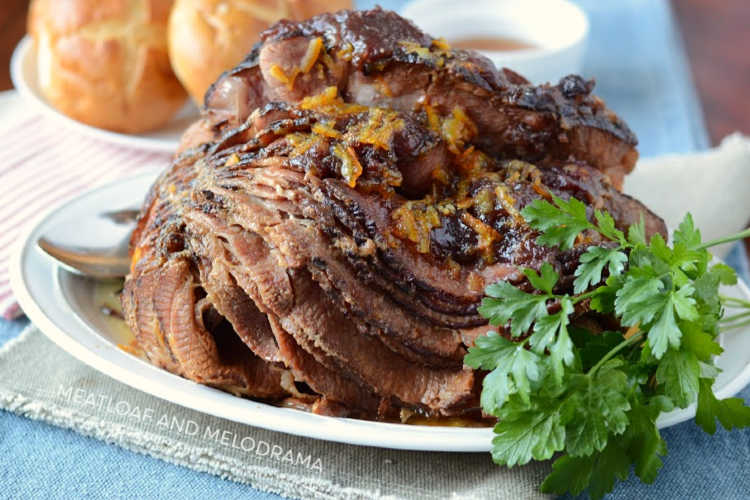 I usually make our favorite Crock-Pot cranberry orange ham for Christmas dinner. But, I've been converting my slow cooker recipes into Instant Pot recipes, and you guys, this Instant Pot ham is even better!

Plus, pressure cooking the ham is so much faster than the slow cooker, which makes it ideal for holiday dinners. I use a simple mix of jellied cranberry sauce and orange marmalade for the sauce.

How to cook a spiral cut ham in the Instant Pot

We bought a 10-pound spiral cut ham, so I had to use my 8-quart Instant Pot for this recipe. I just placed the whole ham directly into the pot --  cut side up. You don't even need the trivet. 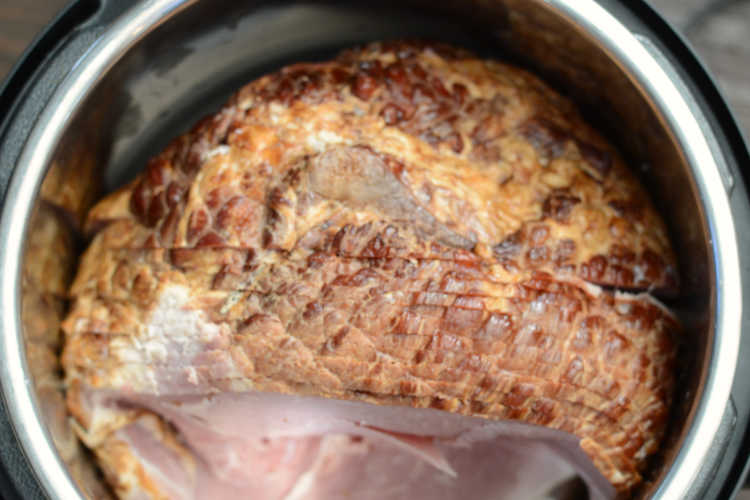 Then, I poured a cup of orange juice into the pressure cooker. The ham releases a ton of liquid, so you don't need a full 2 cups here. If you're using a 6 quart, you can use a half cup or less!

I topped the ham with cranberry sauce and orange marmalade. Then, I pushed some of the sauce between the slices of ham. 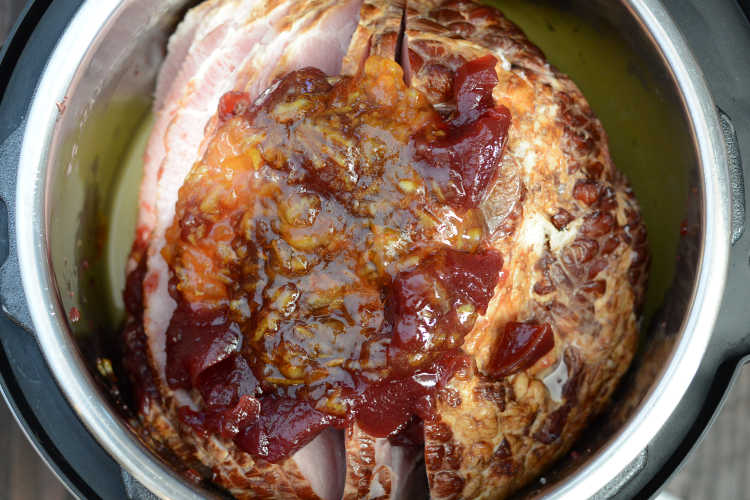 How long do you cook ham in an Instant Pot?

For a cooked, spiral cut ham in the Instant Pot, pressure cook it for 10 minutes. Yes -- 10 minutes! Crazy, right?!

Keep in mind, the ham is already cooked. And the Instant Pot takes at least 10 minutes, or more,  to heat up and reach pressure.

Then, I allow a 10 minute natural release before I do a quick release for the remaining pressure. So, the total time to cook a spiral ham in the Instant Pot is over 30 minutes. Still, it's much faster than the slow cooker! 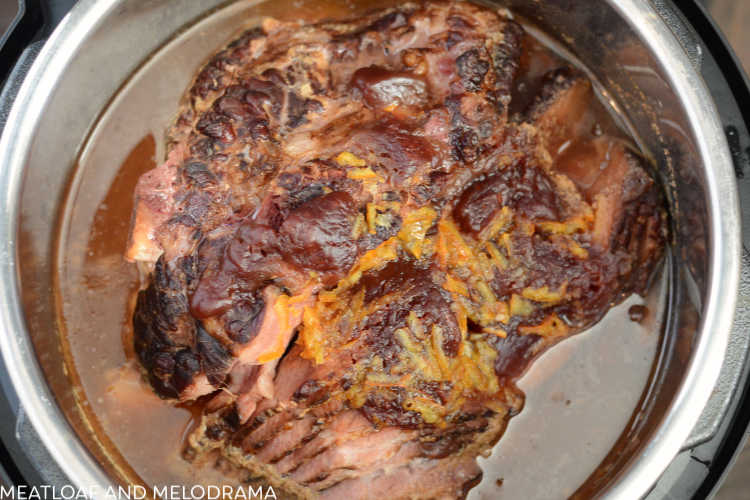 The hardest part of the entire recipe is lifting the ham out of the pressure cooker.  It's heavy!

I let it rest on a platter while I heat up the sauce on the Saute function to thicken it. You can also add more orange marmalade for an even thicker sauce.

Spoon the cranberry orange sauce over the ham before serving, and it's oh, so good! You know what? Snacking on the cold leftover ham is even better! 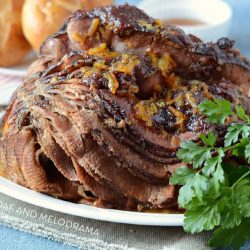 Recipe was made in an 8-quart Instant Pot electric pressure cooker with a spiral cut hickory smoked ham. For a thicker glaze, add more orange marmalade to juices in pressure cooker after ham is removed, and hit Saute and cook for about 5 minutes to thicken sauce. 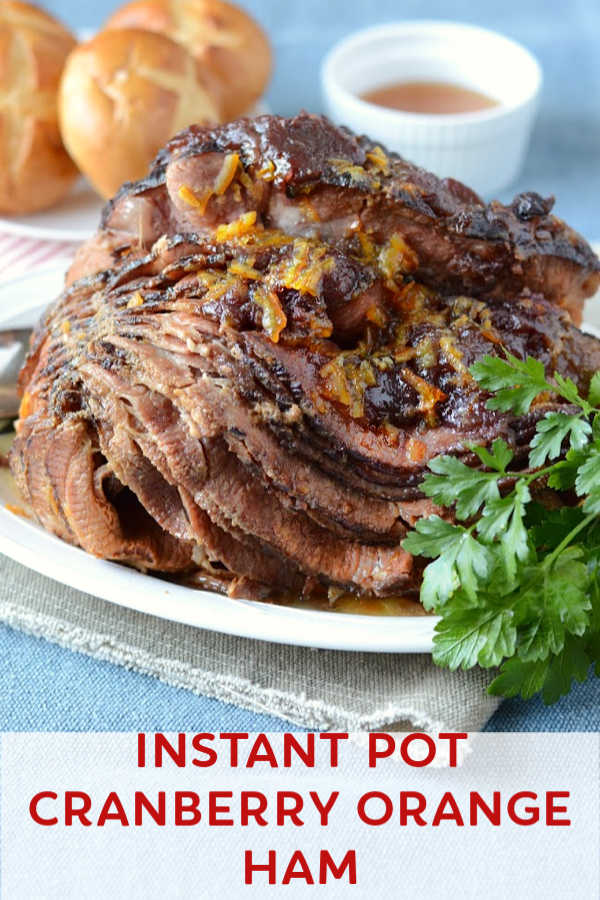 I hope you enjoy this easy Instant Pot ham recipe as much as we do!