These protein-packed Peanut Butter Apple Waffle Sandwiches are perfect for a quick and easy breakfast on the go or an after school snack. 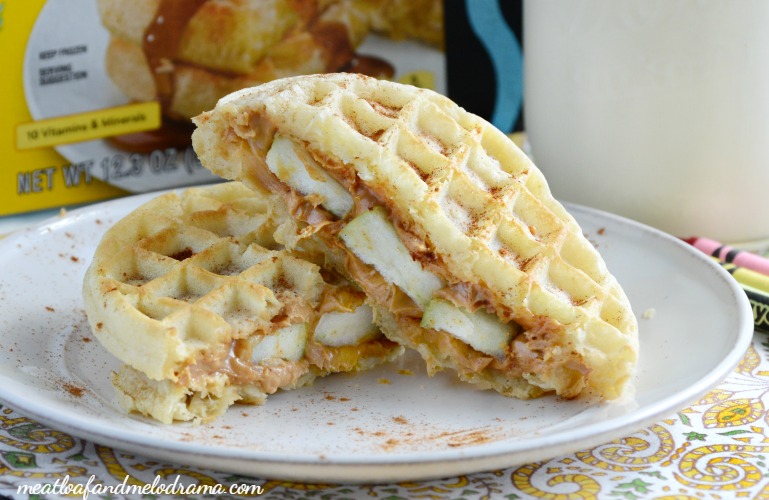 I'm a huge fan of quick and easy breakfasts because mornings are super rushed at our house. We have to be out the door before 7 am, so the kids have a quick bite to eat, get dressed, get their backpacks, and then it's time to go. Still, I want to make sure that whatever the kids have to eat is substantial enough to last until lunchtime. My kids love muffins, and they also enjoy waffles, but I if we don't have any leftovers from the weekend, I'll usually grab a box of frozen waffles at the store.

So for breakfast the next day, I whipped up these easy waffle sandwiches. The nice thing about these sandwiches is that they're so versatile. You can have them for breakfast, lunch or even a snack. You can also try different fillings.

One of my kids is a peanut butter fanatic, so she loved these sandwiches just as they were. But you can try cream cheese or even a different type of nut butter. I'm even thinking that using peanut butter and chocolate chips would be a tasty after-school snack!

The other nice thing about these easy peanut butter apple waffle sandwiches is that you can eat them on the go. So if you're really rushed in the morning, the kids can still have a satisfying breakfast.

To make the sandwiches, I used creamy peanut butter, apple slices, waffles and some cinnamon. 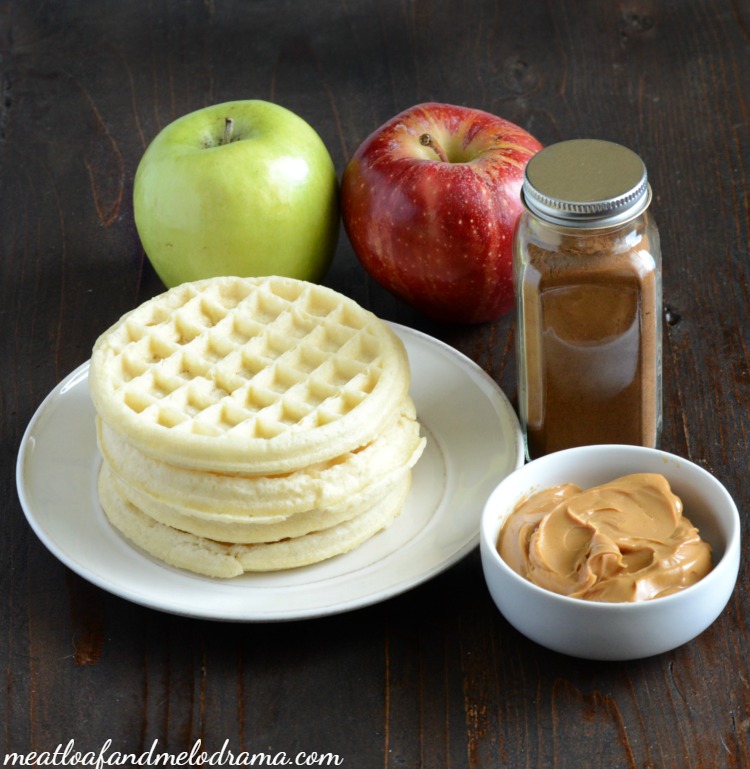 After you toast the waffles, just spread some peanut butter on them, add the apple slices and cinnamon, and that's it! Easy Peasy. 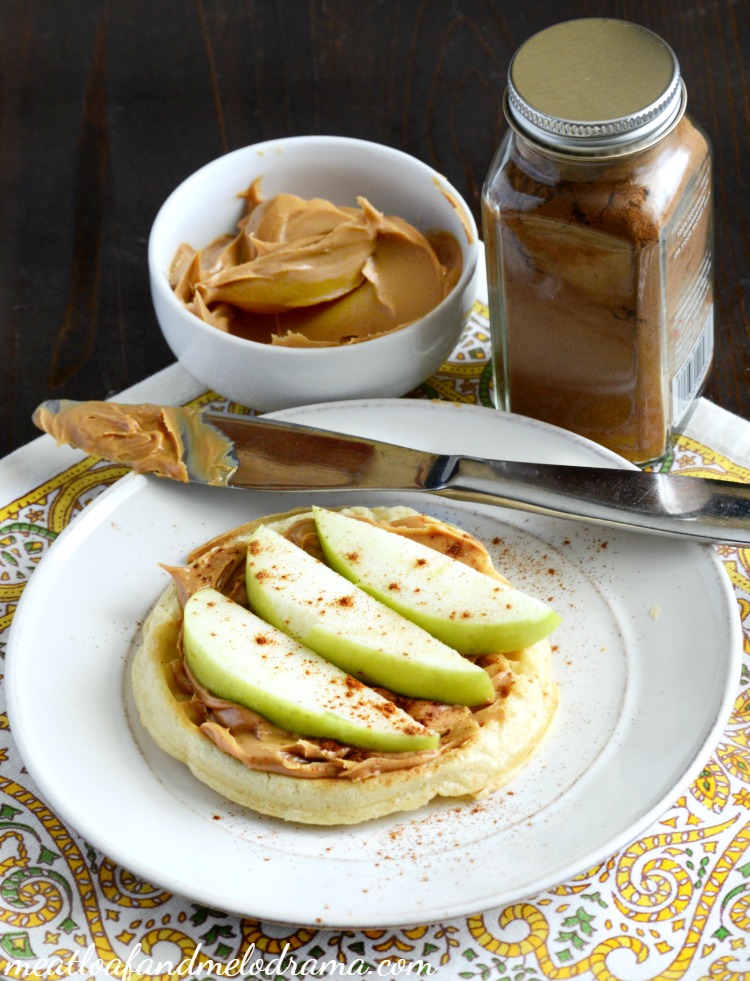 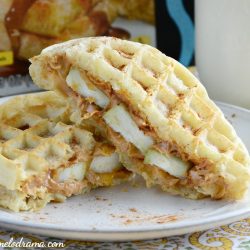 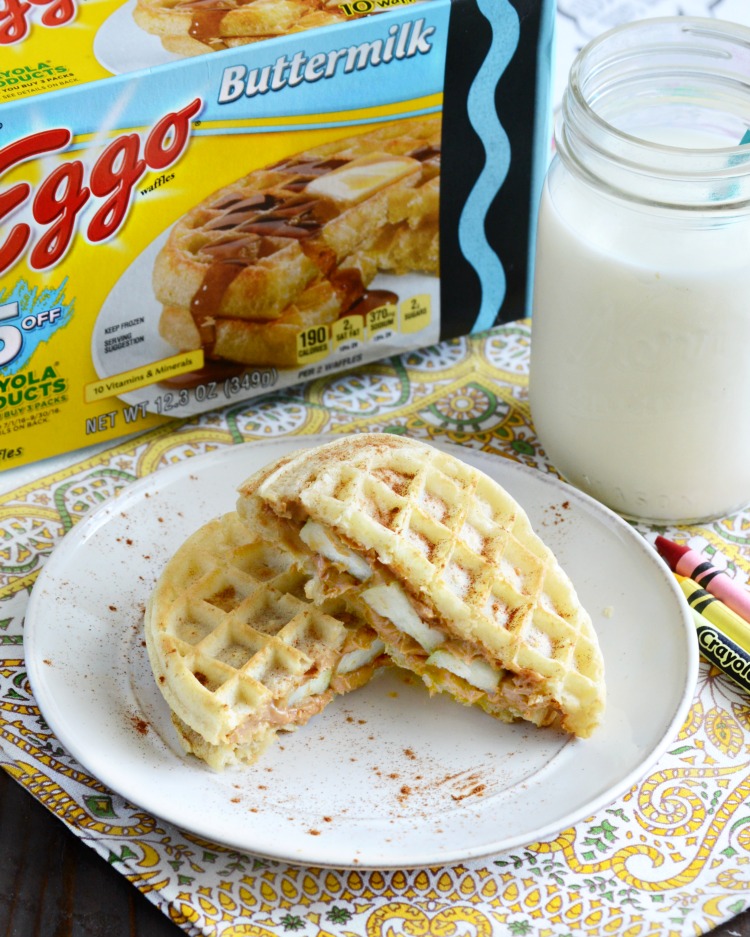