I know in many parts of the country, pumpkins have already been picked, decorated, used as decorations, cooked, preserved and eaten. If they haven't been eaten yet, they are probably getting ready to be transformed into luscious pies and devoured by appreciative diners as part of the traditional Thanksgiving feast.


Here in AZ, or at least in the desert part, we're still watching our pumpkins gradually turn orange. Over the summer, Hubby and two of the younglings planted pumpkin seeds in a small pot. Of course, those little baby seeds grew into tiny plants, which grew into larger plants, which really outgrew their home. Come to think of it, this sounds a bit like my family! Anyway, just when the pumpkin kids threatened to break free of the confines of their small home if they weren't given the freedom they demanded--anyone who has or who has raised teens and lived to tell about the experience will understand what I mean--they were finally transplanted to a small space in the backyard.

Now, as much as I would love to have a garden, we don't have a lot of space in the backyard. The pool demands most of the space, and the kids and fur boys have a small area on the side. The pumpkin vine began taking over the non-pool area and showed no signs of stopping its quest for backyard domination. I could understand this need to grow, but this particular plant showed no signs of producing any fruit at all. And, what's a vine without a pumpkin? Just when we were ready to evict this interloper, we found not one, but three little pumpkins. I showed you one of the pumpkins in an earlier post. 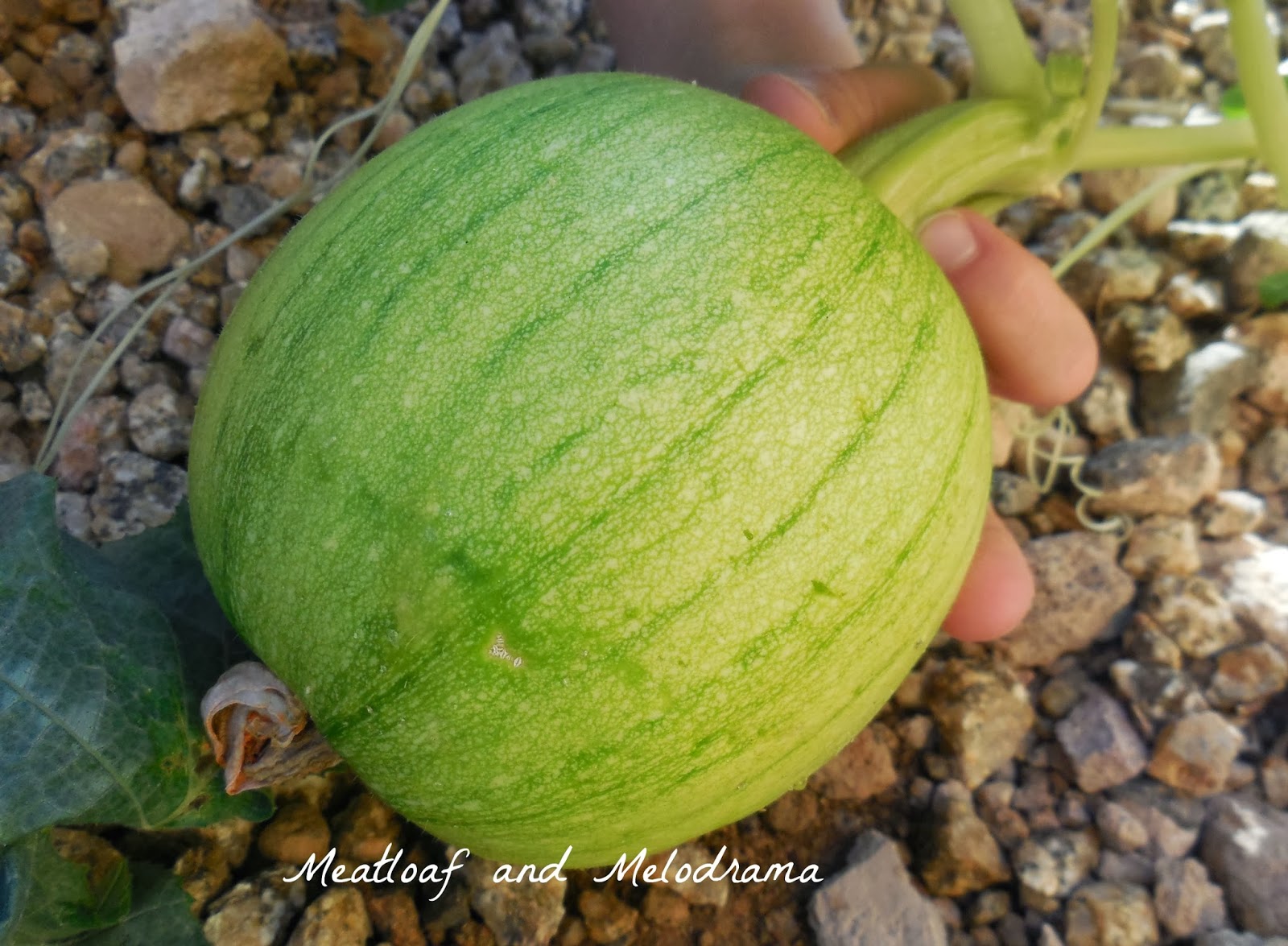 This little, green pumpkin has been busy growing the last few weeks, and although it isn't a lot bigger, it's now starting to turn orange. 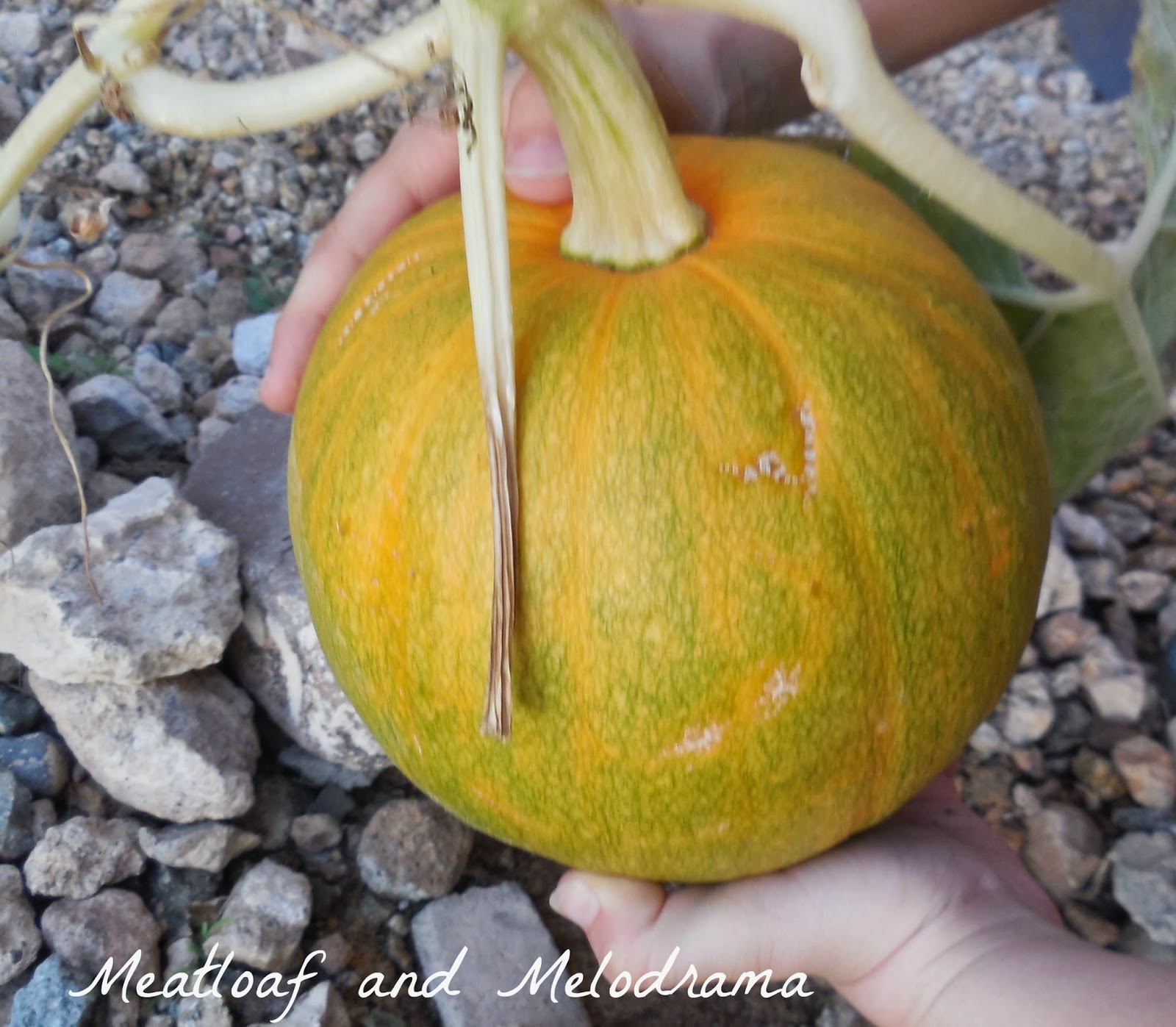 Since Thanksgiving is later this year, I'm hoping it will be orange enough to be used as a decoration. Hubby doesn't remember if the seeds were for pie pumpkins, but I think it looks like one. Any gardeners out there? The younger kids are enthralled by this pumpkin's progress! I think it would be great if we could use this for a pie at Christmas, but I'll be happy with an orange pumpkin for Thanksgiving!

Thanks for reading today, folks, and if you have any pumpkin-growing knowledge, I'd love to hear about it!