No Bake Pineapple Dream Dessert topped with coconut is cool, creamy and perfect for summer. You'll want to make this easy vintage dessert again and again! 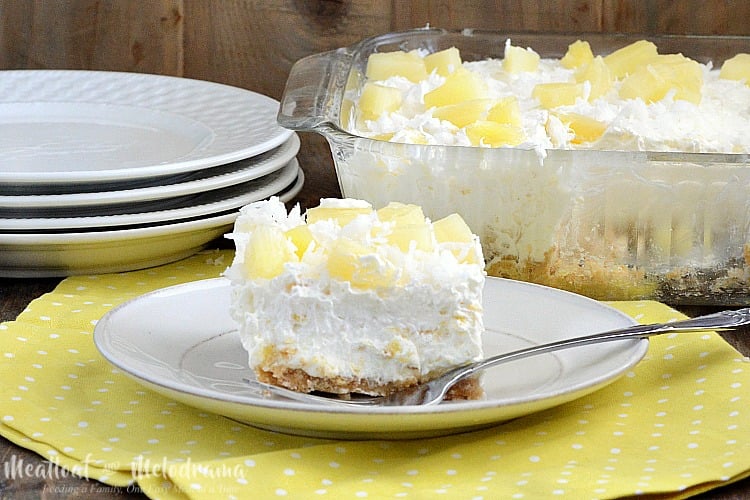 I found this little gem of a dessert when I was going through my grandma's collection vintage recipes. You've probably noticed that I've been sharing a lot of old retro recipes lately, but I just love them. In fact, I'm having a blast with this little project of mine, and I guess if you're going to start a hobby, it might as well be something you like to do, right?

And, as far as hobbies go, this one is pretty darn delicious --My family can vouch for that!

Anyway, let's get back to how delicious this dessert just happens to be, because it really is very good and very easy to make. Plus, it's a no-bake dessert, which is exactly what you want in the summer.

It was originally called Pineapple Dream Torte, and it was just a little slip of paper pasted onto a larger sheet, along with several others. I guess it was easier to keep track of them this way, instead of just throwing a lot of clippings into a bag. It just doesn't tell you where the recipe came from.

When I think of a torte, I think of a fancy, schmancy cake. Since this isn't a cake, and there's nothing difficult or fancy about it, I just left that part off. The "dream" part of it probably refers to Dream Whip, which the original recipe called for. Since I've never even seen that around here, I used Cool Whip, instead, but any whipped topping would work. 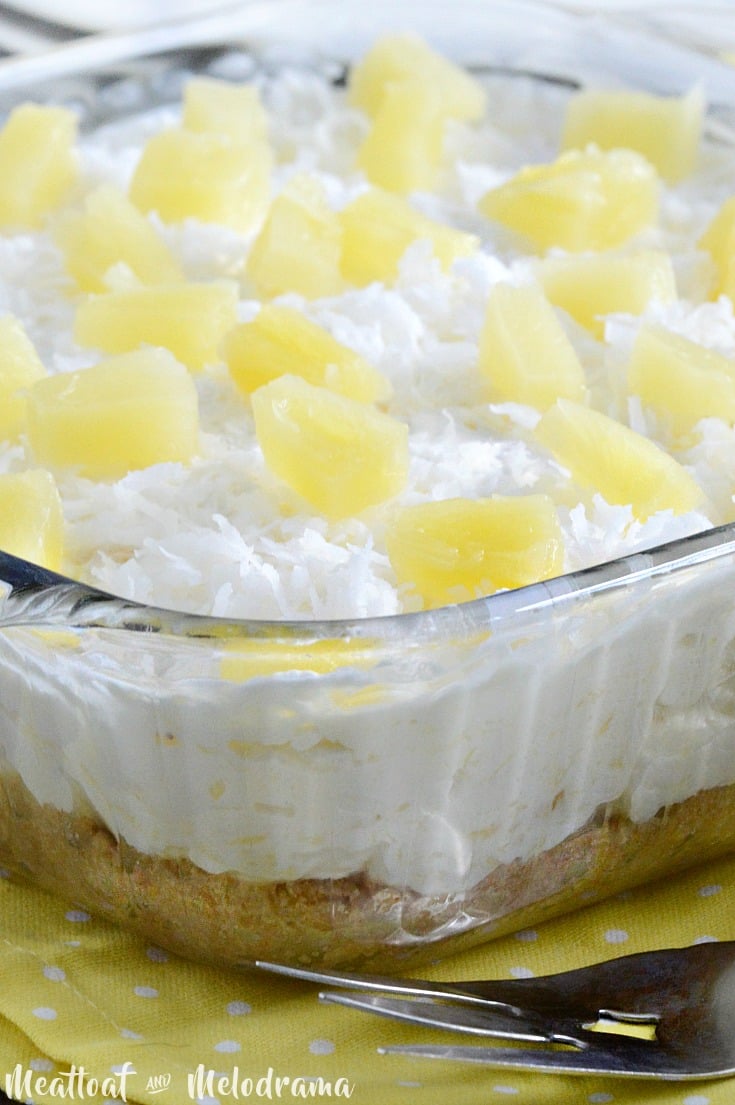 Making the pineapple dream dessert is super easy, and it really is a no-bake dessert every step of the way. It's a lot like the strawberry pretzel salad, but even that one has a crust that needs to be baked. I have to admit that I was a little worried that the graham cracker crust wouldn't set without some oven time, but it held together amazingly well.

After you make the crust, just mix the other ingredients together, pour the mix over the crust, and pop the whole thing in the fridge until you're ready for dessert!

The kids helped make this creamy, dreamy dessert, so it came together in no time. But even if you don't have any helpers, it's still a very quick and easy dessert recipe. We did think it looked a little boring, so we added some shredded coconut and diced pineapple over the top. I had the coconut left over from making tropical fruit dip, but if you don't have any on hand, don't worry about it. 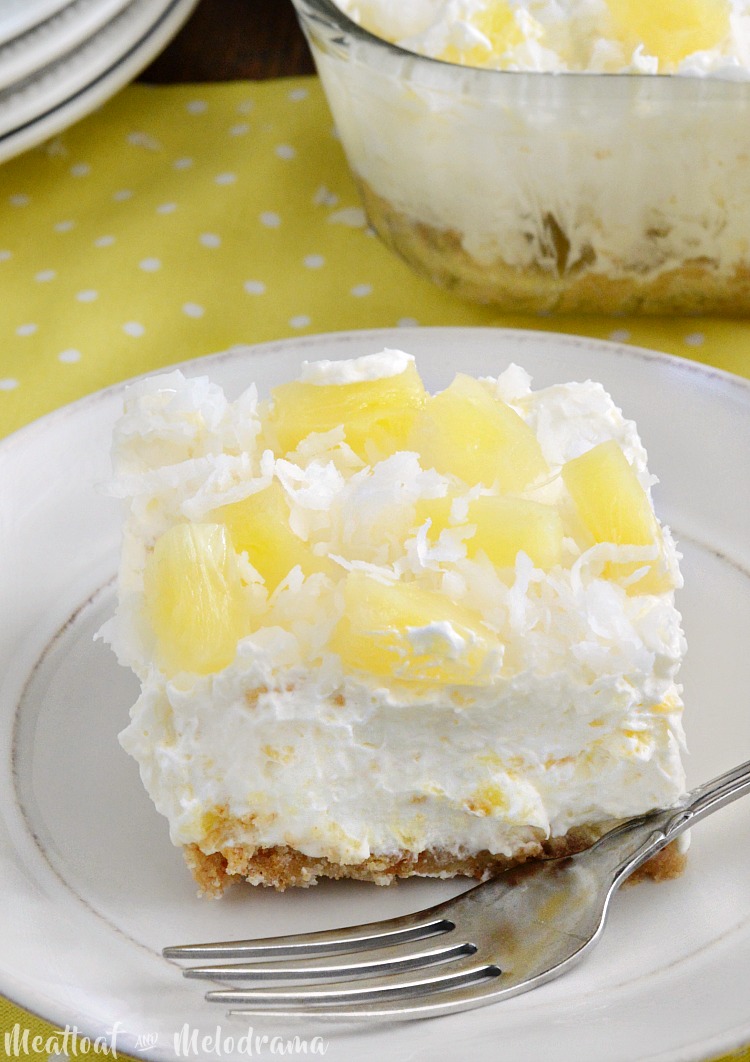 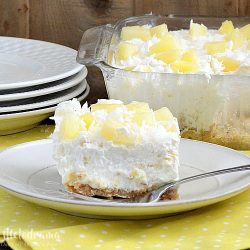 My family loved this no bake pineapple dream dessert. If you're looking for an easy no bake dessert for summer potlucks, gatherings or just for your family, give this one a try!