This Easy Skillet Apple Pie takes just a few minutes to prepare and only about 30 minutes to bake. It's the perfect dessert for early fall! 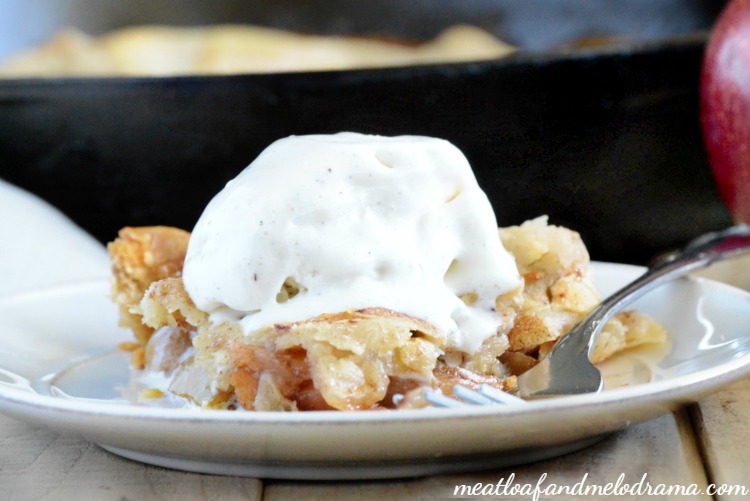 Back in the day, and I mean way back, I used to bake apple pies from scratch -- crust and all! When I told this to my kids they were actually surprised since they know I love quick and easy desserts. But somewhere between kiddo number two and kiddo number three, I started taking the easy way out -- probably due to lack of sleep, time and energy, and now I use pre-made crusts. Someday, I'll go the scratch route again, but ya know, whatever works, folks!

The other day, I happened to catch an episode of Trisha Yearwood's show on Food Network. I don't usually watch TV during the day, but I was trying to get our new fur baby to settle down and not terrorize the older fur kid. When she finally fell asleep on my lap, I just settled in and enjoyed the show.

And that's when I saw this amazing skillet apple pie.  I followed the basic directions, but instead of using canned pie filling, which the original recipe recipe calls for, I just made my own. We have lots of apples around, and it's not a lot of work to cut them up and mix in some seasoning. But the canned version would be a lot quicker, so you can do what works best!

Not only is this pie very easy to make, but it only takes 30 minutes to bake -- and that's what won me over. I love apple pies, but having the oven on for almost an hour when it's still hot, isn't my idea of fun.  But a half an hour is doable, especially if you bake it early in the day.

When I first made this pie, I really thought it wouldn't work. For one thing, the pie crust doesn't go up very far in the pan. And since the butter and brown sugar mixture is wet and gooey, I thought for sure the crust was going to fall apart. Also, it's kind of hard to seal the top crust to the bottom.

Now normally, you would pinch the two crusts together, but it's kind of hard to do in the skillet. So, there's a lot of liquid bubbling around in the skillet, and the pie looks messy as it bakes. I was almost sure it would fall apart before we could even eat it. Not that that would have stopped us from trying, because it smells amazing when it's baking!

But it's all good, folks! I am more than happy to admit I was wrong about the pie, and this one's a winner! 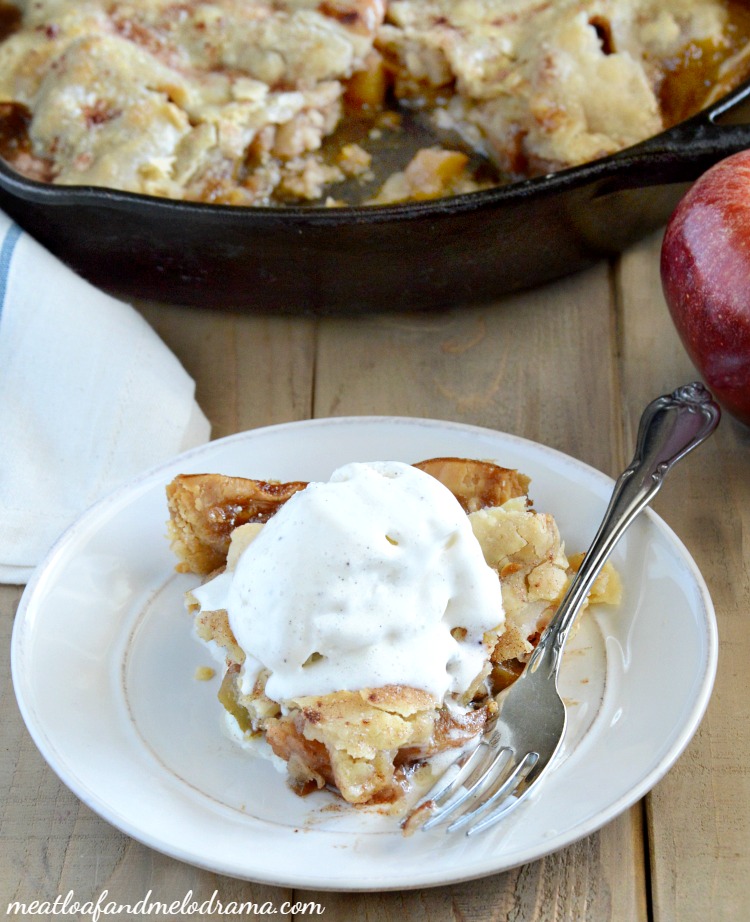 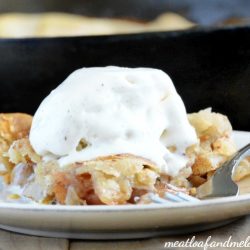 As wonderful as this easy skillet apple pie is, it's even better with a big old scoop of vanilla ice cream on top! And it's best when served warm.

The ice cream just melts over the crust and into the apple filling, and all is well with the world. For just a moment, anyway. I'm getting hungry again just thinking about it!