This easy Instant Pot Ham and Lentil Soup recipe is made with a ham bone and leftover ham in the pressure cooker. A delicious way to use up holiday ham! 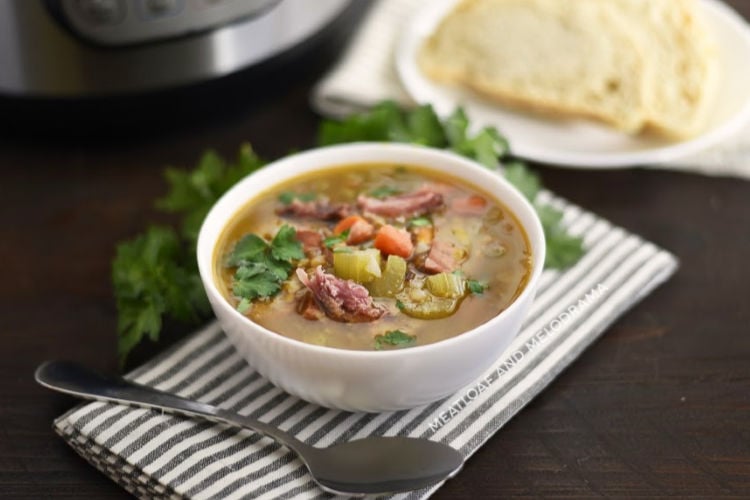 I'm on a roll with Instant Pot soup recipes lately, and this easy ham and lentil soup is my latest creation! If you've got a leftover ham bone to use up, you'll definitely want to add this easy, delicious soup to your list of Instant Pot recipes to try!

We always have ham on the menu for Christmas dinner and Easter dinner. And if it's a bone-in ham, I make leftover ham bone soup later in the week. It's a delicious way to use up that leftover ham, and it's an easy, budget friendly dinner!

Since I made an awesome Instant Pot ham this year, (yes, you can cook ham in the pressure cooker!) I used the pressure cooker to make this ham and lentil soup. A lot of ham bone soup recipes use beans, but since my family doesn't like them, I used lentils, instead.

This is more of a ham soup recipe rather than a lentil soup recipe. The ham is the star here, but you can definitely add more lentils if you want!

How to make ham and lentil soup with a ham bone

So, I'm all about easy Instant Pot recipes, and while you can definitely throw everything into the pot and press start, you can make this soup more flavorful if you saute the veggies a little bit first. You just want to soften them up a little bit and release the flavor. 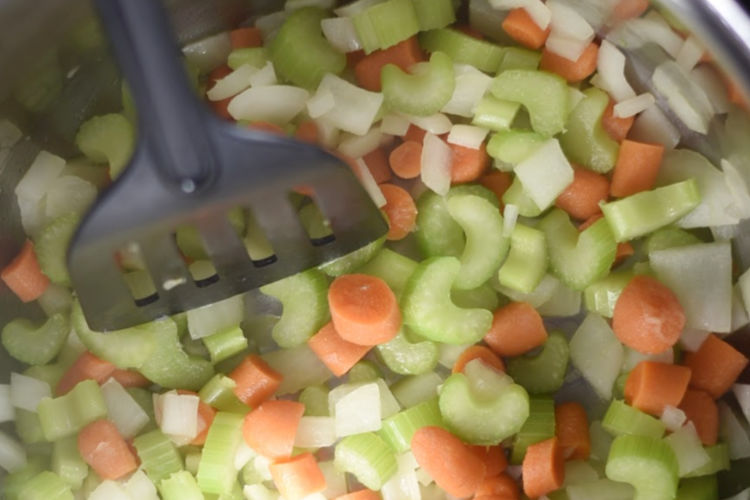 Next, you stir in some broth and pile on the rest of the ingredients, including leftover ham. I always throw in some celery leaves for extra flavor whenever I make soup. You don't have to, but I've always done this, just like my mom and grandma always did. 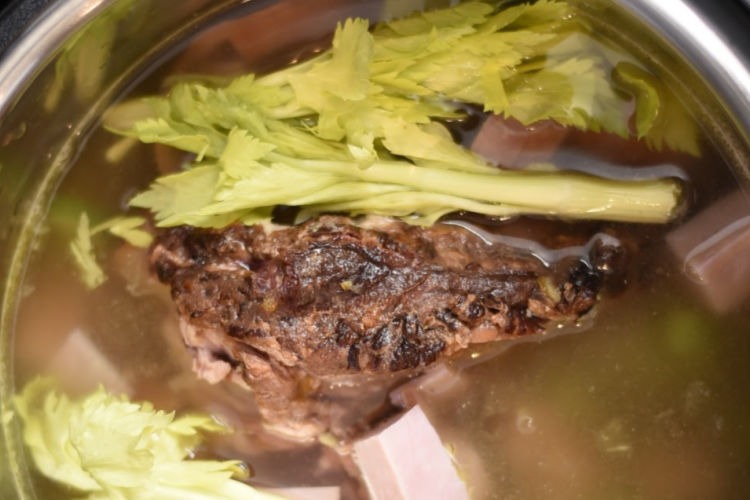 The ham soup takes 20 minutes to cook. This is long enough to get flavor from the ham bone and make the lentils just melt in your mouth. 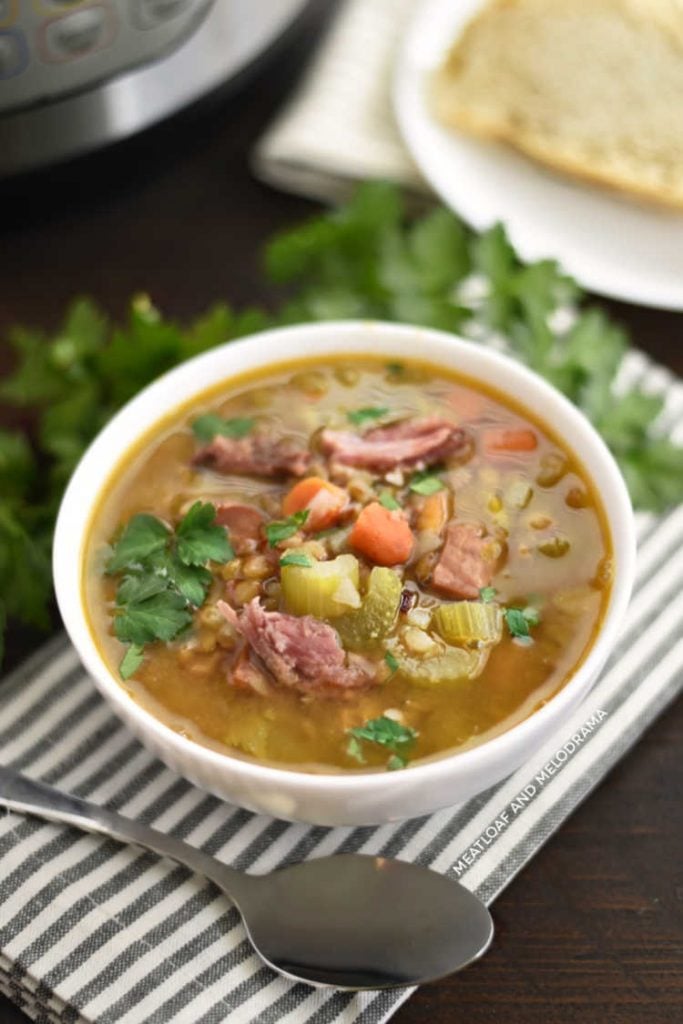 When the soup is done, remove the ham bone and celery leaves, if you used them. Then, taste the soup before serving to see if it needs more salt or extra seasoning. Since hams are salty to begin with, I like to add a minimum amount of salt when cooking, and add more later, if needed. 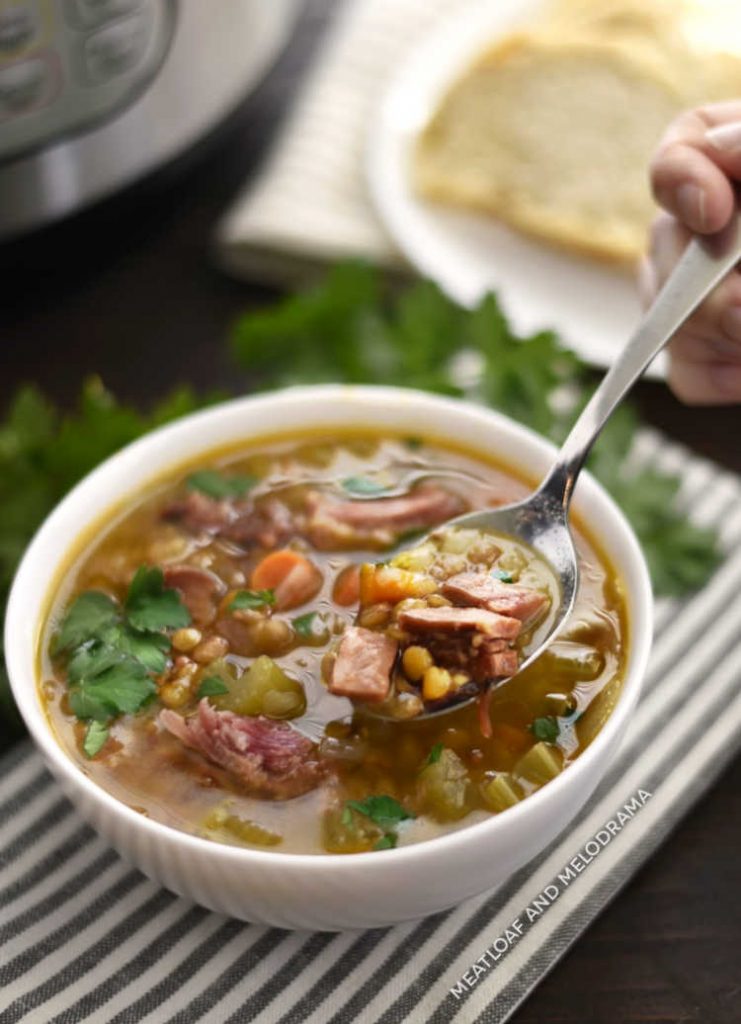 How long does a ham bone last in the refrigerator?

I always try to use up the ham and the bone within 5 days.

Can you freeze the ham bone for later?

Definitely! You can freeze the bone and leftover ham for later use.  You can let the bone thaw or use it frozen in this ham soup recipe. 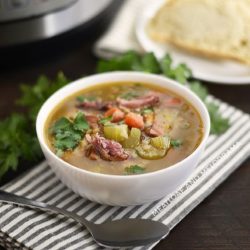 Recipe was made in 6-quart Instant Pot electric pressure cooker, but 8 quart can be used without changing ingredient amounts or cook time 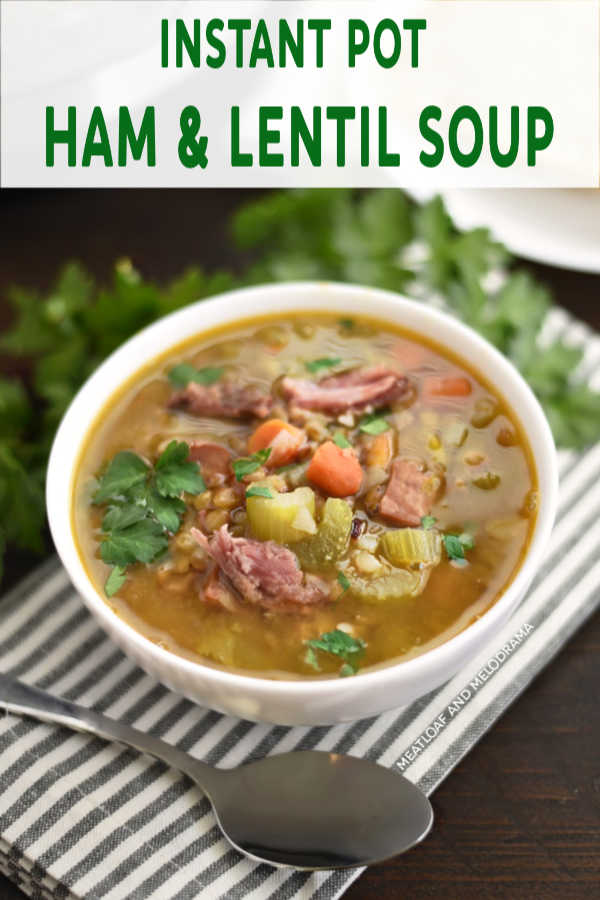 I hope you enjoy this easy Instant Pot ham and lentil soup recipe as much as we do!