Instant Pot Mac and Cheese with Ham is an extra creamy pasta recipe made in the pressure cooker with leftover ham and 3 kinds of cheese. This quick and easy one dish dinner is ready in less than 30 minutes, and it's definitely kid approved! 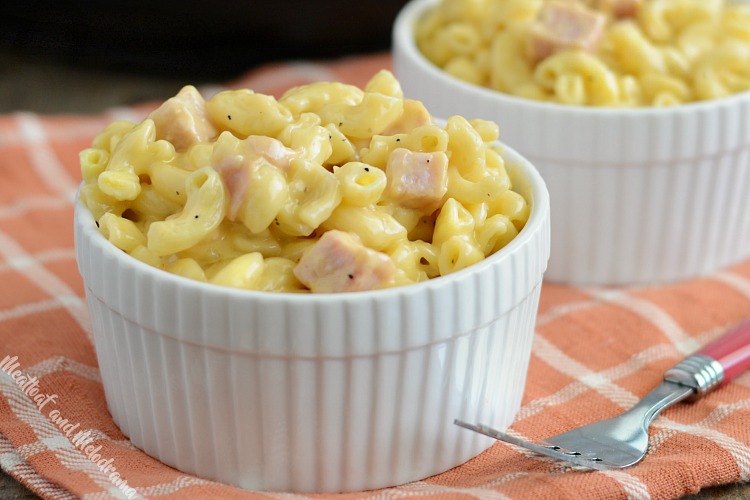 This pressure cooker mac and cheese recipe is perfect for using up leftover ham. If you have cooked ham in your fridge, this easy, cheesy dinner is for you!

My family is crazy about mac and cheese. Seriously, my son and the Hubs could practically live on the stuff, and my other kids love it too. Personally, I never was a huge fan of macaroni and cheese until I started making pasta in the Instant Pot. 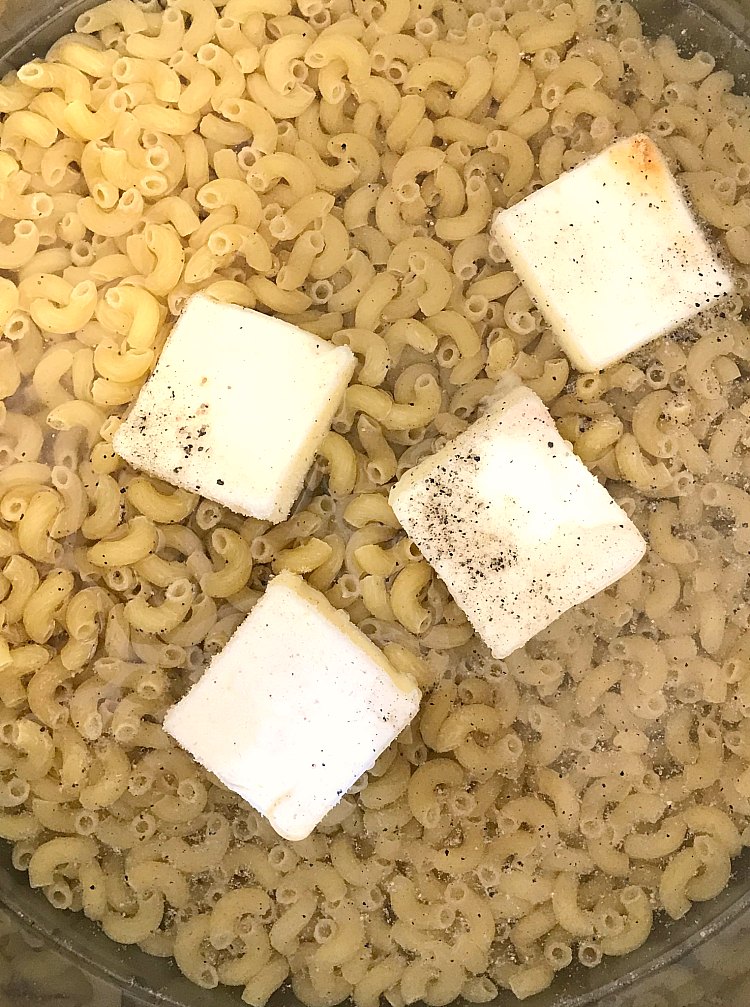 I just took my basic pressure cooker mac and cheese recipe and added a little leftover ham from Easter. I don't know about you, but we have a lot of ham in the fridge right now. If you don't have leftover ham, any thick deli ham would work, as well.

So basically, you make your macaroni in the Instant Pot, and when it's done, you throw in some ham. 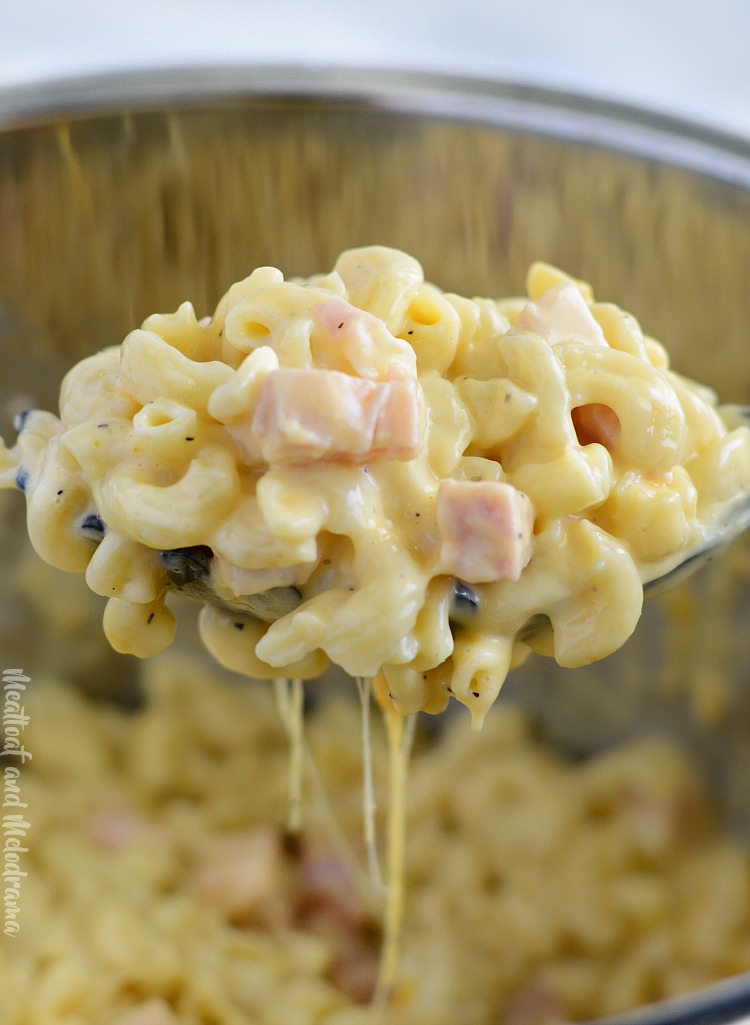 You can warm the ham up first if you want, but the cooked pasta is hot enough to do the trick. Just stir the ham into the macaroni, and then add the cream and the cheese.

I don't use mustard in my usual mac and cheese recipe, but I felt like mustard would be perfect with the ham. It's almost like a hot ham and cheese sandwich with a little mustard for extra flavor! 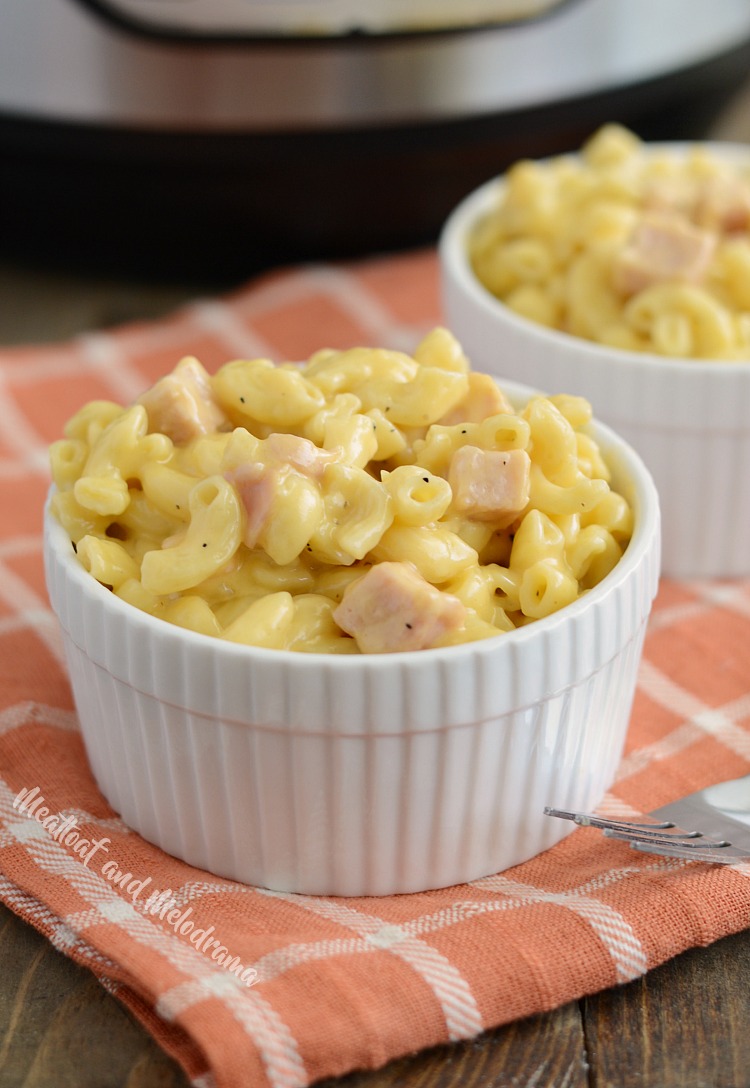 If  you're totally opposed to mustard, you can leave it out. But, it really does go well with the ham, and it's only a teaspoon, so try it first -- k?

My little man loves mustard, but the Hubs does not. Still, even he thought it was fine here. 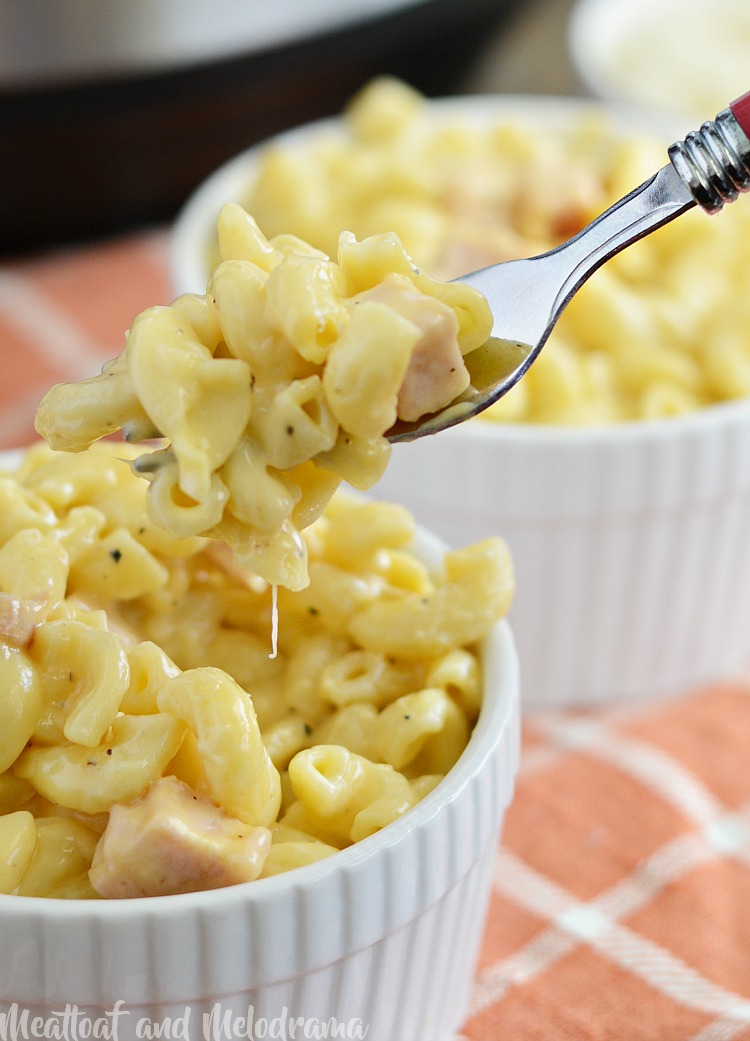 Recipe for Instant Pot Mac and Cheese with Ham 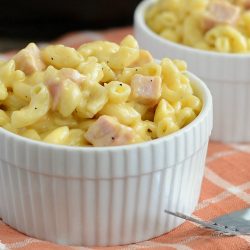 Published by Dee
Instant Pot Mac and Cheese with Ham is made in the pressure cooker with macaroni pasta, leftover ham and 3 kinds of cheese. It's a quick and easy dinner the whole family will love, and it's ready in less than 30 minutes!
5 from 9 votes
Print Recipe Share by Email
Prevent your screen from going dark
Prep Time 10 mins
Cook Time 14 mins
Total Time 24 mins
Course Main
Cuisine American
Servings 12
Calories 390 kcal

Can you use any cheese in this recipe?

You can use your favorite cheese here, but I think a combination works better.

Can this recipe be cut in half?

Yes! Just halve the ingredients, but the cook time for the pasta remains the same.

Tips for Making Perfect Mac and Cheese in the Instant Pot

My family is crazy about this easy Instant Pot mac and cheese with ham. My kids and the Hubs all had seconds! I hope you enjoy it as much as we do!