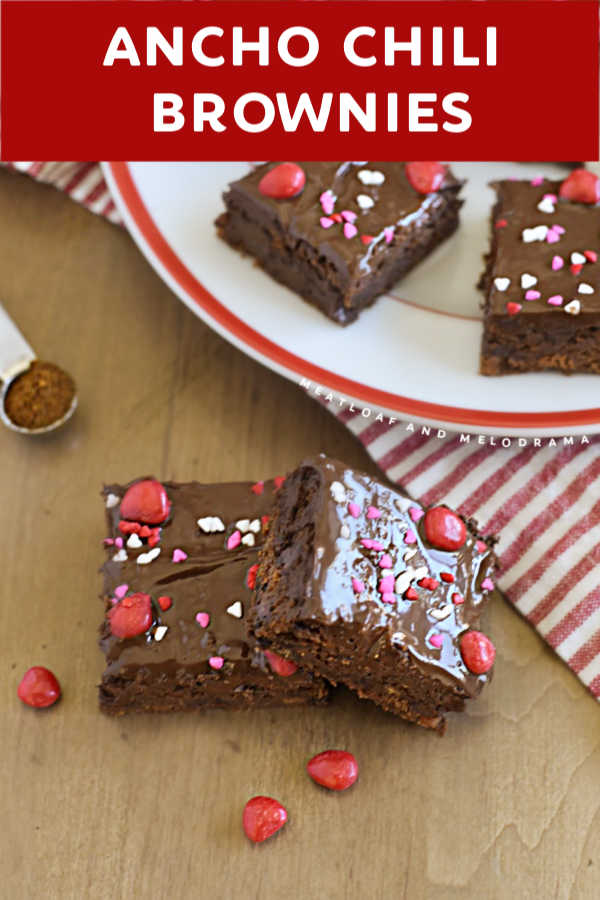 This easy brownie recipe makes the most amazing fudgy chocolate brownies! They're slightly spicy with a hint of smokiness and a depth of flavor that will have you going back for more!

First of all, don't let the thought of chili powder in a brownie recipe scare you. Ancho chili powder has a subtle smoky flavor that pairs beautifully with chocolate.

Add cinnamon to the mix, and the flavor is even better. Top the brownies off with red hot cinnamon Imperials, and they are completely out-of-this-world delicious!

As much as I love my favorite Double Chocolate Brownies and ooey gooey S'mores Brownies, I'm crazy about these spicy red hot brownies!

How to Make Ancho Chili Brownies

Okay, so now let's get back to baking! This brownie recipe is super easy, and you can make it in only one pot. You can also make the brownie batter in the microwave if you want.

Just melt your chocolate chips over low heat. Then, stir in your cinnamon and ancho chili powder.

Stir in the rest of the ingredients, and pour the batter into a pan lined with parchment paper. This makes the brownies super easy to remove!

Bake the brownies for 20 to 25 minutes or until a toothpick inserted into the center comes out clean. You don't want to overbake these brownies!

Now, you can decorate the brownies for Valentine's Day! We sprinkled some cinnamon Imperial candies over the top.

This definitely ups the heat level. I love the extra spice, but you can leave them off if you want.

We also added some pretty pink and white candy heart sprinkles. The result is just gorgeous, don't you think?!

You'll have to let the glaze firm up a little before you dig in. Just pop the brownies into the fridge for a bit if your kitchen is warm. 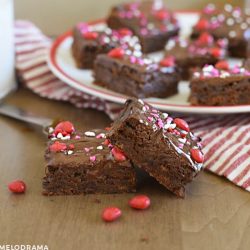 Can You Use Regular Chili Powder

Ancho chili powder is made from dried poblano peppers and has a different flavor from regular chili powder, which is usually a blend of different chiles. You should be able to find ancho chili in most stores -- even Target carries this in their Market Pantry brand.

Baking for a Cause

For the third year in a row, I'm participating in the Good Cookies Food Blogger Valentine's Day Event. We want to continue to make a difference in the fight against pediatric cancer.

Cancer is the number 1 cause of death of children by disease in the U.S. Right now, there are 40,000 U.S. children actively battling cancer, but the National Cancer Institute’s budget for childhood cancer is less than 4%.

We have a goal to raise at least $3000. Thankfully, these three companies: OXO, Mediavine and Dixie Crystals have each pledged to match our donations raised through this campaign up to $3000! That means when we raise $1, it turns into $4!

How to Make a Difference

You can help us make a difference by donating to Cookies for Kids' Cancer!