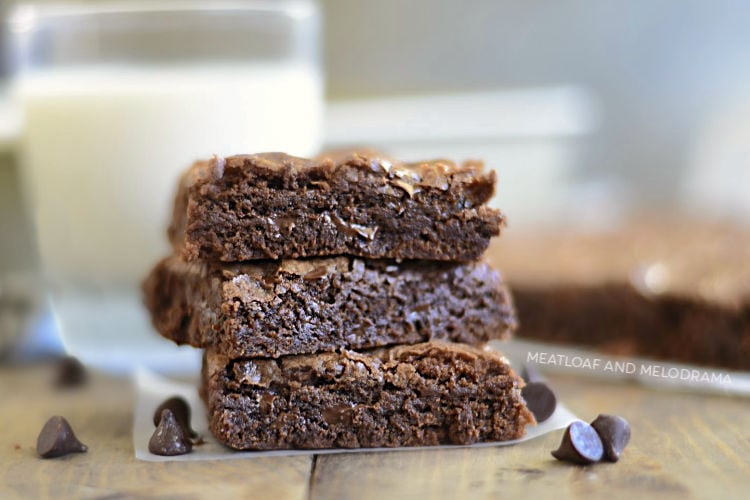 If you love chocolate desserts, you're going to love these easy homemade brownies! And, if you need a one bowl brownies recipe without cocoa powder, well, today is your lucky day!

The other night, I had a serious chocolate craving, so I thought I would make a batch of brownies for myself the family. But, we were low on sugar, and so the recipe I was going to use was out of the question. Since I didn't feel like heading out to the store, I made a batch of these double chocolate brownies, instead.

An Easy Brownie Recipe for Kids

I've been making these easy brownies forever. In fact, I found the original brownies recept on the back of a bag of chocolate chips, and I just changed it up a little. This is my go-to recipe for thick, chewy brownies, and I use this as the base for all of my other brownie recipes.

These are so easy to make, and the kids love helping out.  I used to allow my older kids to help stir the melting chocolate when they were younger, and now my younger kids get this job. Actually, even my younger kids can make these brownies themselves!

Either way, you get a batch of fudgy, uber chocolaty brownies with just a hint of cinnamon. And, the hardest part? You won't want to stop after just one! Seriously, I made these gooey double chocolate brownies again yesterday, and we only have a few left!

How to Make Easy Homemade Brownies 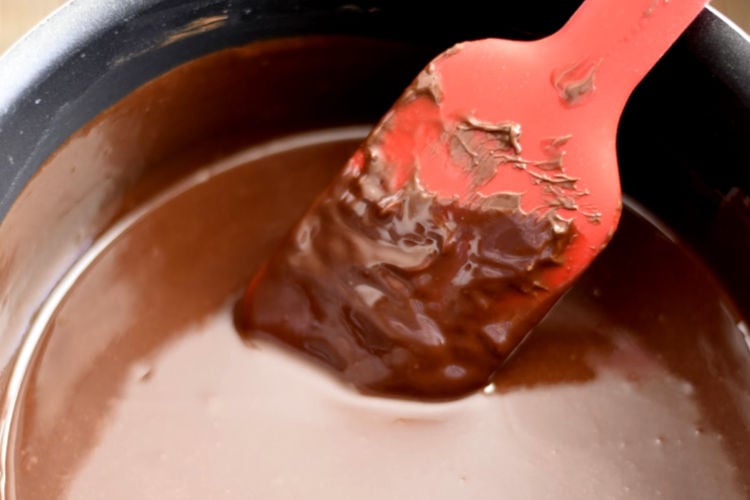 Then, stir in the remaining ingredients. The batter will be very thick, which is perfect! 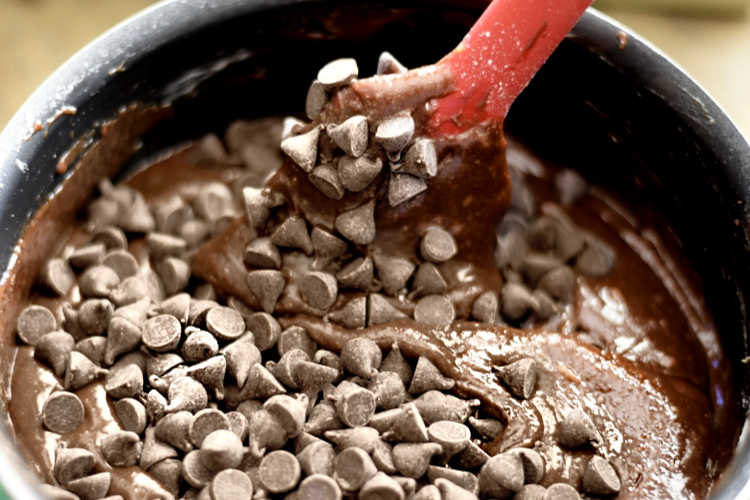 Next, pour the brownie batter into a prepared baking pan. You'll want to grease it, spray it with non-stick spray or use parchment paper to line the pan. I started using parchment paper whenever I make cookie bars and brownies, and it's so much easier this way!

What Pan is Best for Baking Brownies?

This recipe uses a 9 x 13 pan. You can use a glass or metal pan, although brownies baked in a metal pan tend to bake more evenly. I used to use a glass baking dish, but I switched to a metal pan and love it!

How do You Know When Brownies are Ready?

Brownies are done when the sides start to pull away from the edges, the corners are firm and a toothpick inserted into the center comes out mostly clean. You may see some chocolate on the toothpick since there are chocolate chips in these brownies.

The center should be set but might be a little softer than the edges, which is perfect. You don't want to overbake brownies! 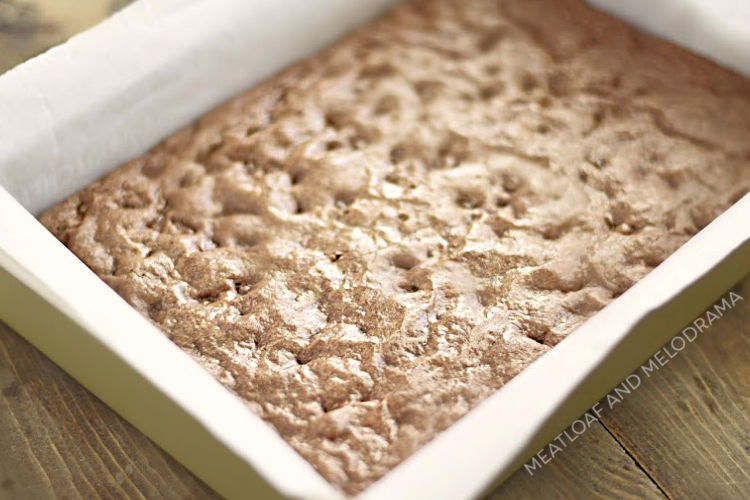 These brownies are so hard to resist, especially when they're warm from the oven and the chocolate chips are just oozing out from the sides. They're also incredibly soft, chewy and practically melt in your mouth.

I made these right before I had to pick the kids up from school, and I set aside a few so that I could take pictures. So naturally, my Teen Queen headed straight for the kitchen and took a chunk out of one of the ones I set aside! Sigh.

So, the next time you have a craving for chocolate, you can whip up a batch of these easy double chocolate brownies in no time at all. Just set aside some for yourself! 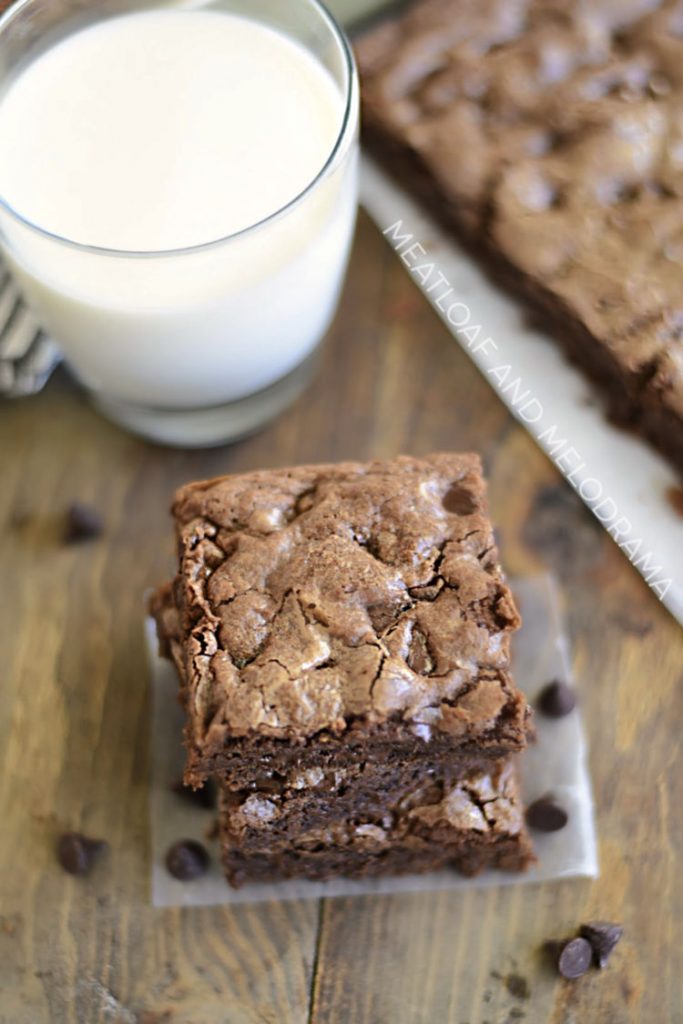 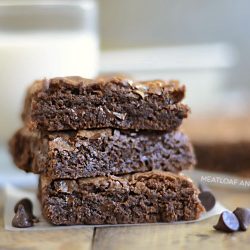 Don't forget to pin this recipe to your desserts and baking boards! 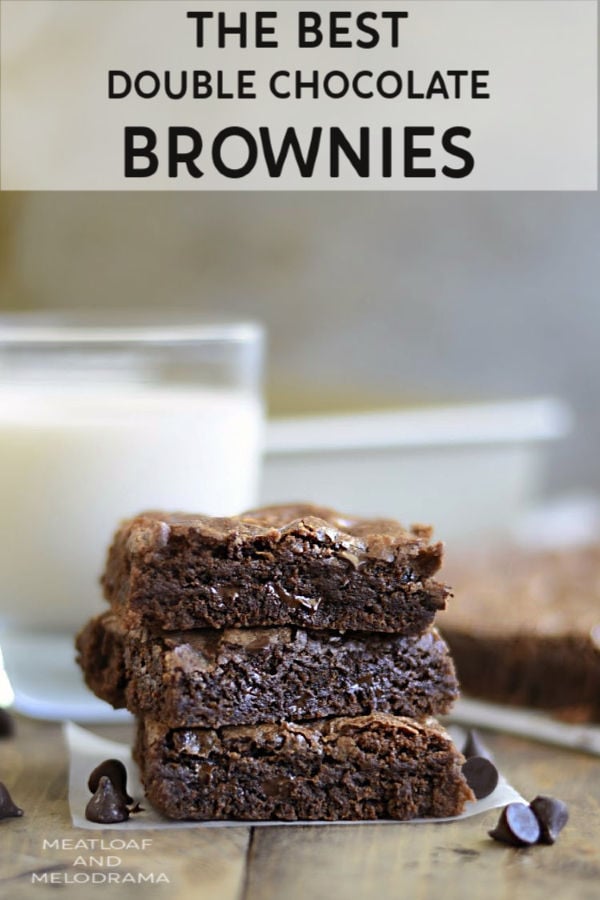 I hope you enjoy this easy double chocolate chip brownies recipes as much as we do!