Hey there! I was all set to do some fall baking today, but the weather has decided not to cooperate, and we're back to the triple digits again -- ugh!  That's life in the desert! Since it was so warm out, I was in the mood for something cool and refreshing, but I really wanted to make something seasonal. I also had a can of pumpkin puree that was calling to me. So, instead of baking, I made this Easy Pumpkin Smoothie instead. Just think of it as fall in a glass! 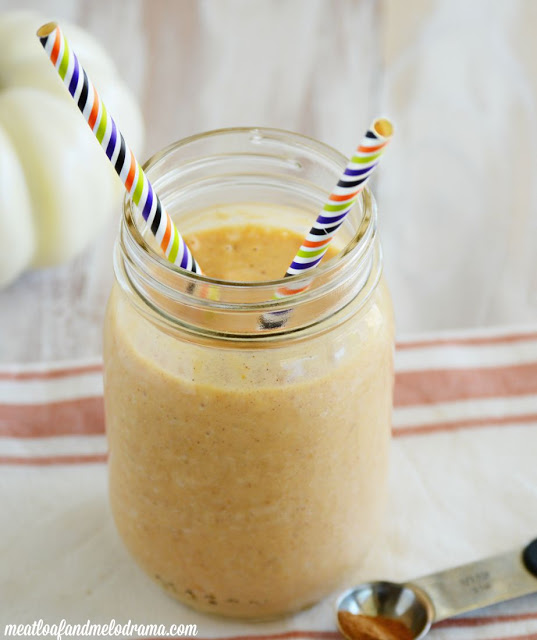 This is definitely a first for me. Even though my family loves smoothies, we usually make them with fruit, and they're on the sweet side. But I'm on a serious pumpkin kick lately, so I thought I'd give this one a try. We had all of the ingredients, and I just had to haul out the blender.

I have two family members who do not care for pumpkin anything, and I could just imagine them rolling their eyes at the thought of a pumpkin smoothie. They know who they are! So I know they think I'm slightly obsessed with this gourd lately, but really, pumpkins are loaded with potassium, vitamin A, and a bunch of other good things. Plus, they're also very low in calories, so this is one fall treat that you can enjoy without feeling guilty.

This smoothie is packed with flavor, but it really isn't sweet. I added a little maple syrup because I thought some degree of sweetness was needed. You can definitely taste the pumpkin and a little spice, but it's not the same as drinking a milkshake or anything like that.

Still, I loved the taste and so did the pumpkin lovers in the family. 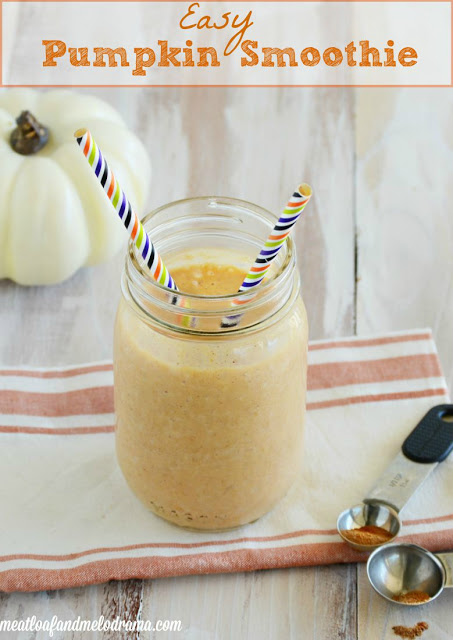 Add all of the ingredients to a blender, and blend until smooth.
If it seems too thick, you can add more milk.
Refrigerate any leftovers. 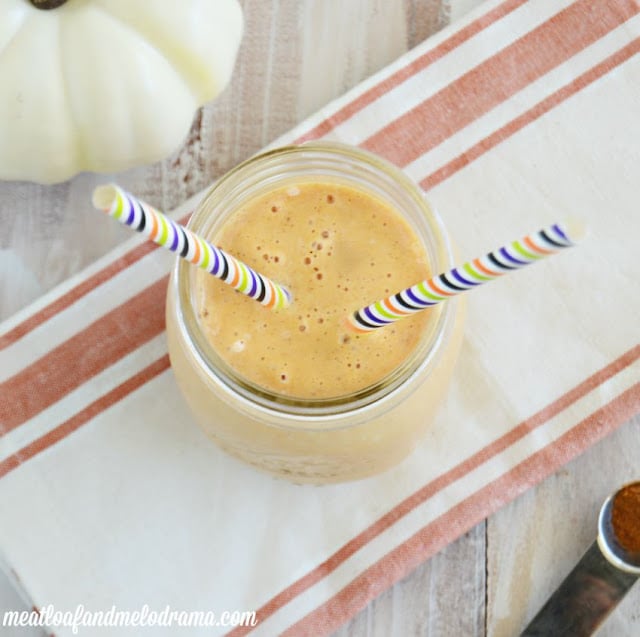 This pumpkin smoothie is very refreshing and really not heavy at all. So It's a fun way to enjoy the flavors of fall without baking. I whipped this up right before the kiddos came home, so they had it for their after-school snack, but you could probably make it for a quick breakfast, as well.

And if it's already cool and crisp in your neck of the woods, well, I kind of envy you right now!  Hopefully, it'll cool down in these parts soon.

Thanks so much for stopping by! 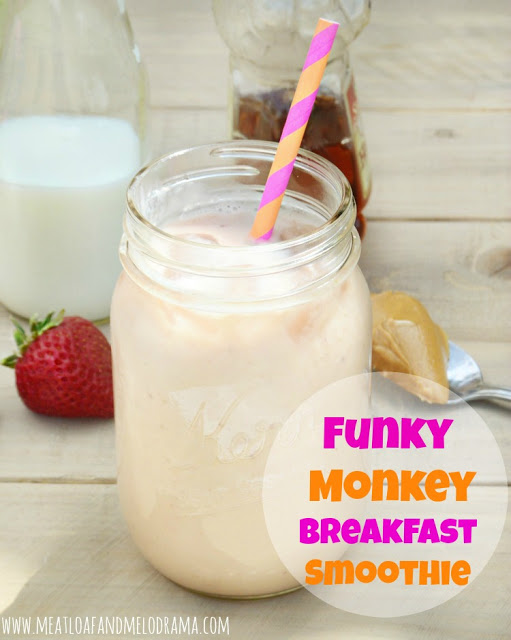 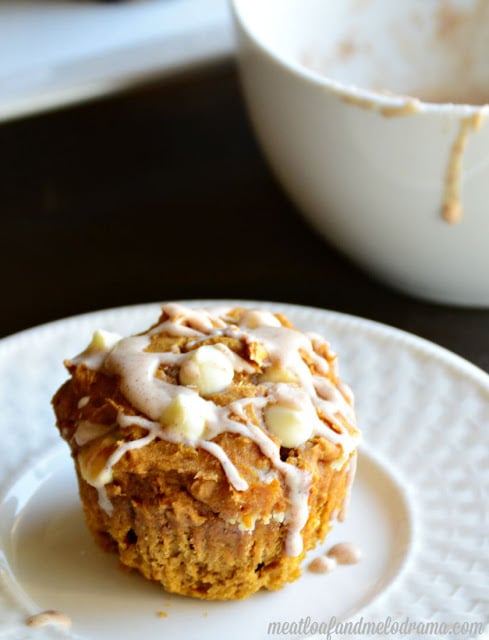