Make Instant Pot Mississippi Chuck Roast in your pressure cooker in less than 2 hours! This delicious, easy dinner is made with pepperoncini peppers, butter, ranch and beef broth -- no seasoning packets, but it's still tender, juicy and literally melts in your mouth. The leftovers are even better! 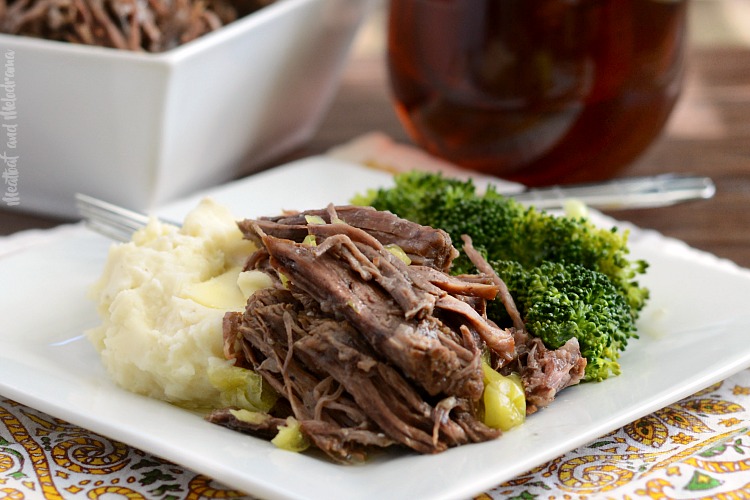 I made this amazing Mississippi pot roast in the slow cooker for the first time almost 2 years ago, and it quickly became one of my family's favorite dinners! If you've ever had a Mississippi roast, you know what I mean. As much as we loved the Crock-Pot Mississippi Chuck Roast, I couldn't wait to try making it in the pressure cooker.

See, I don't always get everything together in time to make a roast in the slow cooker for 4 to 8 hours. So for me, the Instant Pot totally saves the day! I mean, really, making a roast in about 2 hours instead of 8 is definitely a game changer.

The only tricky thing about making roasts in the Instant Pot is figuring out the cook times. But once you get the hang of it, you're good to go.

The first time I made Mississippi roast in the Instant Pot, it was done, but it didn't pull apart that easily. I cooked it for about 50 minutes, thinking that was plenty of time, but it wasn't enough time to break everything down so that the meat was where it should be. I saw a lot of recipes that called for a 90 minute cook time, but that seemed like a lot.

So, after I cooked a huge bone-in pork butt for 90 minutes, which was perfect, by the way, I knew I just had to add a few more minutes for the chuck roast to cook to perfection. I tried 60 minutes of pressure cooking with a 20 minute natural release. You guys, this was the perfect time for a truly melt-in-your-mouth Instant Pot Mississippi chuck roast! 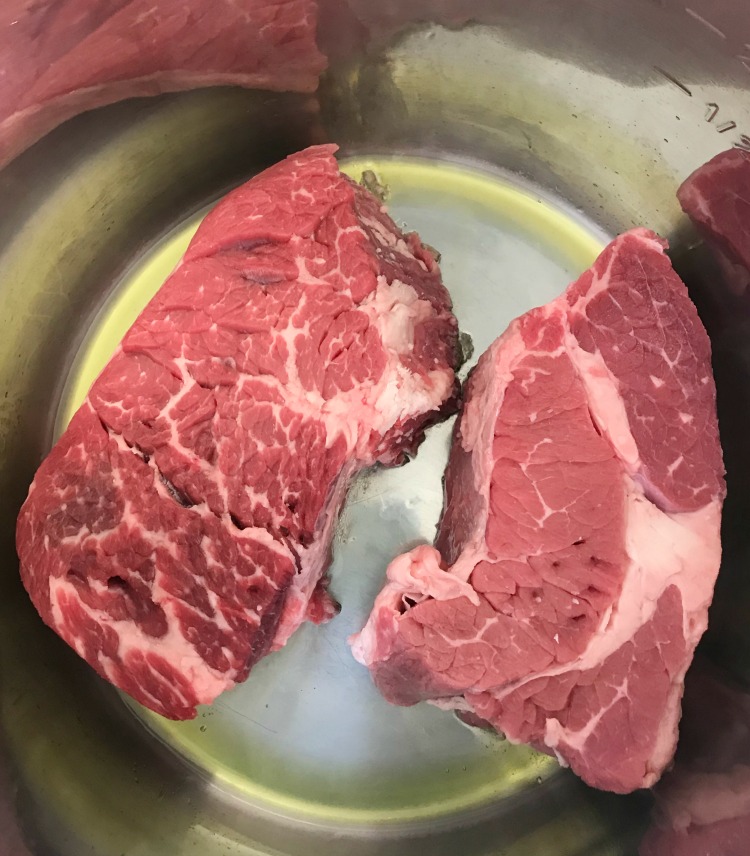 To make a chuck roast in the Instant Pot, you pretty much follow the same basic steps as the Crock-Pot version, with a couple of changes. I cut the roast into smaller pieces so that it would fit evenly into the Instant Pot. This also makes it a lot easier to brown the meat.

You can also sear the roast in a separate skillet, but I love being able to cook the whole Mississippi roast in just one pot. Easy clean-up, right?! After all of the meat was seared, I deglazed the pot with some of the beef broth. 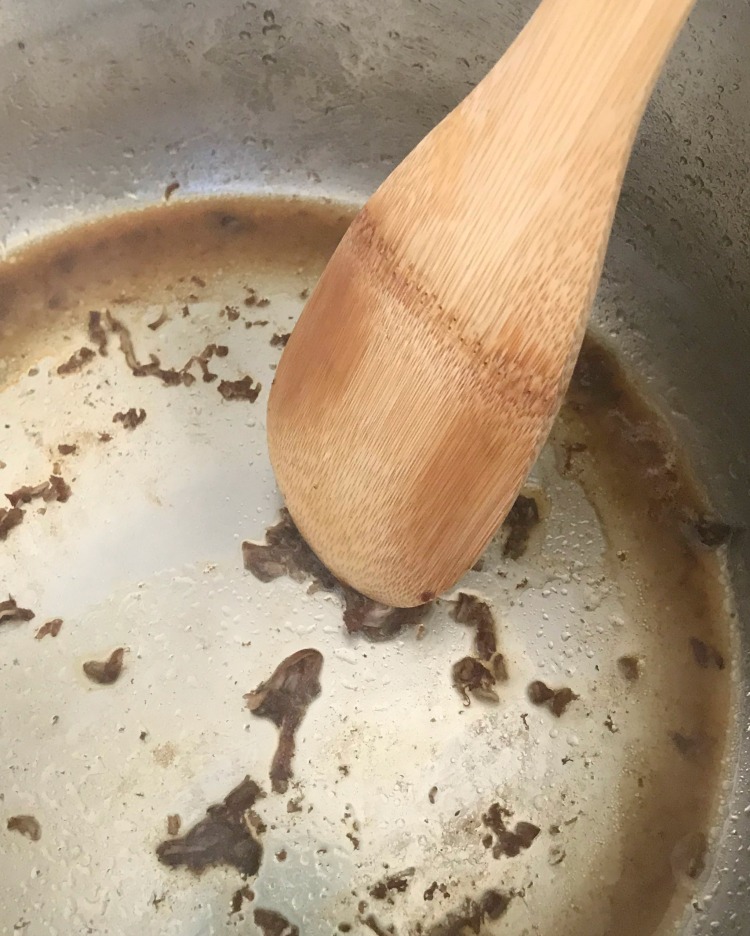 After that, you add the meat back to the pot. Then, you add the remaining ingredients, except for the ranch, and begin pressure cooking.

Most recipes for Instant Pot Mississippi chuck roast call for dried ranch dressing and au jus seasoning packets. That's fine and all, but it's just a little too much sodium for us. I think you can get the same amazing flavor with beef broth and a just a few seasonings.

I also used a little less butter for the pressure cooker version. The Crock-Pot recipe calls for a full stick, but I felt that was way to much in the Instant Pot. 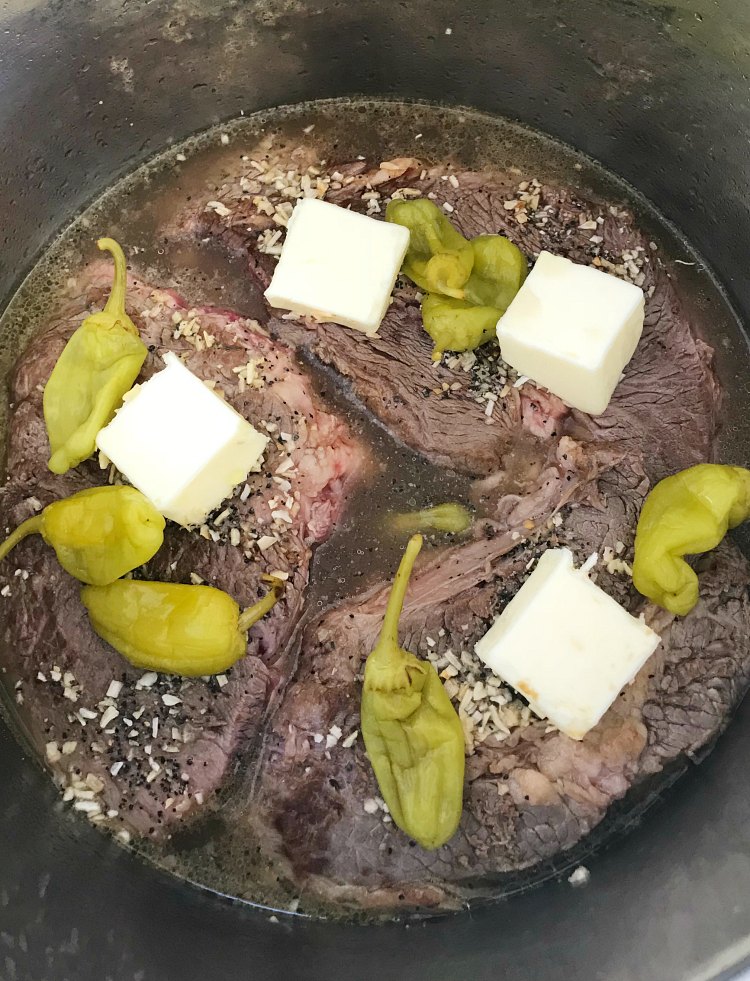 As for the ranch flavor, I like to add some homemade ranch dressing in at the end. And that's it!

I did a natural release the first time for 15 minutes and the next time for 20. Both were good, so just take your pick! 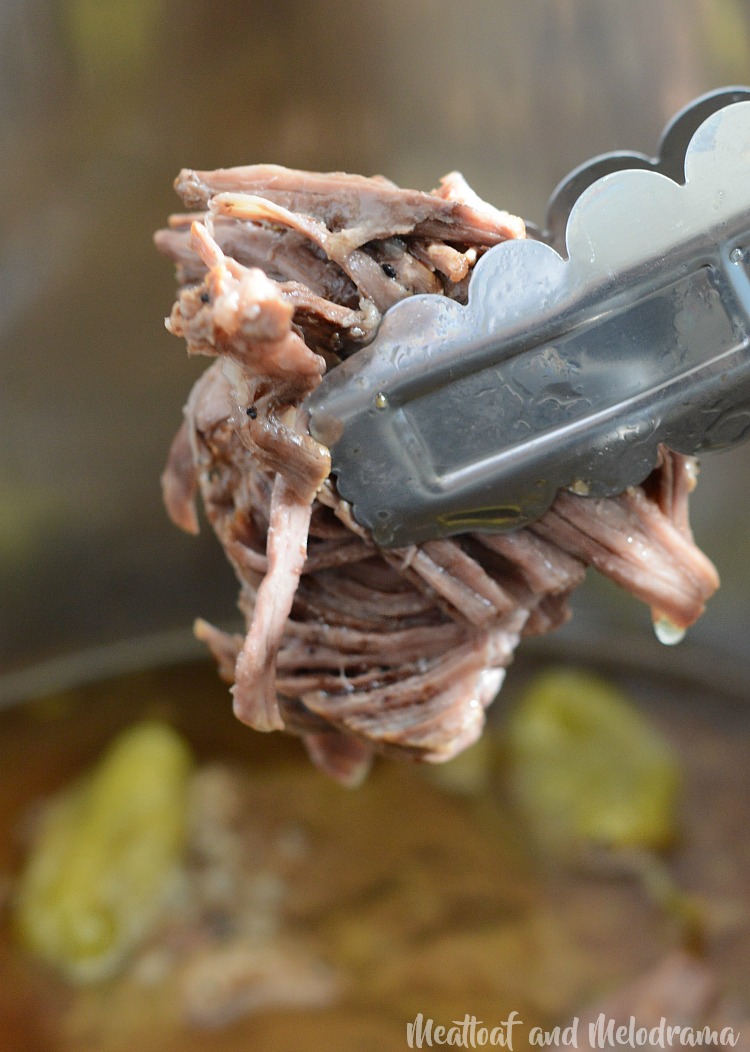 You guys, just look at this juicy pressure cooker chuck roast! The meat literally comes out like this. Seriously!

We like the gravy as is, but if you want thicker gravy, you can make a cornstarch slurry to thicken it up after cooking. Serve it over mashed potatoes for one incredible dinner, and use the leftovers for shredded beef tacos or beef sliders -- yum! 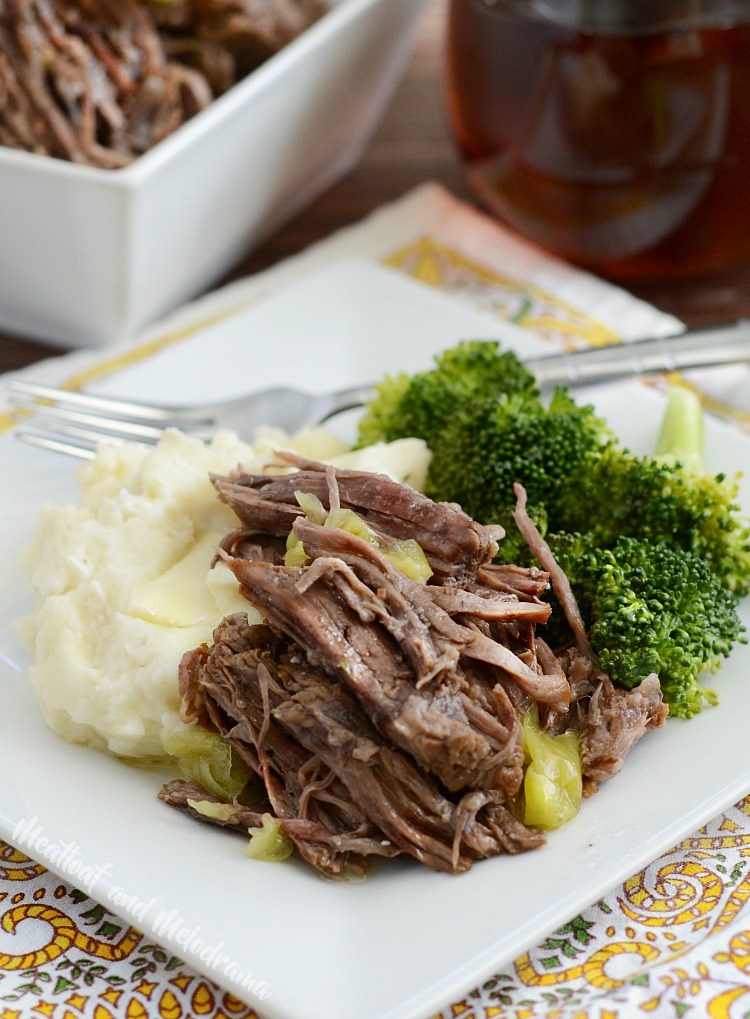 Tips for Making Mississippi Roast in the Pressure Cooker 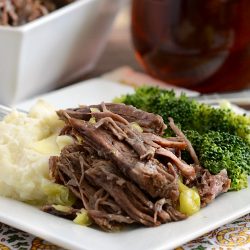 My family absolutely loves this Instant Pot Mississippi Chuck Roast! I hope you enjoy it as much as we do!

Sharing at the Weekend Potluck