Can you believe it's nearly April? I don't know how the weather is where you are, but around here, March is not going out like a lamb! It's been very windy lately, and in the desert, that means flying dust! So, I spent a lot of time indoors this past weekend, but I finally got to finish the no-sew valances I've been making for the family room windows.

The valances are made from drop cloths, and not only are they super easy to make, but they are also very inexpensive -- my kind of project! 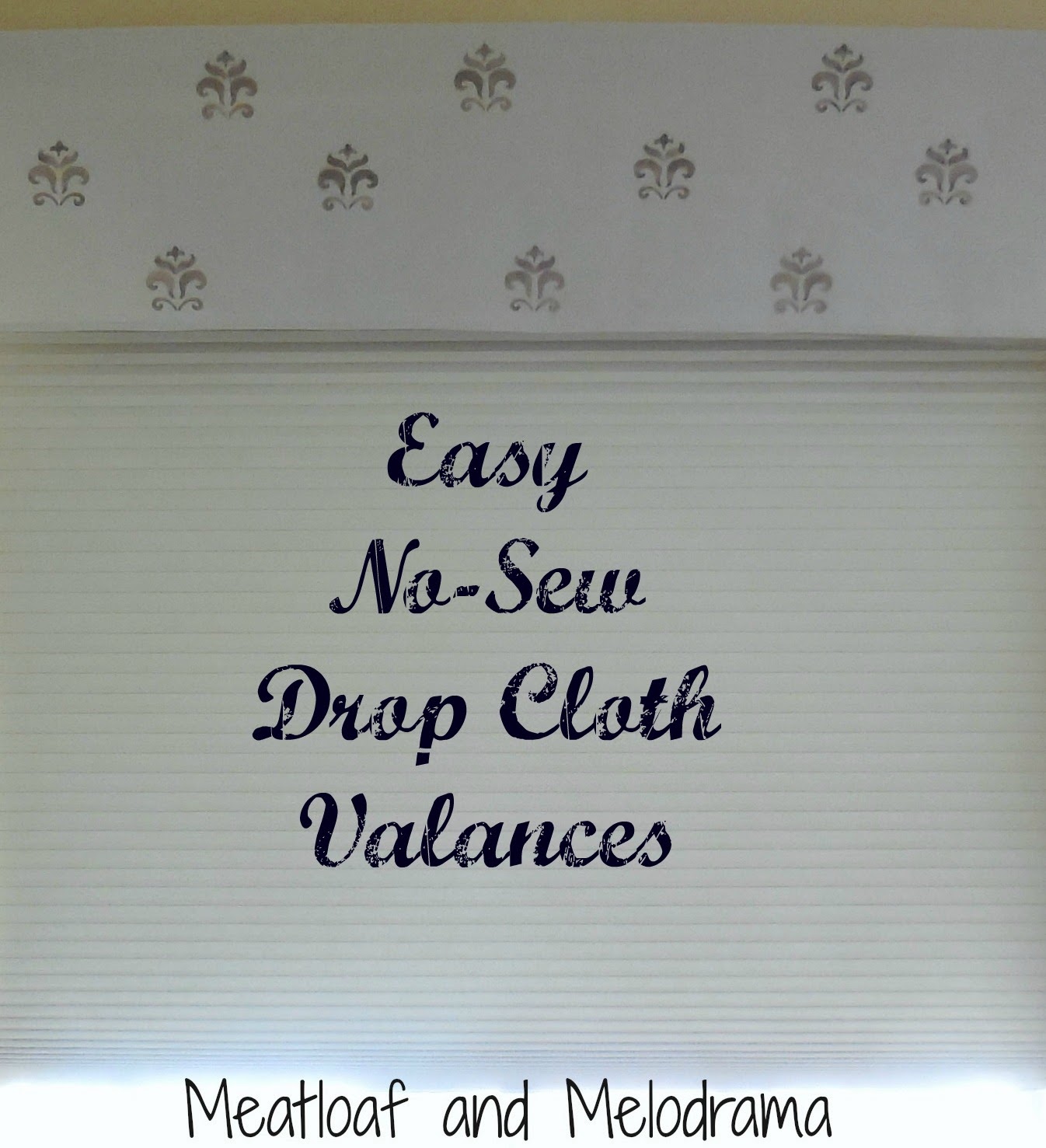 The family room has three big windows that are fairly close to each other. I kept the honeycomb shades, which were there when we moved in, only because they are energy efficient and do a great job of blocking out the hot desert sun. Someday, I may replace them with something else, but for now, they stay. Still, I never liked how plain the windows looked. 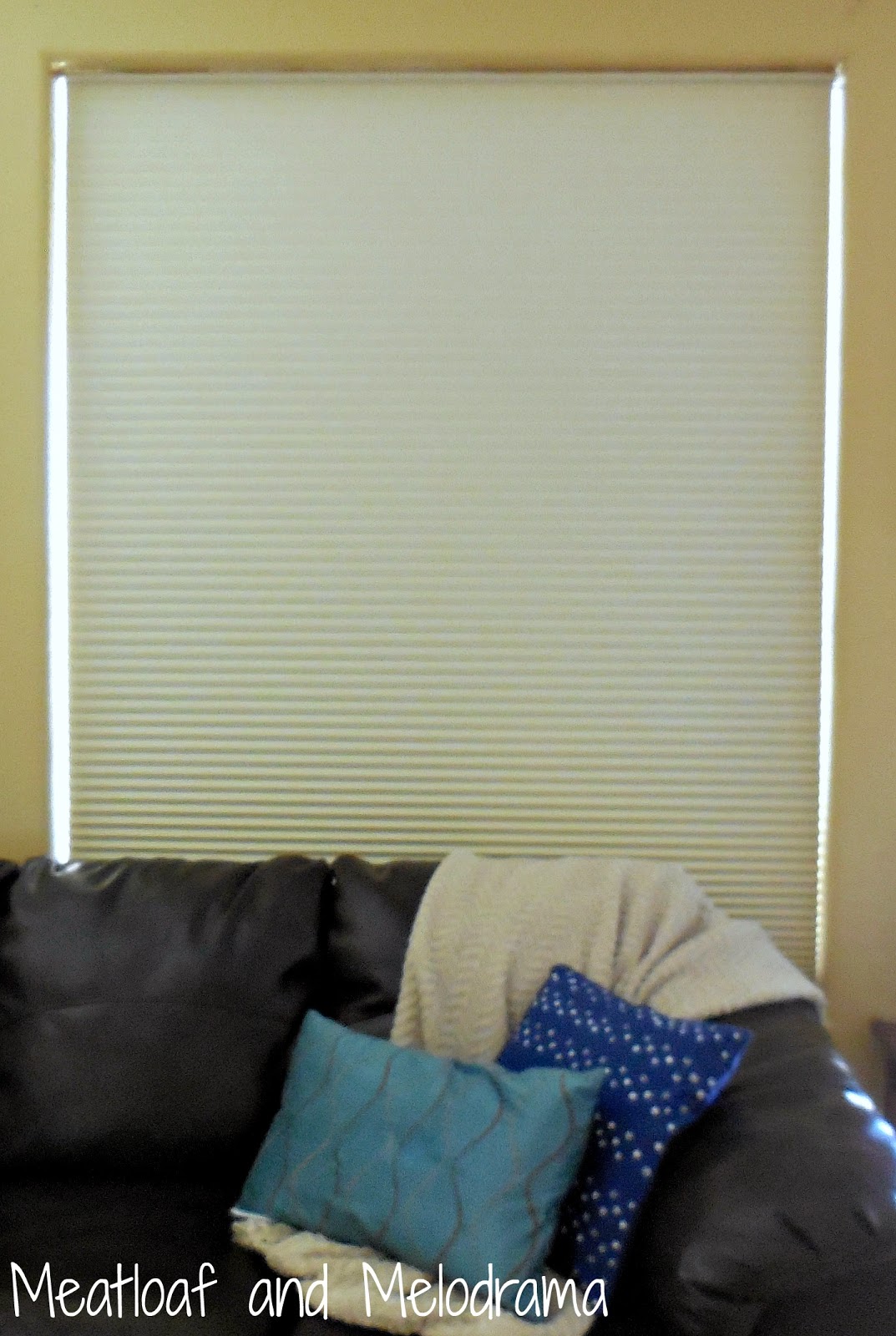 I've been seeing so many cute curtains made from drop cloths, and because
these are already hemmed, I knew it was the perfect material for a non-sewer like me! But, instead of making curtains, I decided that drop cloth valances would work better for this room, primarily because the kids and fur boys hang out here, and lets just say it's a very casual room. Because of the amount of light in here, it's also hard to get a good picture!

I bought two drop cloths from Home Depot. Each was 5 X 5, and they were exactly wide enough for the window. All I had to do was cut each in half. The hemmed edge would be showing, and the rough edge would be folded back on top of the window. 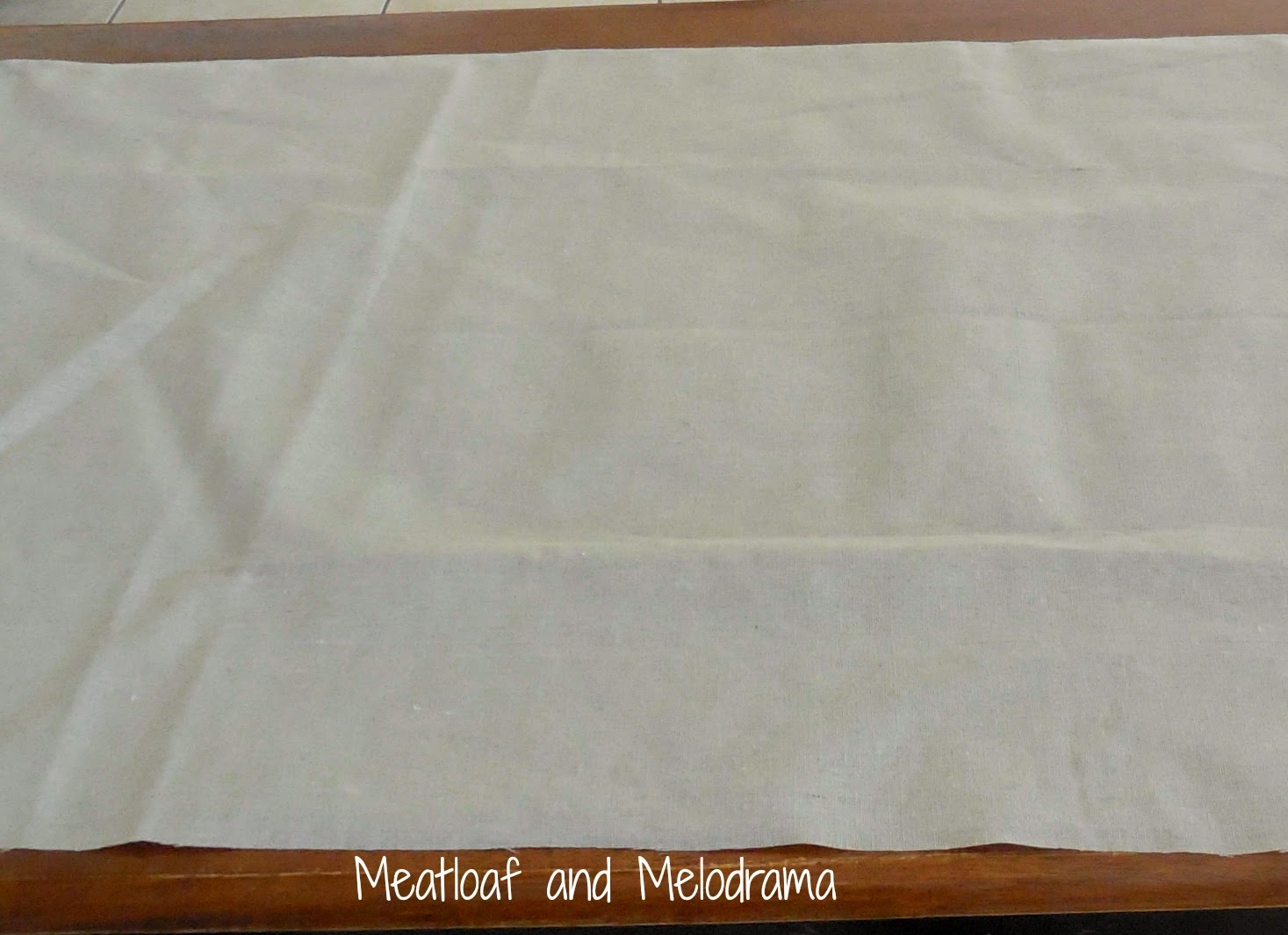 The longest part of the project was deciding what color and design would work best for the room. I almost used blue and green, for spring, but in the end, I decided to keep the color neutral so that the valances would work with any season. I used a watered-down burnt umber and stenciled a design over the material. 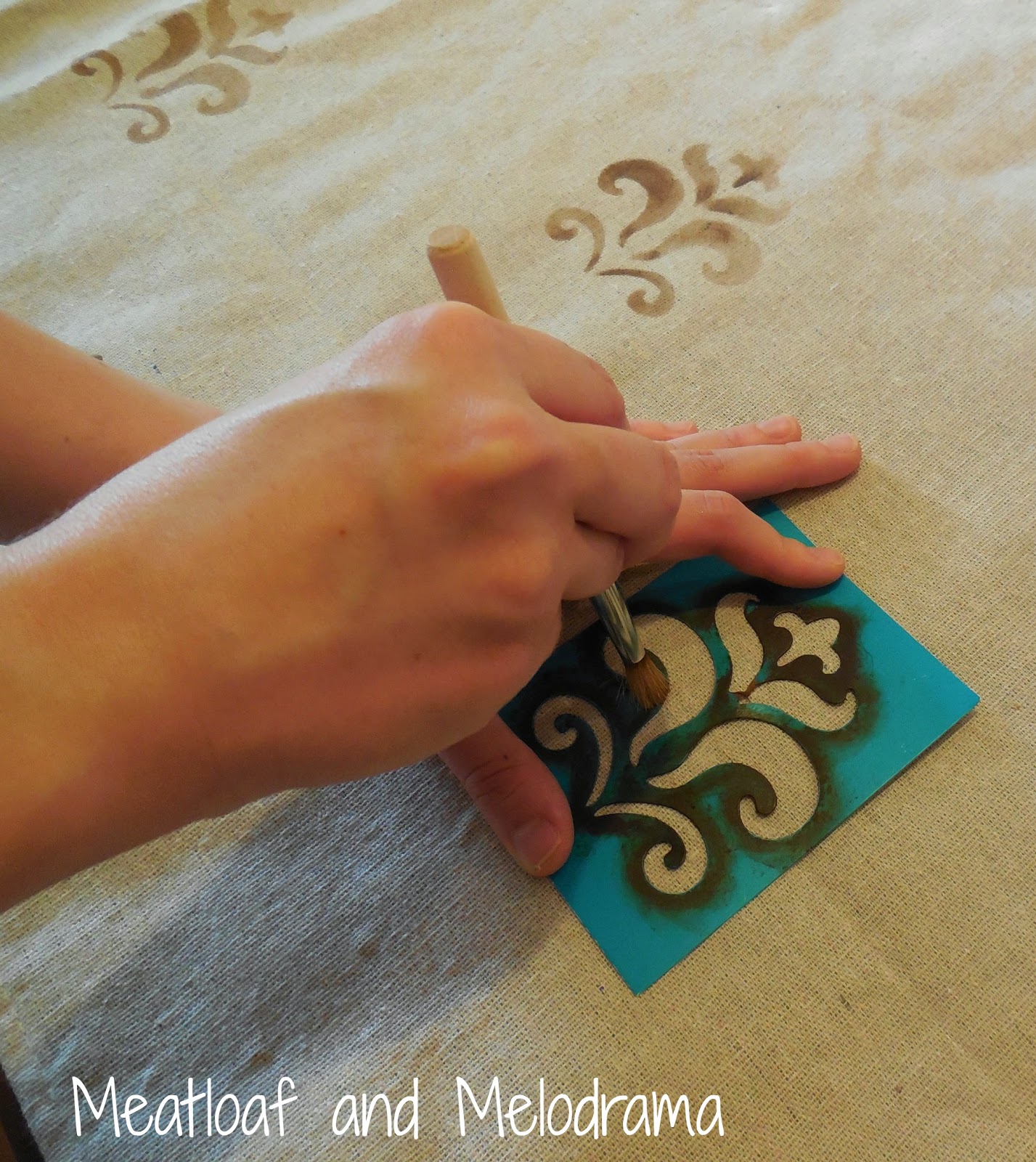 The design is darker in some spots, but I like this effect. It almost looks like the cloth is dyed and not painted. 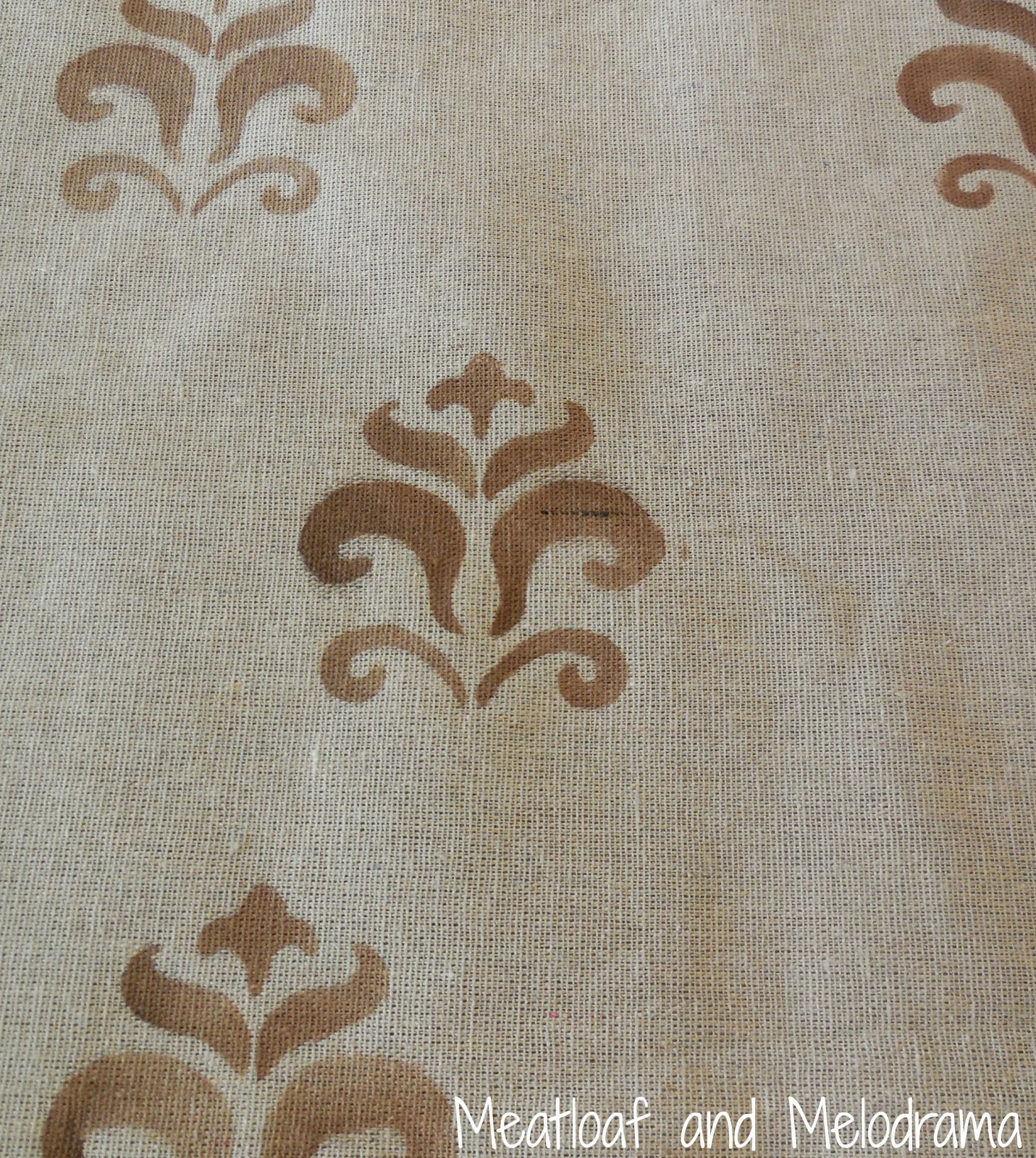 Instead of using a curtain rod, I kept the material folded and had Hubby nail the valances to the wall in the crease. Weird, isn't it? But, I thought three rods on the same wall wouldn't look right, and this was a really cheap way of hanging the valances! I only spent around $20 for the drop cloths, which covered three windows, and I have one more left over. 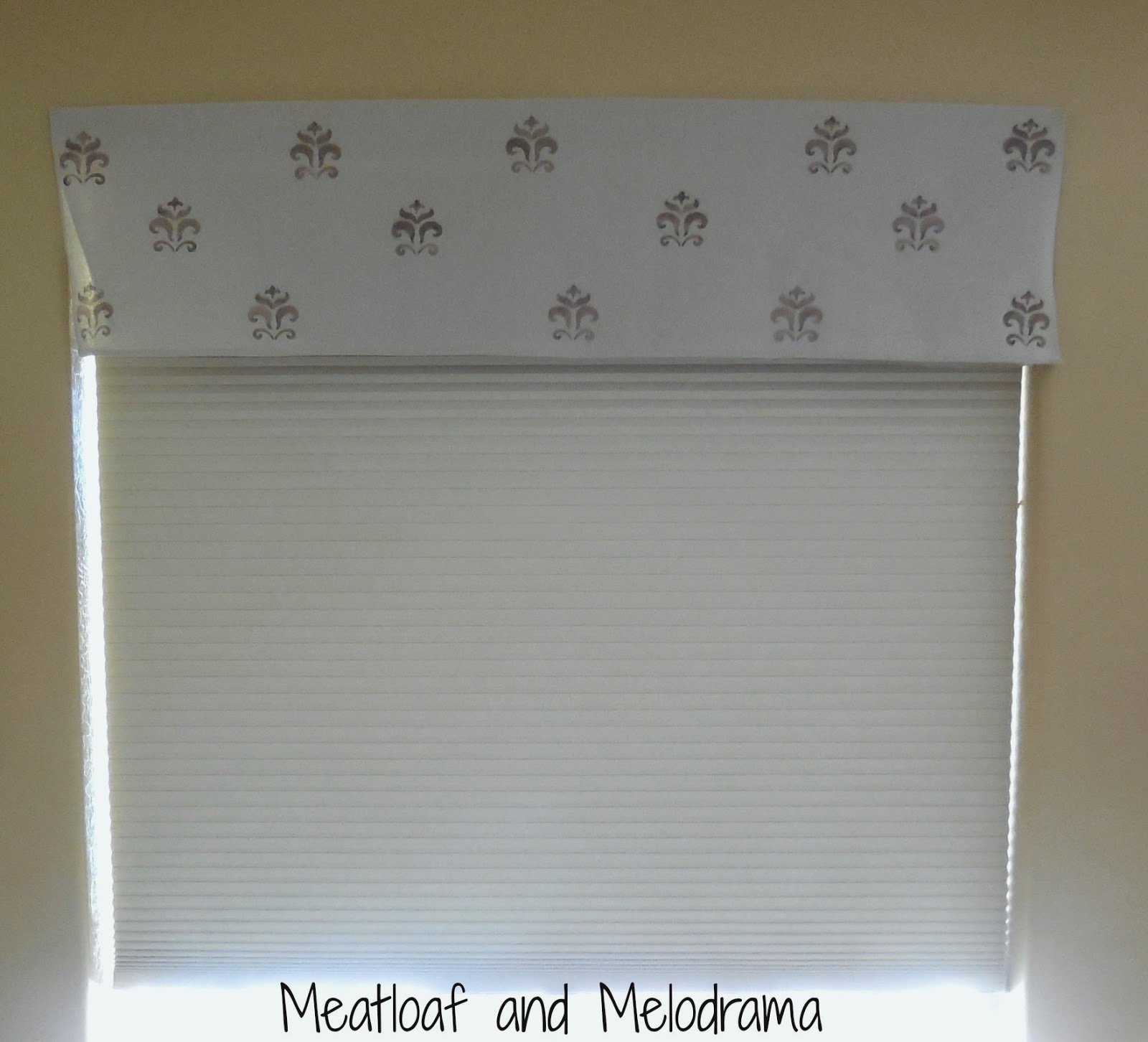 Here is how all three valances look over the windows. I don't iron, so the wrinkles will eventually fall out, and that's fine with me! I love how the brown print works with the room. I can always add more color by changing the pillows, throws and other decorations. 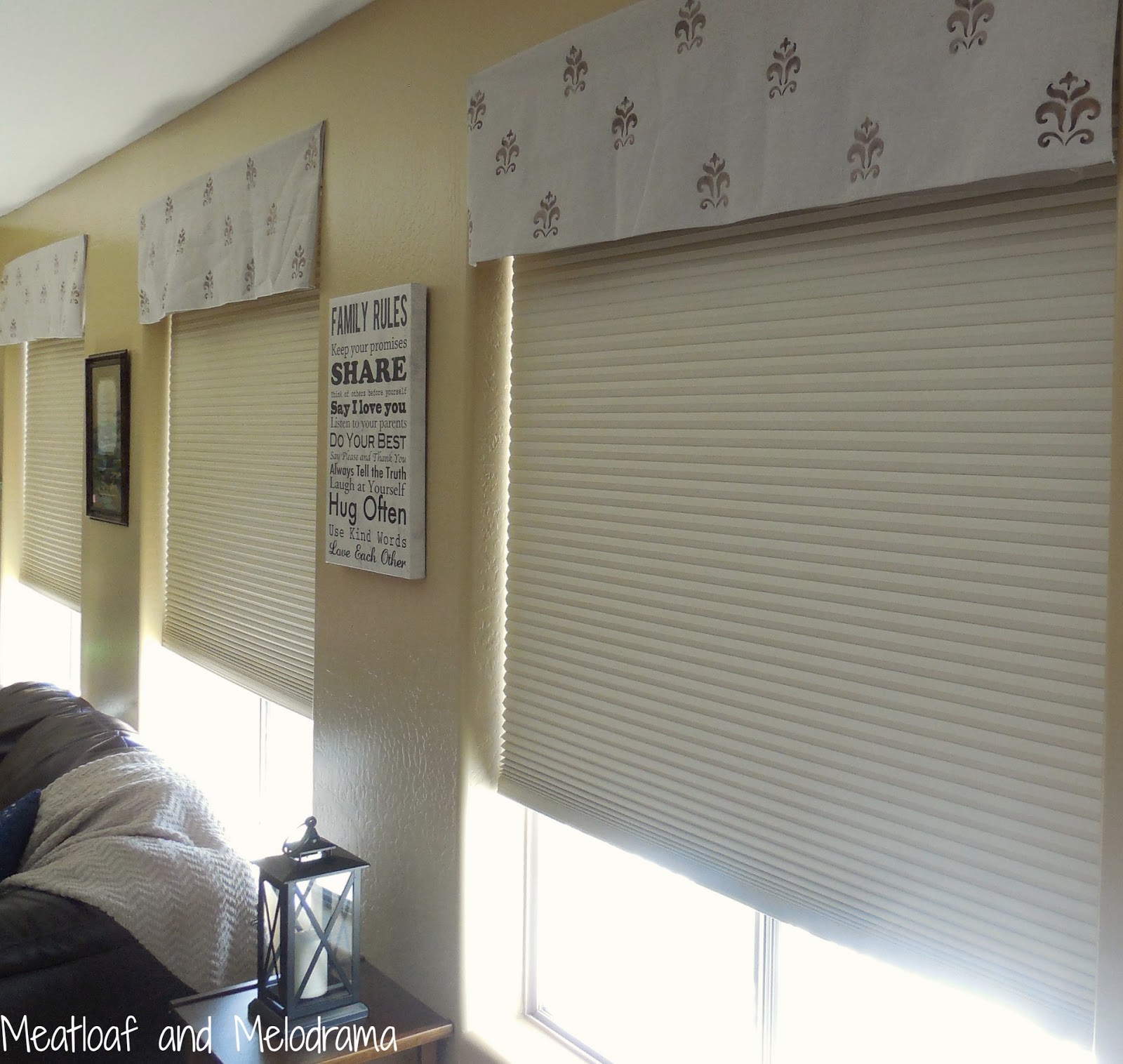 What do you think? Did I go overboard on the frugality? We visited some model homes recently, and I noticed they had valances without curtain rods. I don't know the method the designers used, but the result wasn't too different from they way mine look. I'm just happy to cross another project off of my list!

Thanks for visiting, and have a wonderful day!