Seven layer dip bites are quick and easy to make and fun to eat. You can make a batch for game day or for an easy appetizer anytime! 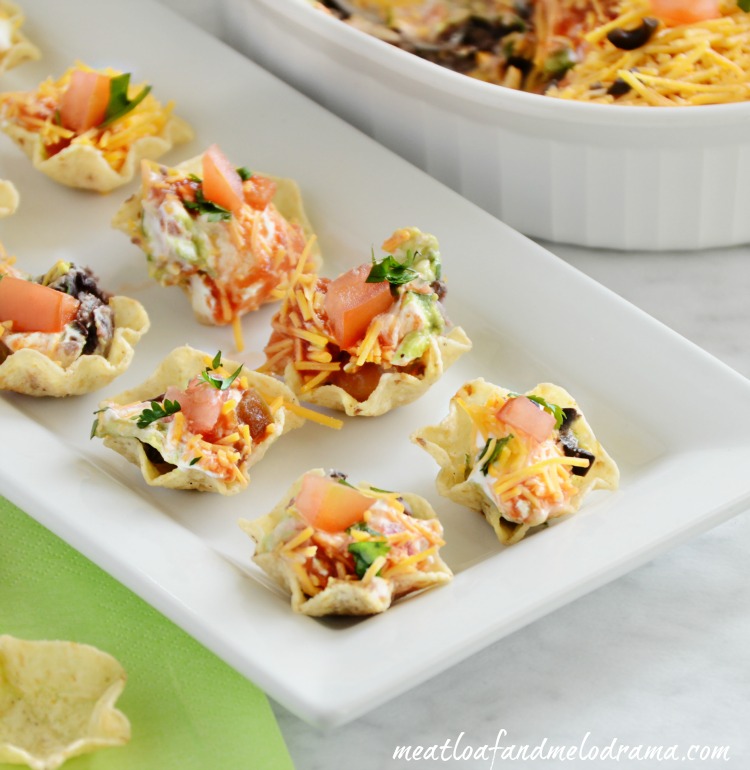 I love appetizers, and I if I had my way, I would probably eat them instead of bigger meals all the time. I think this is one of the reason that I enjoy game day so much -- it's all about the appetizers and fun snacks! Oh, there's the football, which I love, but hey, what's a game without food?!

The family and I were in Walmart the other day, and since the Big Game is just a few days away, we picked up a few things to snack on while we watch the game. We aren't having a big party or anything, but if  we were, I would definitely have built a snack stadium. Have you seen some of them? They are just over the top, but they look like so much fun.

For our own little party, I decided to make a fun salad and a mini version of a seven layer dip. I just love this dip, but I love the mini version better, especially since I don't have to worry about the kids double dipping .

So, I bought SNICKERS® minis, TOSTITOS® Scoops and Medium Chunky Salsa,  Pepsi™ and a bag of  Skittles®. 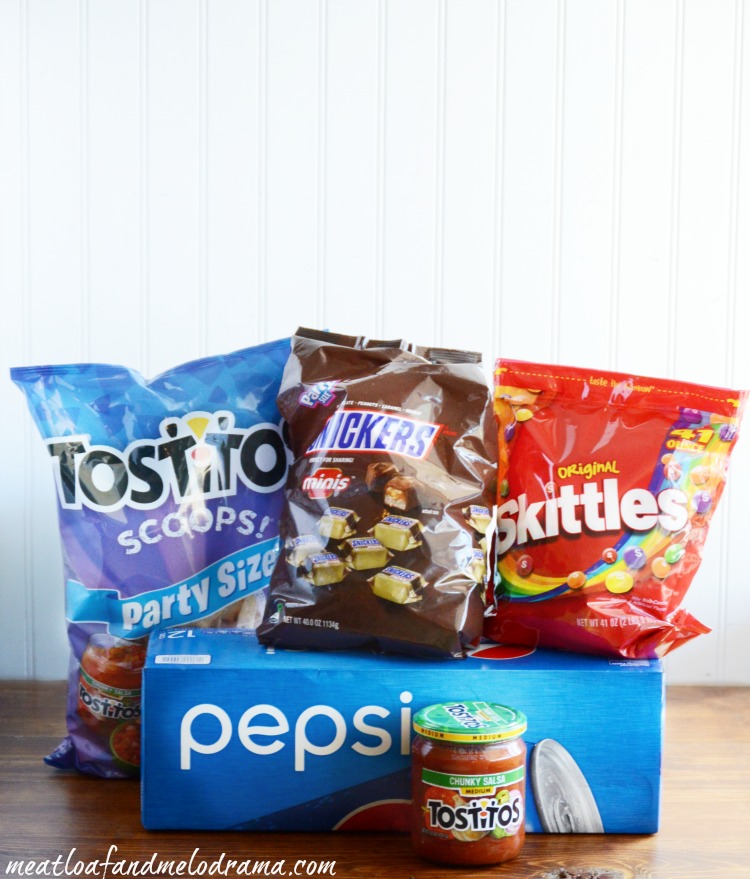 Classic seven layer dip consists of refried beans, guacamole, salsa, sour cream, cheese, olives and tomatoes, although there are a ton of other versions out there. I'm not a huge fan of refried beans, so I make mine with black beans, instead. I just smash them up a little so that the consistency is similar to refried.

To make the mini version, I layered all of the ingredients together, just like the regular dip, and then I scooped out small portions into TOSTITOS® Scoops.

First, I added two cans of black beans to a baking dish, and then I used a potato masher to mash them up. 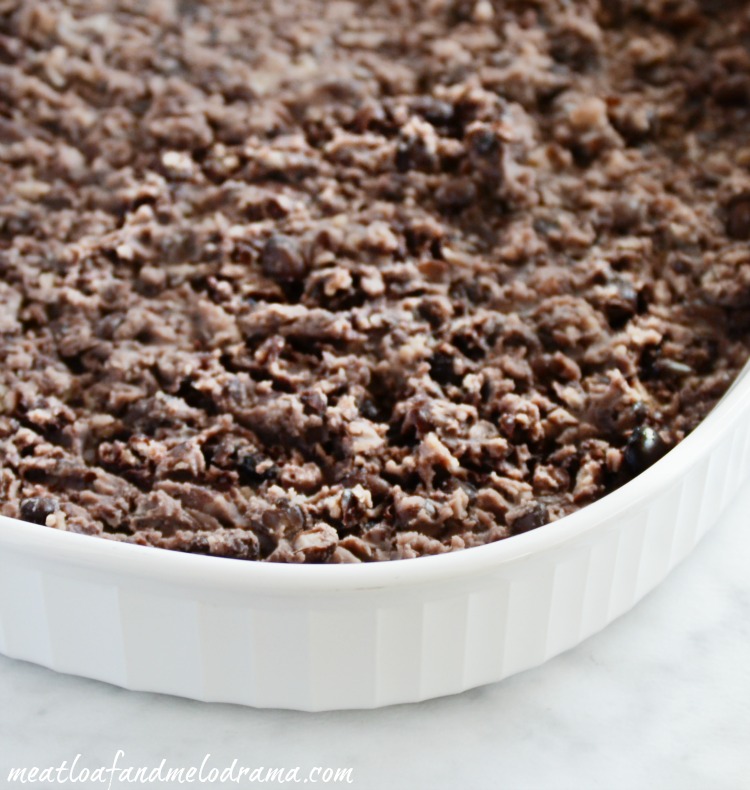 Then, I added a thin layer of homemade guacamole and sour cream. You can also buy guac from the store, but we love the homemade version better! 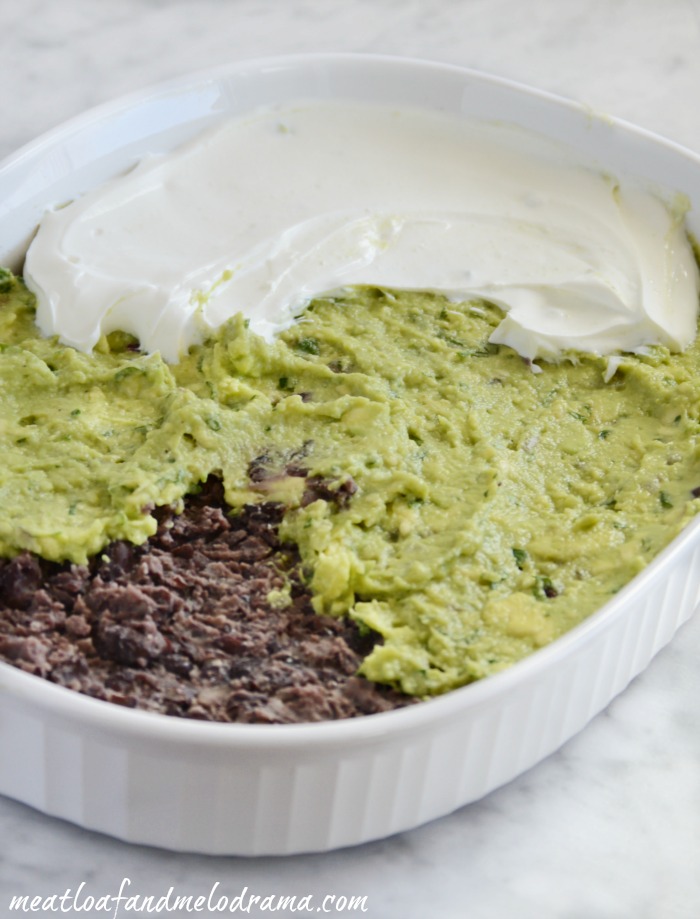 Next, you add some salsa and then shredded cheese. 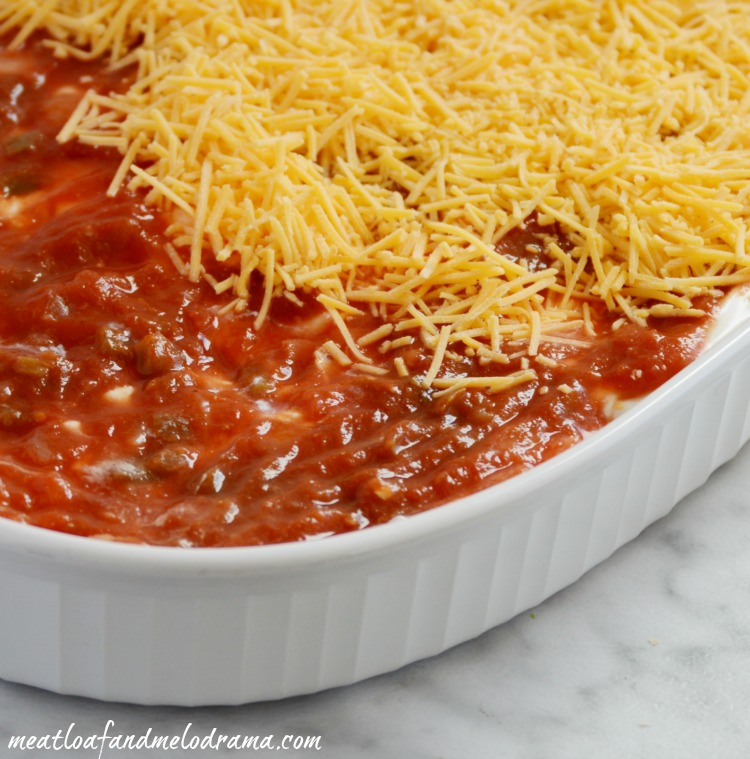 I added some olive slices, tomatoes and some cilantro over the top, and then I let it chill in the fridge for a little bit to firm up. 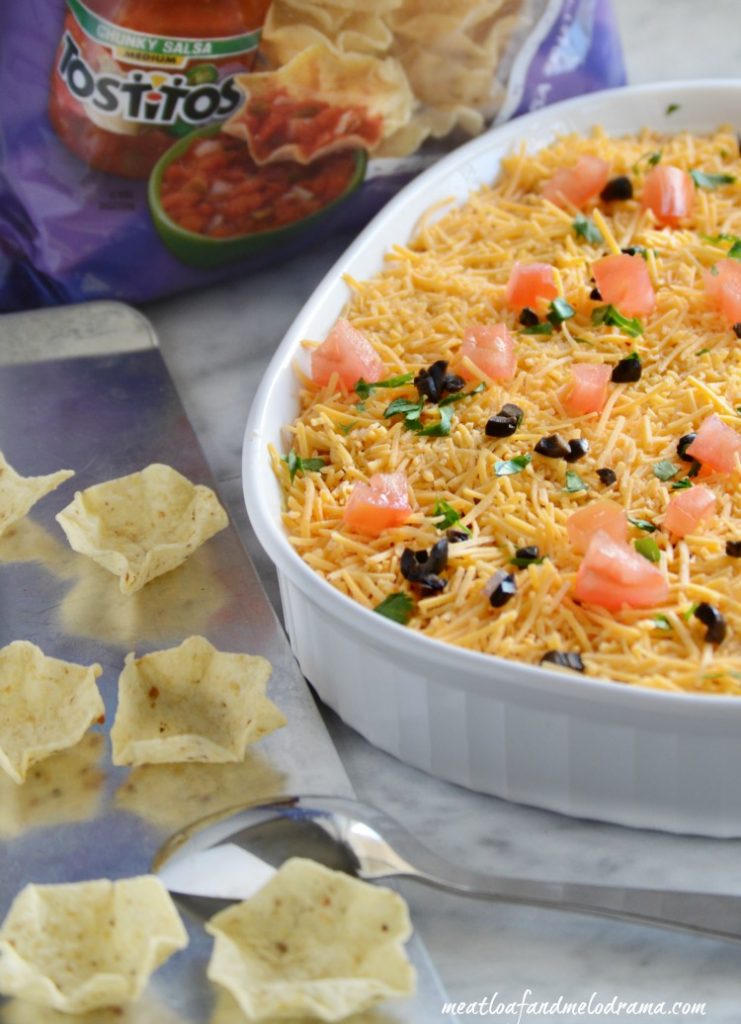 Then, I carefully dug into the dip and spooned small portions into the Scoops. You can add more tomatoes and olives at this point if you want.

Check out that layering! 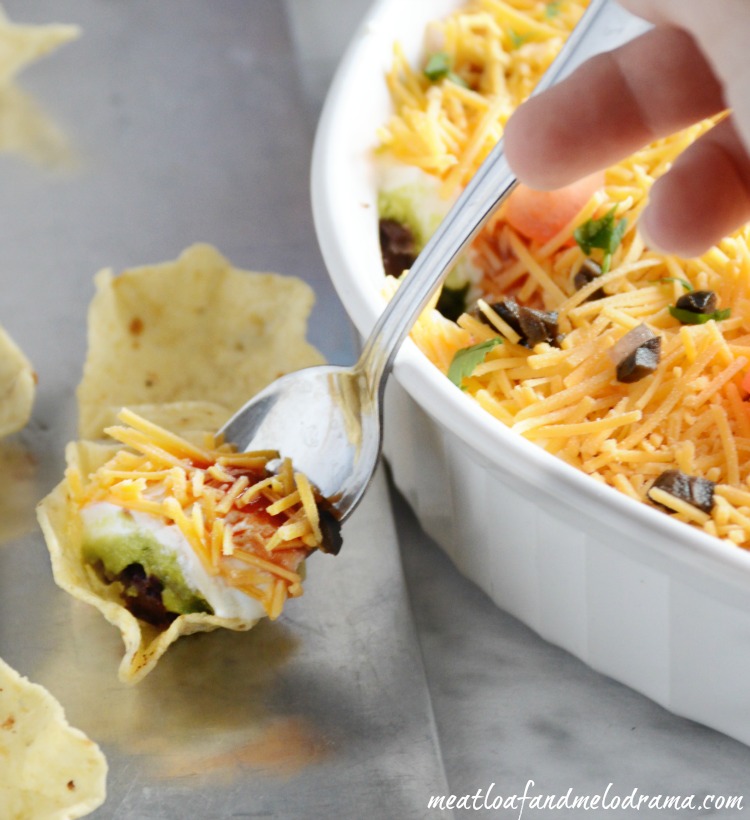 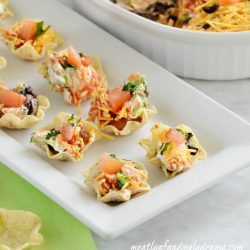 I served the seven layer dip bites with SNICKERS® Apple Salad, which is a family favorite, although we don't have it too often. Whenever I do make it, this stuff goes in a flash! I also put out a little bowl of the Skittles®. 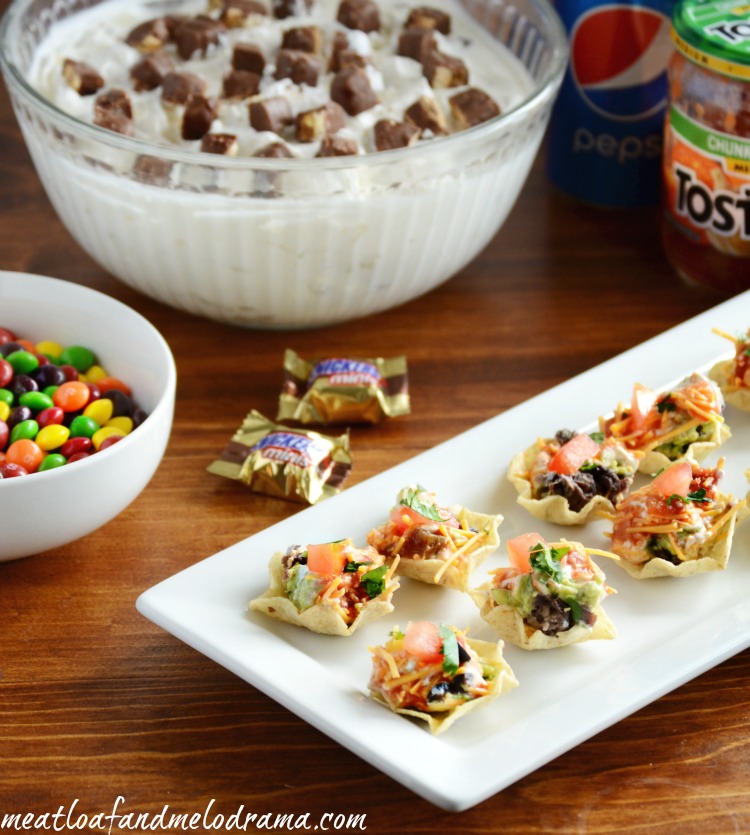 For even more game day inspiration, check out these fun recipes and snack stadiums!