Easy Apple Jacks Marshmallow Treats use only 5 ingredients and take just a few minutes to make. It's a no bake dessert for kids of all ages! 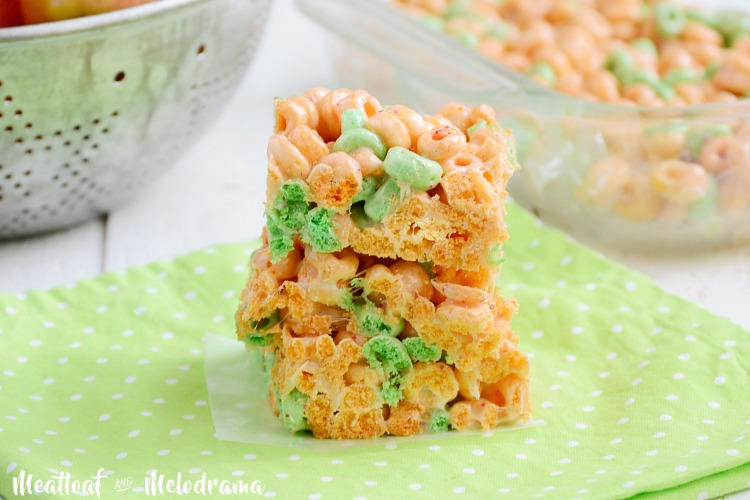 We've been having super hot temperatures lately -- We're talking around the 120 degree mark! Not fun, but it happens every year around this time, so c'est la vie, right?! So, I've been sticking with easy, no-bake desserts, such as these easy Apple Jacks Marshmallow Treats. That's right -- crispy cereal bars made from Apple Jacks!

Here's the funny part about this recipe -- The Hubs and I had the exact same idea. Isn't that weird?! We were picking up some groceries, when I noticed the Apple Jacks on the shelf. The kids don't get sugary cereal for breakfast, but I thought that it would be fun to try and make a treat with them, and Hubby actually said it out loud before I did.
That's what happens when you've been married for a billion years like we have, and so I just had to make them!

I make Rice Krispies treats and other no bake cereal bars all the time when it's warm out. Here are a few of them: 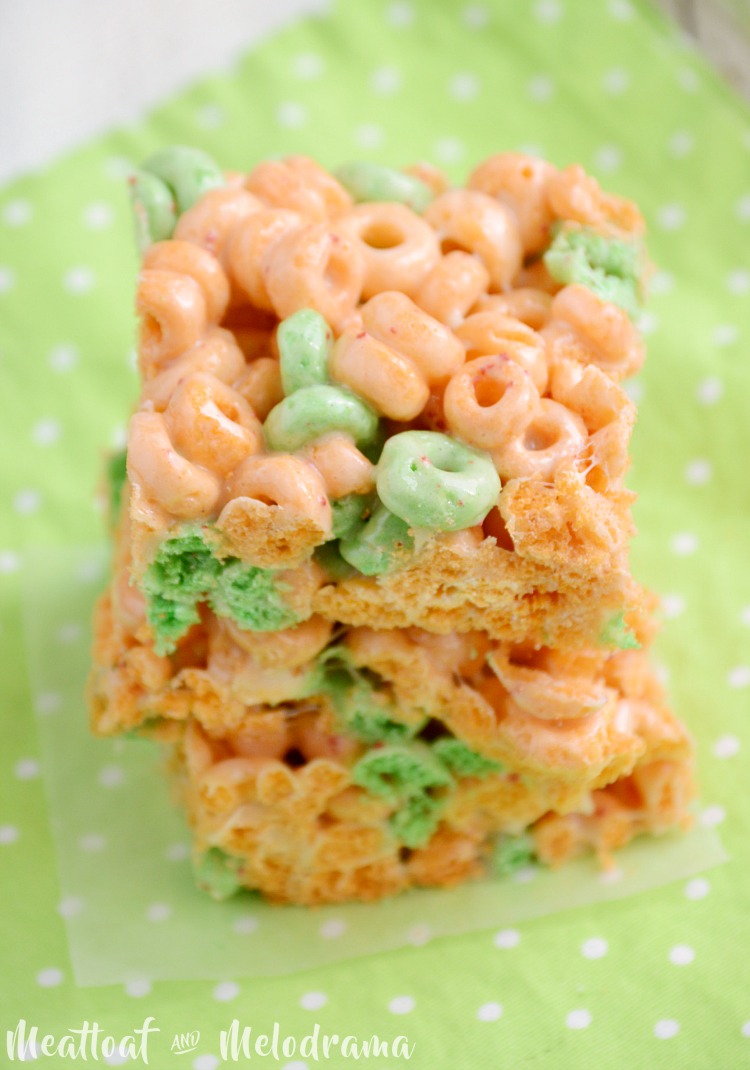 This recipe is similar to those. Actually, it's most like the Marshmallow Krispy Treats, only you use Apple Jacks cereal instead of Rice Krispies. I made a few other minor adjustments with this one, and these no bake treats are just plain yummy! 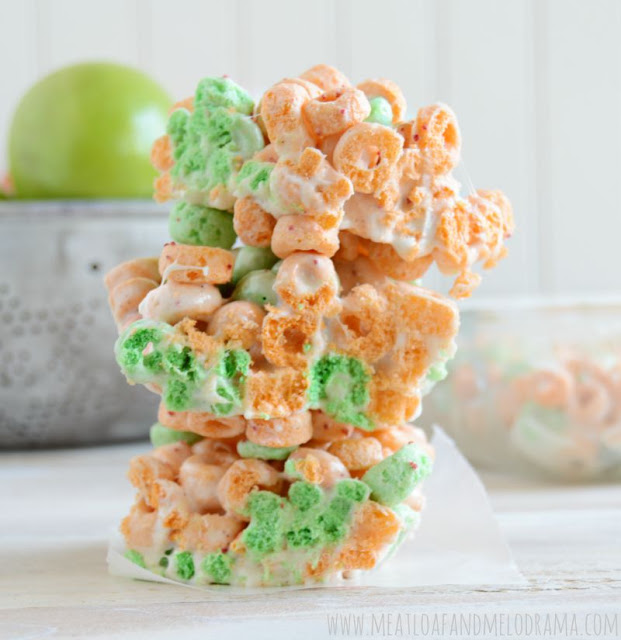 They're also super easy. In fact, my youngest daughter made a second batch all by herself since the first batch somehow disappeared overnight. That happens frequently around here, although no one can tell me exactly how it happens!

The kids just loved these marshmallow treats, and when you first make them, it's fun to pull them apart. They're very stretchy and super ooey gooey! 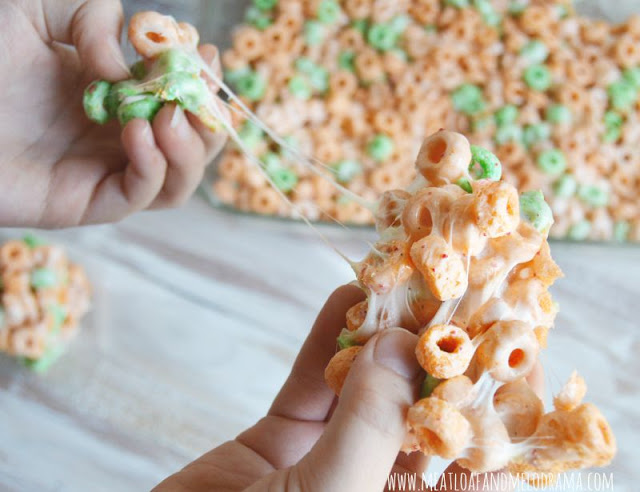 They're also pretty sweet, so when the kids asked if they could have them for breakfast, my answer was definitely no.

But they're perfect for an easy no-bake dessert! 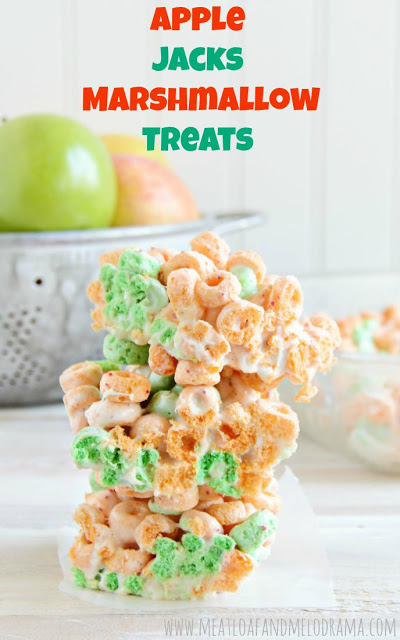 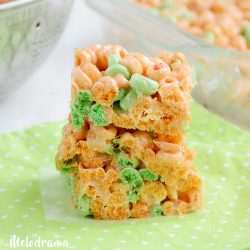