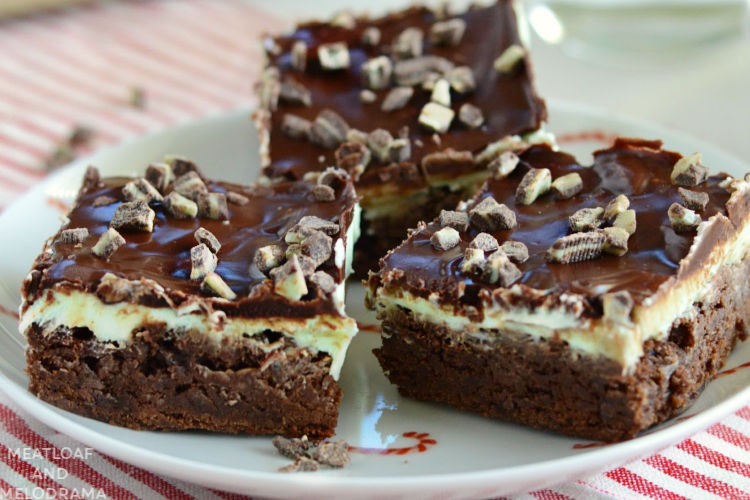 These chocolate mint brownies are truly amazing. They’re fudgy, loaded with chocolate and bursting with peppermint flavor. And even though this decadent dessert has three layers, it’s still basically an easy homemade brownie recipe.

As much as we love our Peppermint Brownies and One-Bowl S’mores Brownies, we may just like these mint brownies even better — maybe. So, if you’re looking for the world’s best best brownies, you have to give these minty fudgy brownies a try.

Seriously, you guys, we made these chocolate mint brownies twice last week, and my kids devoured them both times. I’m lucky that I managed to take pictures before they were gone!

Like I said, I used a basic one-bowl brownie recipe without cocoa powder for the base. You can make them on the stove in one pot or in the microwave. Then, you pour the brownie batter into a parchment-paper lined baking pan.

What size is a brownie pan?

I always use  a 9 x 13-inch pan to make brownies. This gives you brownies that are just the right thickness, with a shorter baking time compared with a smaller pan. I also highly recommend using parchment paper to line the pan — especially for this recipe, since you’re frosting them and cutting them into bars before serving. 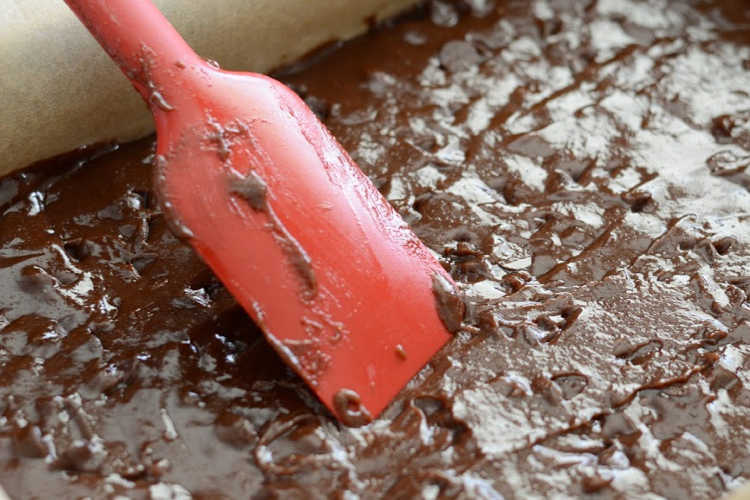 How do you know if brownies are ready?

The edges will start to pull away from the pan, and the middle will  be mostly firm. A toothpick inserted into the center will be mostly clean, but you may see some chocolate from the semi sweet morsels. Just don’t over bake!

After the brownies cool, you make the peppermint frosting layer and spread it over the chocolate brownies. Then, you let this layer firm up enough to add the chocolate ganache. You can pop them into the fridge to speed up the process! 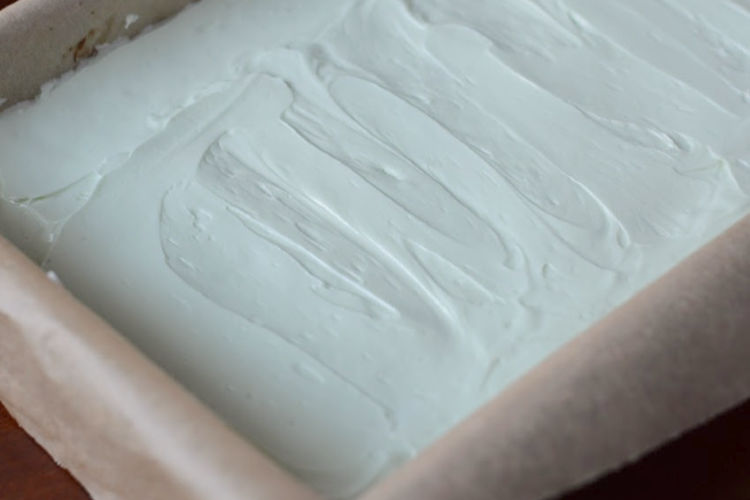 The chocolate ganache is made without heavy cream — It’s just butter and chocolate. Mix the ingredients together in a small pot, and pour it over the peppermint layer. 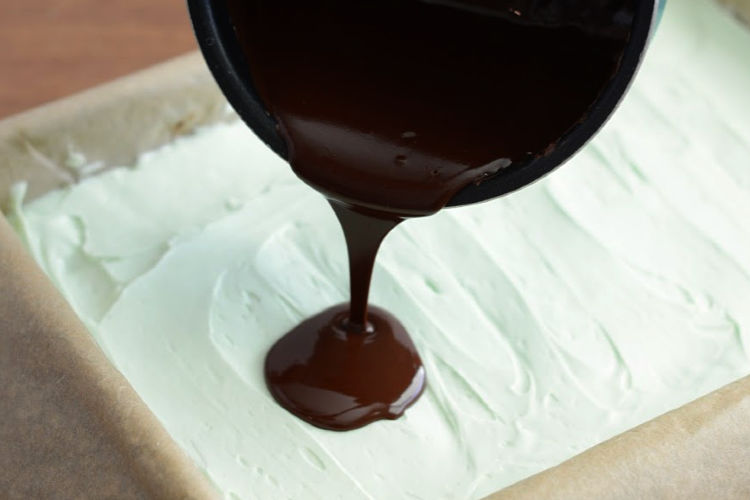 Use a spatula to spread the ganache evenly over the brownies, then sprinkle some chocolate mint chip pieces over the chocolate.  It’s not completely necessary, but it just gives these fudgy chewy brownies an extra layer of deliciousness. 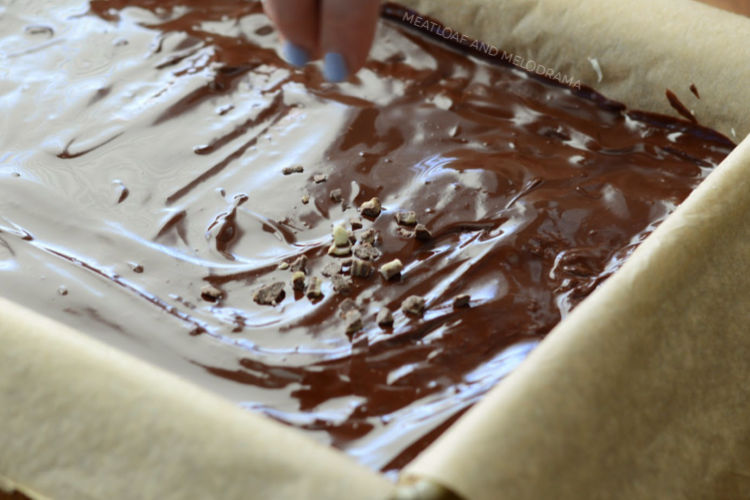 Pop the mint chocolate chip brownies into the fridge for about 30 minutes, then slice them up, and they’re ready to eat! You can definitely make these brownies anytime you want, but because they’re so minty and festive looking, they really are perfect for holiday baking and cookie exchanges! 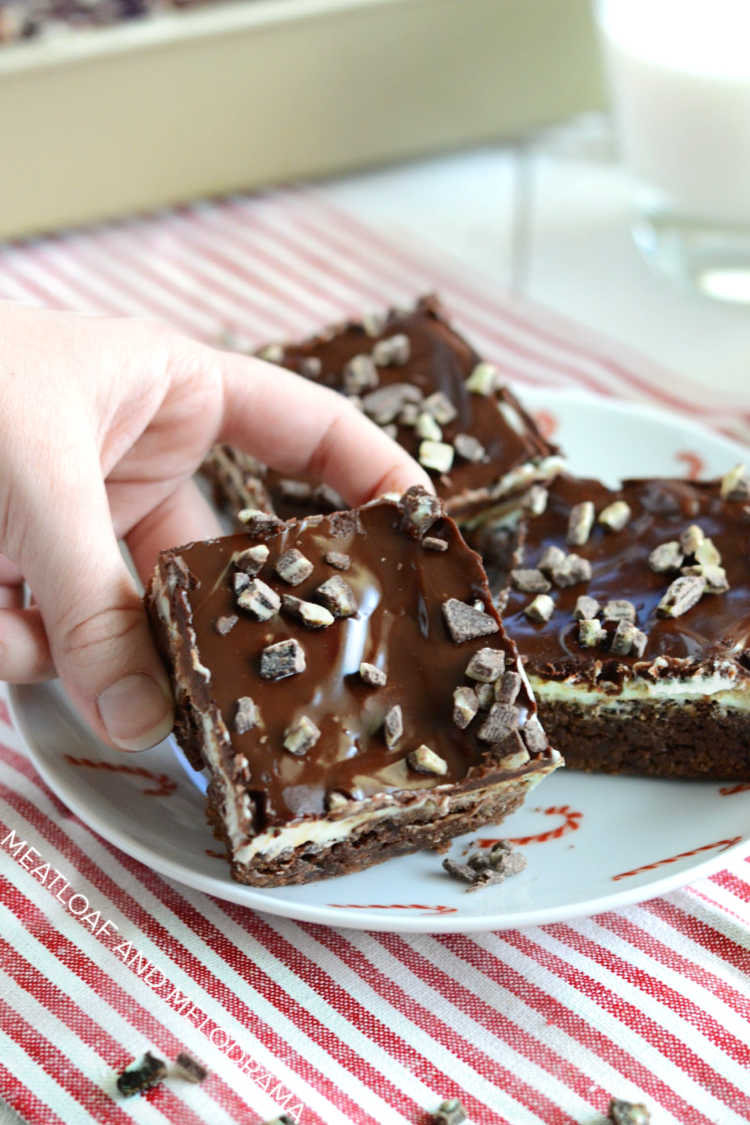 Speaking of cookie exchanges, I’m participating in a virtual one — The Sweetest Season — hosted by Erin from the Speckled Palate. If you’re looking for more holiday cookie recipes, check out the cookies, bars and brownies made by some uber talented food bloggers! 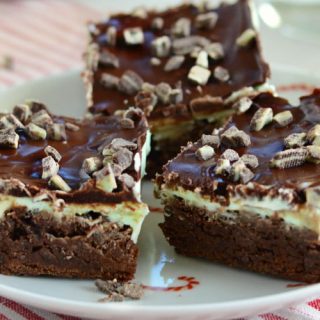 For the chocolate brownies

For the peppermint frosting

for the chocolate ganache

For the peppermint frosting

For the chocolate ganache 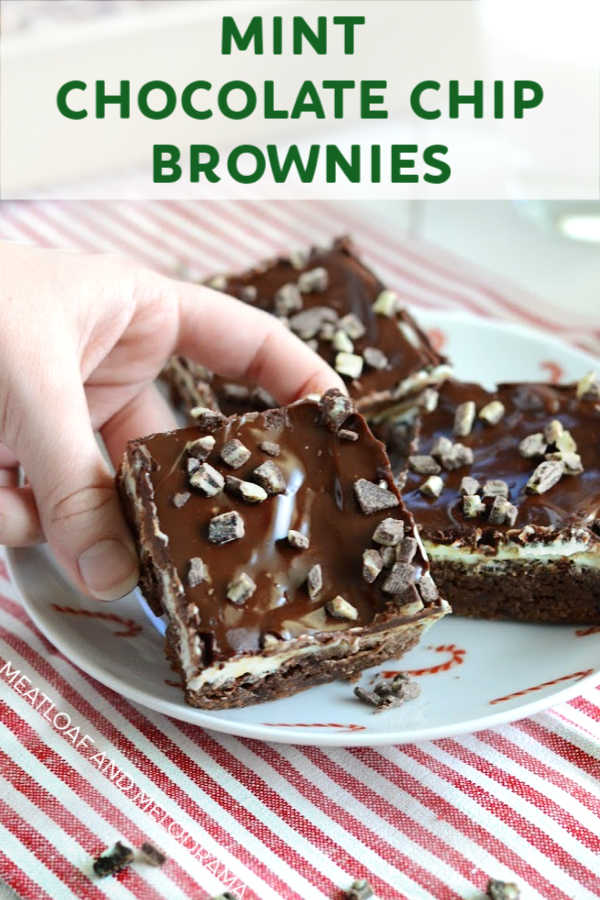 I hope you enjoy these awesome mint chocolate chip brownies as much as we do! 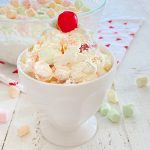