Hi friends! When my kiddos were small, they loved using those plastic pumpkins to carry their candy on Halloween. But now that the kids are getting older and bringing home a lot more candy, those little pumpkins just aren't cutting it. In fact last year, we even had to make a quick run home before heading out again. I think we just have some very generous neighbors! So I got creative and made this super easy no-sew Halloween tote bag that definitely has more room for treats! 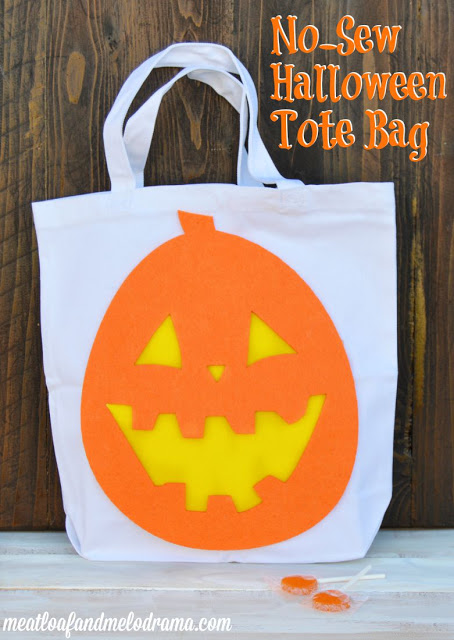 As much as I love to get crafty, I absolutely, positively do not sew. No offense to those of you who do, and really, it's an awesome skill to have, but it's definitely not my thing. So, anytime I can do a no-sew project, I go for it.

I was in the craft store yesterday, and I saw these adorable felt pumpkins. At first, I thought I could use one or two for a Halloween pillow, but our pillows tend to end up on the floor. So then I remembered that the kids needed some new bags for trick-or-treating, and I decided to decorate some tote bags with the felt pumpkins instead.

I bought a pack of medium-sized canvas tote bags, some yellow felt, and since I had a coupon, the entire project cost less than $10. And it only took a few minutes too. Go me!

So, here's how to make a no-sew Halloween tote bag: 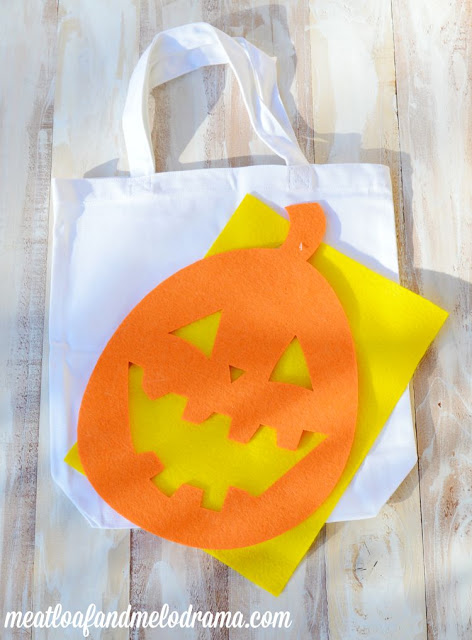 First, make sure the pumpkin fits the size of the bag. I ended up snipping off the top of the stem to make room for the pumpkin. I also saw some felt pumpkins at the Dollar Store, but they were too large for this size bag. But hey, if your neighbors are super generous, you may want to upgrade to an even larger bag! 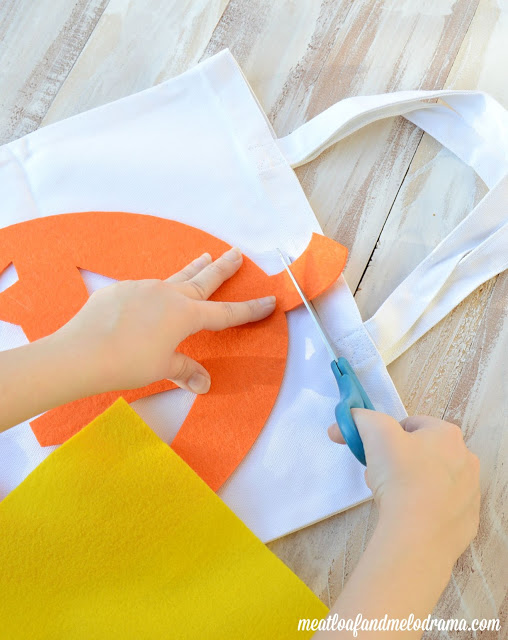 Next, I trimmed the yellow felt so that it fit just underneath the pumpkin and filled the spaces for the eyes, nose and mouth. You can see that I wasn't that neat with the cutting, but nobody will see this! 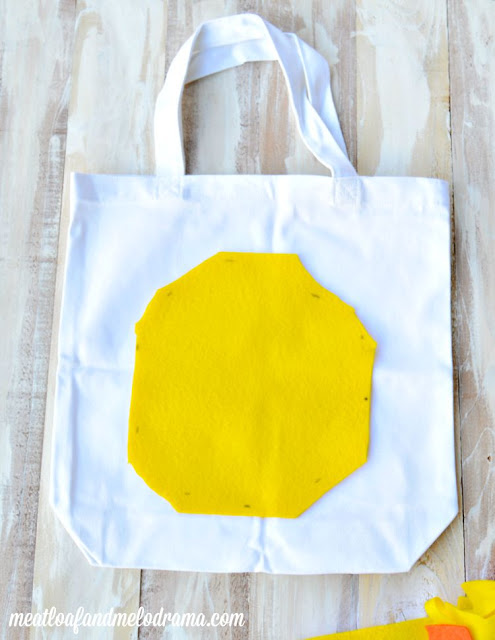 Then, I lined the pumpkin up so that it covered the yellow felt, and I glued the pumpkin on top of the felt. Here's where you may want to use some cardboard inside the tote, just so that the glue doesn't seep through the canvas. 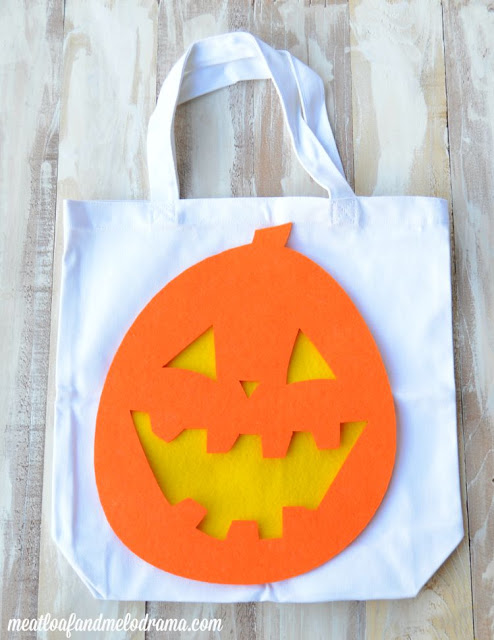 I used hot glue to attach the pumpkin to the bag, and it worked like a charm. Just be sure to trim any glue strings so that the tote looks nice and neat. 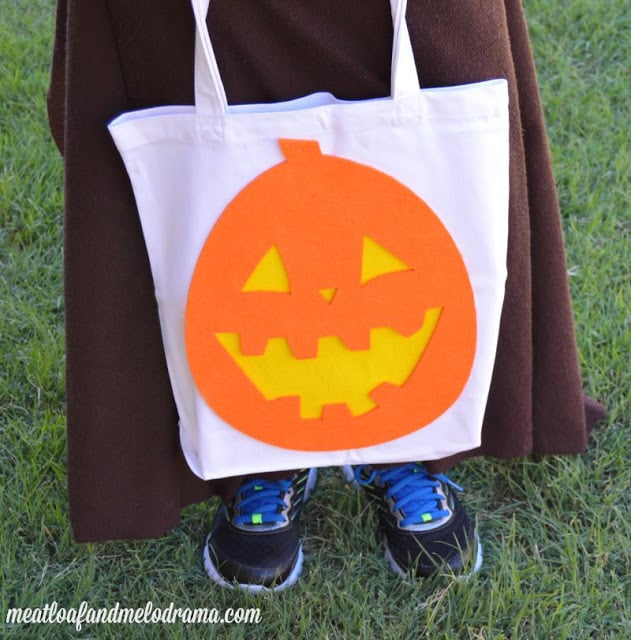 And now, you've got an easy no-sew Halloween tote bag! It's also nice and bright, which is perfect for Halloween, especially if the kids are out after dark.
My little Jedi can't decide if he want this one or if he wants to give this one to his sister. I have more bags, and since this is such an easy craft, I can whip up another Halloween tote in no time at all.
Thank you SO much for stopping by! 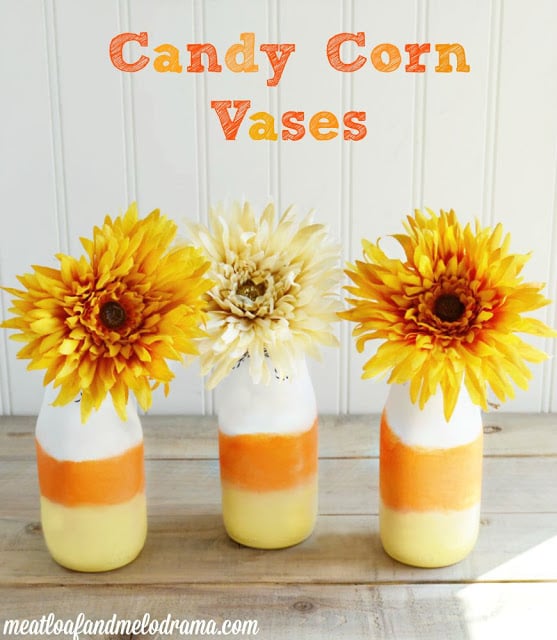 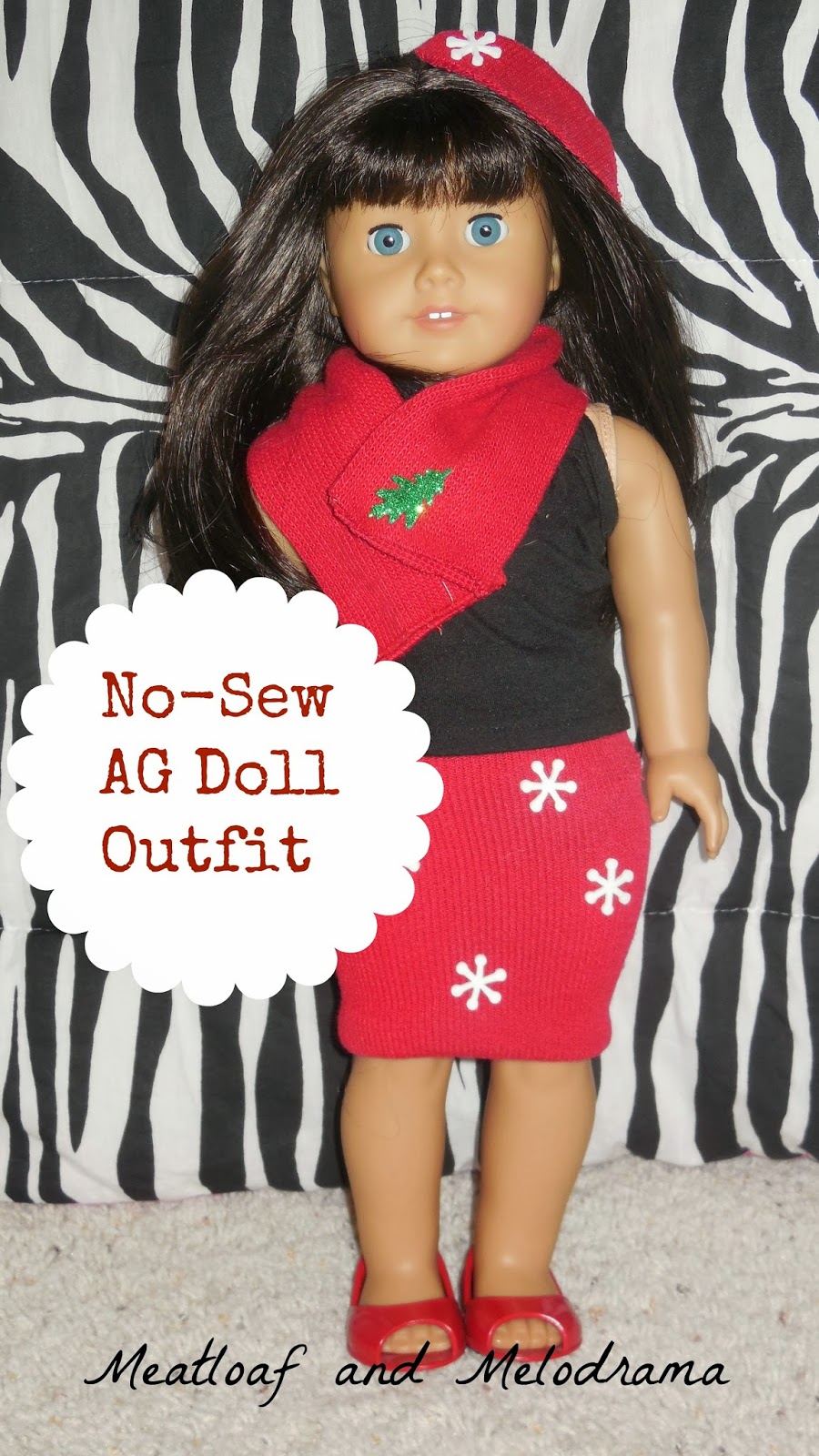