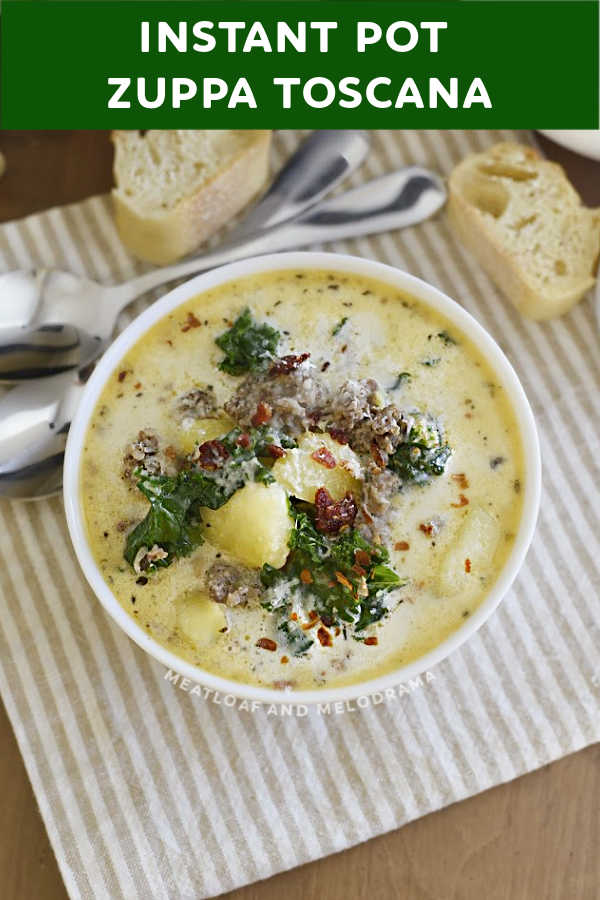 This easy sausage potato soup recipe is loaded with cubed Yukon gold potatoes, flavorful Italian sausage and kale leaves in a creamy broth. Top it off with crumbled cooked bacon and grated Parmesan cheese, and you’ve got a hearty meal in one bowl!

I used to have a bowl of Zuppa Toscana soup whenever I had lunch with friends at the Olive Garden. I liked it so much that I even made it at home a few times.

I’m not sure why it took me so long to make Zuppa Toscana in the pressure cooker — probably because one of the kids is definitely not a fan of kale!

You guys, I am so glad I finally converted this soup recipe into an Instant Instant Pot recipe, because this Tuscan-style soup is amazing. And, it’s so much quicker in the Instant Pot!

Zuppa Toscana is the Olive Garden’s take on a rustic soup found in Tuscany. The Italian version has beans, more veggies and a lighter broth.

How to Make Zuppa Toscana in the Instant Pot

Quick and easy recipes are my favorite, so I made this soup as easy as possible.

Start by cooking some chopped onions until they are slightly soft. Then, add your ground Italian sausage and cook until no longer pink.

Sometimes, I’ll even use ground breakfast sausage because it’s so easy to work with and is usually not as greasy.

Season the meat, stir it, and turn off the pot. Then, add your chopped potatoes and chicken broth to the Instant Pot.

If you have some sausage bits sticking to the bottom, deglaze the pot when you add the broth. This will prevent the dreaded burn notice!

Pressure cook the soup for 5 minutes, and allow a 5 minute natural release, followed by a quick release. This helps prevent liquid spraying everywhere.

After removing the lid, add your chopped kale, then stir in the heavy cream while the pot is on Keep Warm setting. The soup is hot enough that it will cook the kale.

Give it a few minutes, and you’re good to go. You can add chopped cooked bacon and grated Parmesan cheese to the soup or serve it on the side for people to help themselves.

How to Thicken the Soup

This soup is not very thick. You can mash some of the potatoes right in the pot before serving or use a cornstarch slurry for even thicker soup.

Use Spinach instead of Kale

If you don’t like kale, use chopped fresh spinach. Just remove the stems before adding it to the pot.

How to Reheat Sausage Potato Soup

This Zuppa Toscana recipe makes a lot of soup. You can refrigerate the leftovers and reheat the soup in the microwave, in the Instant Pot on the saute setting or in a large pot on the stove.

How to Freeze the Soup

You can freeze any leftover zuppa Toscana for another time. BUT, keep in mind that soups with cream or milk may separate and develop a slightly grainy texture once reheated.

If this doesn’t bother you, you can freeze the leftover soup in freezer bags to save for later. If you know you’ll be freezing the soup, you can freeze all or some before adding the cream and stir in the cream when you reheat it. 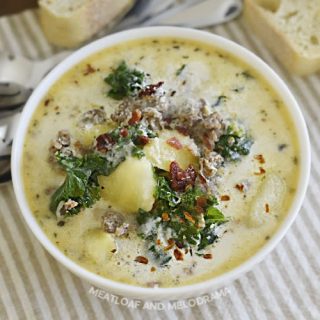 Recipe was made in a 6-quart Instant Pot pressure cooker and can be made in an 8 quart without changing amounts or cook time. Can substitute spinach for kale, olive oil for butter and turkey sausage or breakfast sausage for Italian sausage. If you only have a 32-ounce box of chicken broth, add 1 cup of water along with the chicken broth before cooking. To thicken the soup, mash some of the potatoes in the pressure cooker before serving or use a cornstarch slurry. If you use the slurry, turn on the SAUTE setting, and stir it into the soup right before serving. 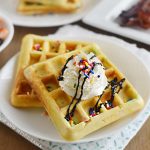