It's been a long time since I've shown you any loom band projects, but I have a super cute one to show you today. I'm also excited because it's been cool and rainy around here lately, and it's actually starting to feel more like fall -- yay! Anyway, my little diva has been busy working on her Rainbow Loom to create a few loom band charms for Halloween, including some little glow-in-the dark ghosts. She wants to hand them out to her friends, so we created a card to go along with the ghostie. 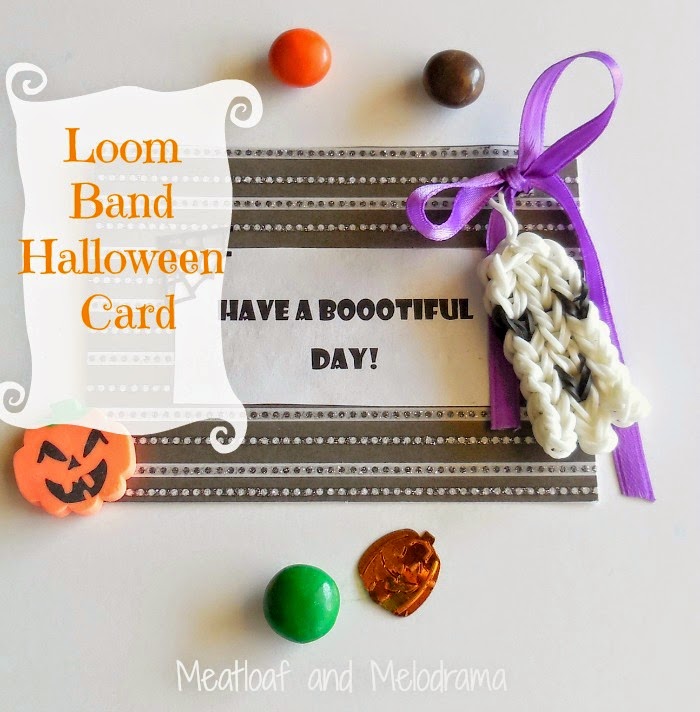 She also made a witch's hat and a little orange pumpkin, but we thought that the ghosts would be fun to attach to the cards. 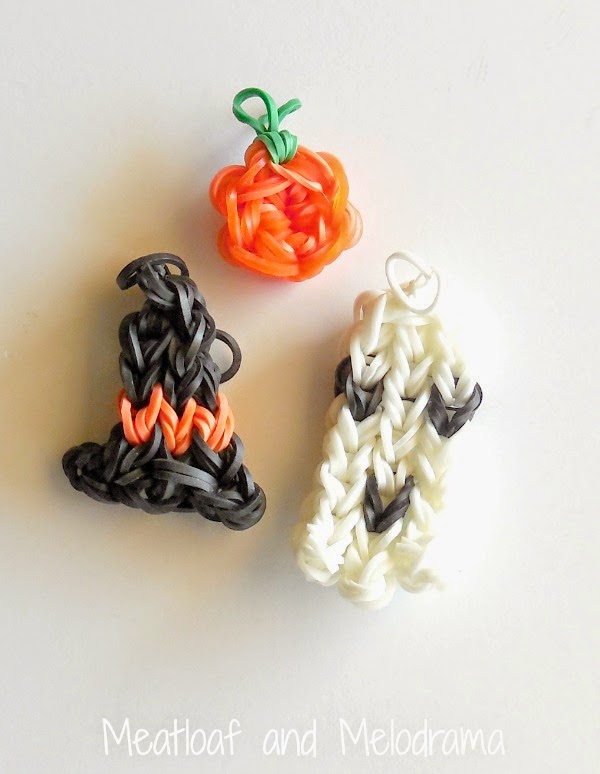 First, we came up with a whimsical saying, and then we printed out several copies on plain white paper. We trimmed them and glued each one onto some pretty black and silver card stock. 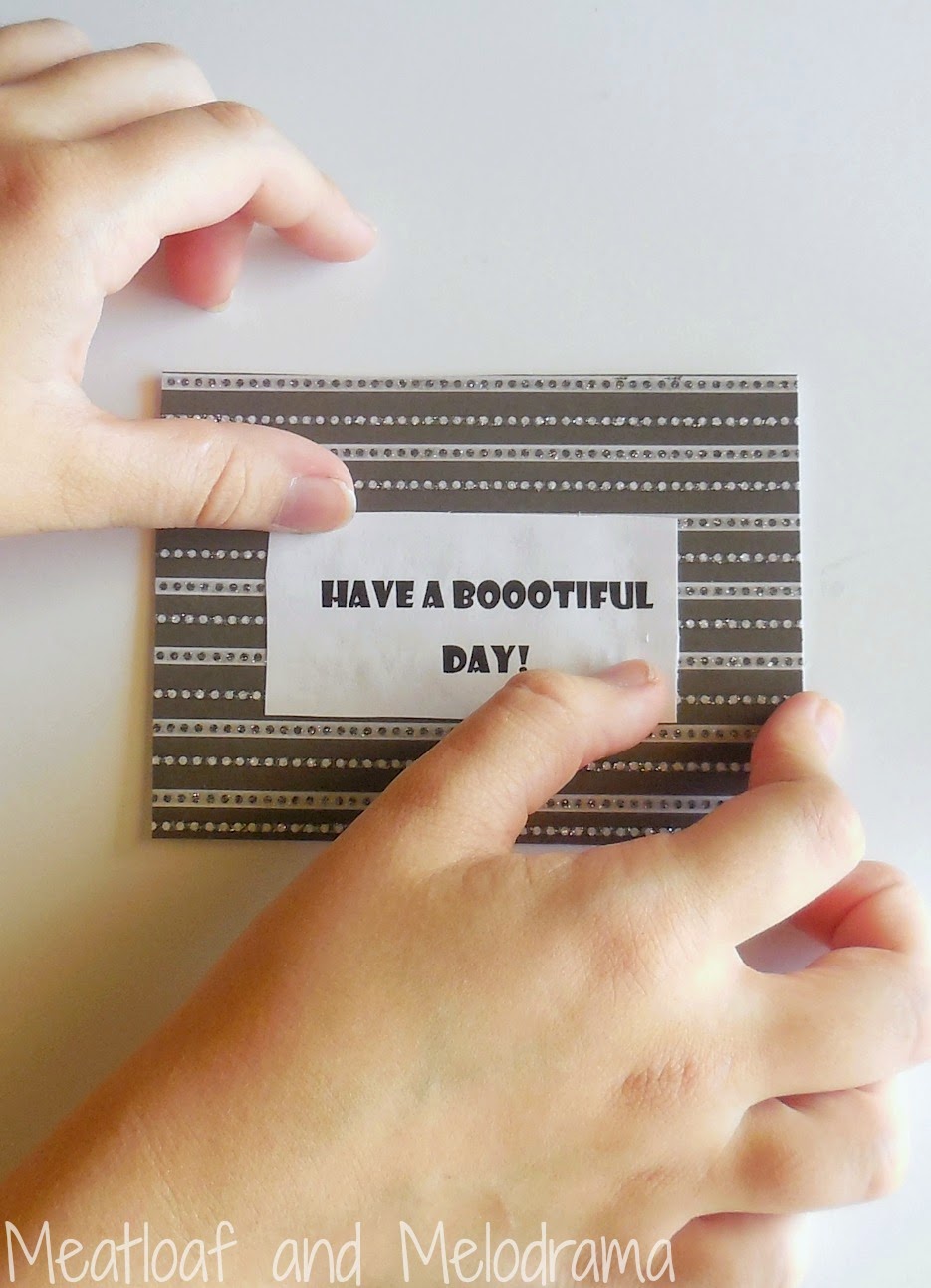 We poked holes on one side of the card and attached the ghost with some purple ribbon. I have a stash of Halloween confetti and novelties that we've collected over the years, and we chose a little spider web and added it to one of the corners. It was that easy! 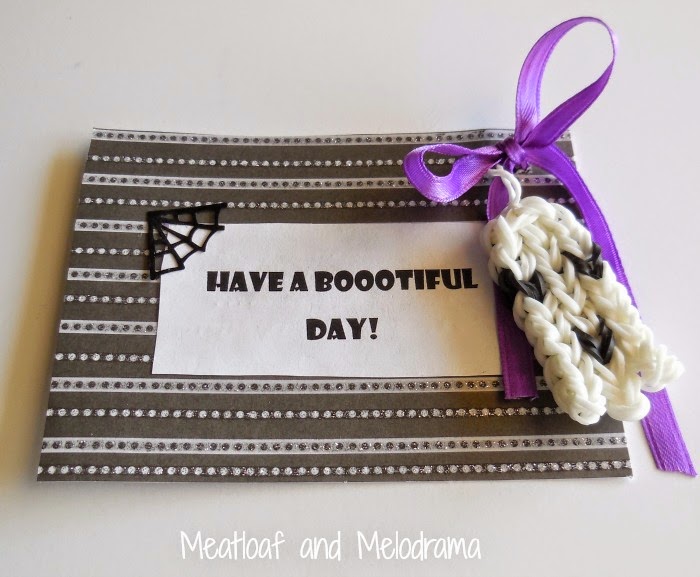 We plan on including some candy and little treats to go along with each card. It's just a little something different to hand out for Halloween. 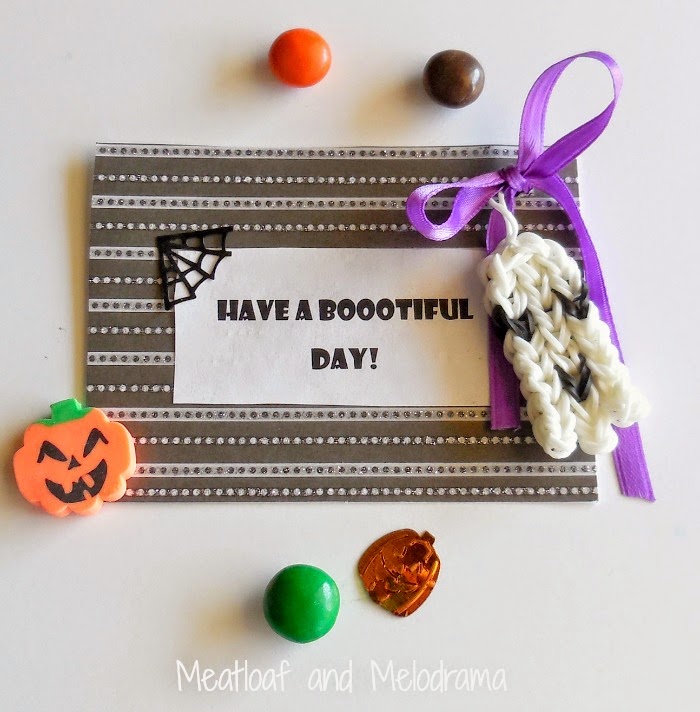 Do your kids give special cards or treats to their friends? My daughter is at that age where she loves making cute things, but my little guy is all about the candy!

Thanks so much for stopping by. Have a boootiful day!