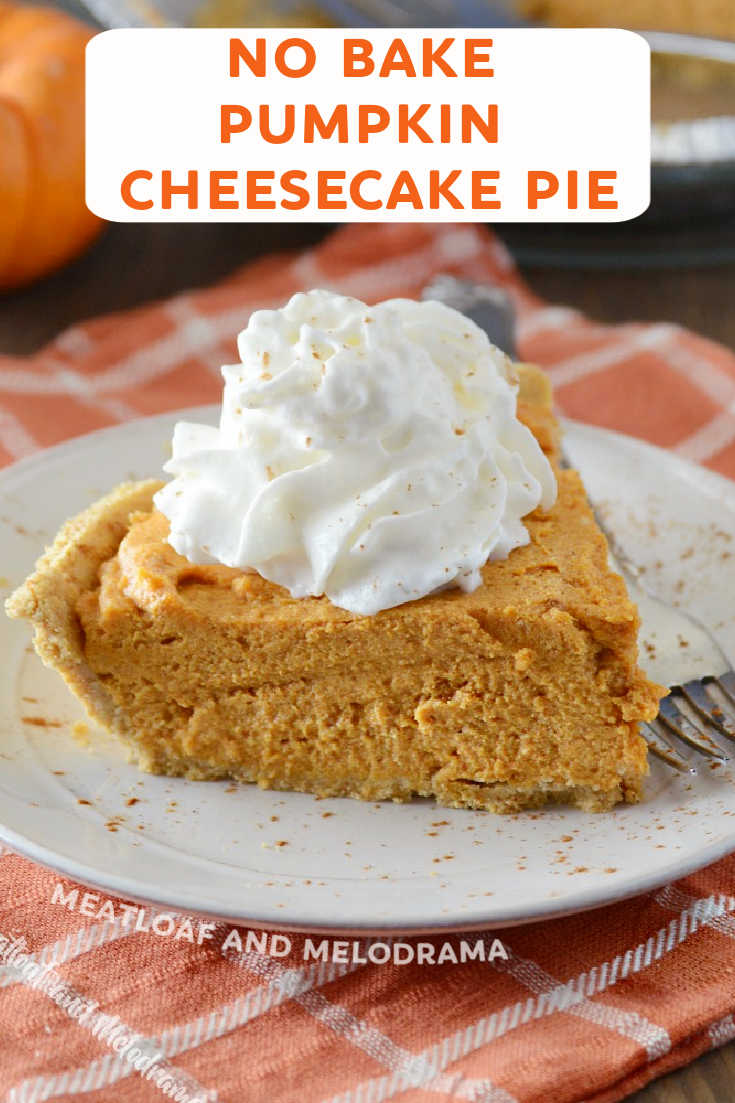 If you're looking for something other than the usual pumpkin pie for Thanksgiving or Christmas, try this pumpkin cheesecake pie, instead. It's a cross between cheesecake and pie, so it's light, fluffy and slightly sweet. Best of all, this is a super easy, no-bake dessert recipe!

And if you're wondering why I'm talking about No-Bake Desserts  in the fall, it's all about making your life easier, especially during the holidays. I mean, you're busy enough as it is, right? So, desserts should be as simple as possible.

I found this easy pumpkin pie recipe in my grandma's recipe collection. It sounded so easy that I had to try it.

You start out by creaming butter and softened cream cheese in a large mixing bowl. Then, you gradually add the remaining ingredients.

I ended up changing the original recipe a little. Nothing major.

I added a little cinnamon because I just love the stuff, and I also added some maple syrup for extra flavor.

After the filling is blended, you just scoop it into a pre-made graham cracker crust. Honestly, how easy is that?!

So, plan on making this pie the day before you actually need it, and it'll be perfect! And friends, let me tell you -- This is one delicious pumpkin pie!

I know a lot of people have pumpkin pie for Christmas, so even if you have your Thanksgiving menu planned already, you can just save it for next month!

Even my picky eaters loved it, and they're not all that crazy about traditional pumpkin pie. So, even if you're not a huge fan of pumpkin pie, you might really like this no-bake pumpkin cheesecake.

There is no cooking time with this recipe, but it needs to firm up in the refrigerator for at least 6 hours or until firm.  Use a pre-made graham cracker crust or your favorite crust here.

Recipe was originally published in 2017 and updated in 2020.