Easy Unstuffed Peppers are made with a mix of beef, pork, bell peppers and quinoa. This easy dish is healthy, quick, gluten free and tastes great too! 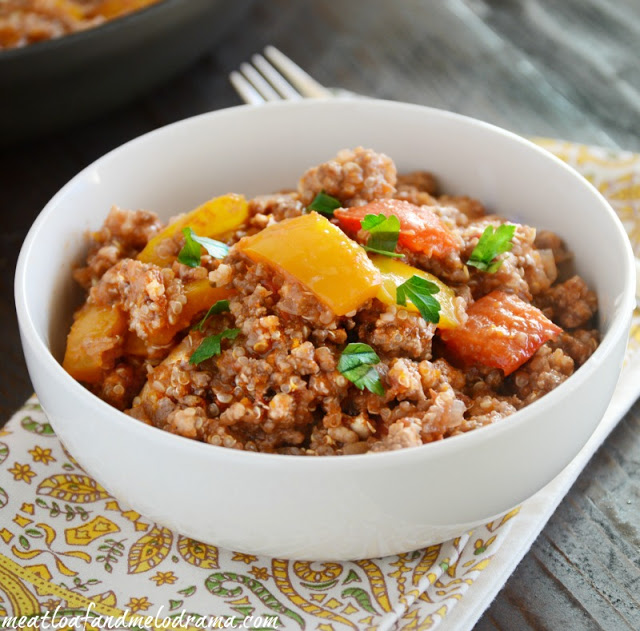 You've probably had stuffed peppers before -- right? I grew up having them, but honestly, I wasn't a fan because the peppers were stewed in tomato sauce and always seemed to be mushy and slightly bitter. I've tried making my own baked stuffed peppers before, which weren't mushy at all, but the kids just scooped out the stuffing and left the empty pepper shells behind. Sigh.

So this time around, I gave up on stuffing the peppers. Instead, I chopped them up and cooked them along with the stuffing mixture in a large skillet. Not only did it save a step, but the family absolutely loved it. Score one more win for Mom!

A lot of stuffed pepper recipes call for rice, but I've been seeing so many tasty looking recipes with quinoa lately, and since the Hubs and the my little guy hate rice, I added quinoa to the meat mixture, instead. And honestly, we all thought it was much better this way and a lot less filling. 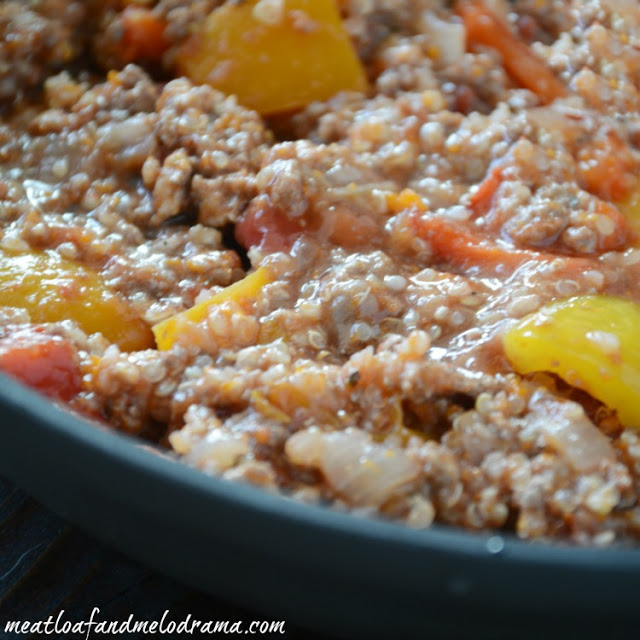 How to make Easy Unstuffed Peppers 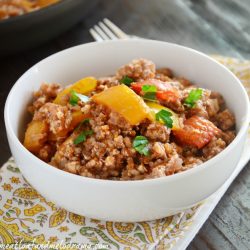 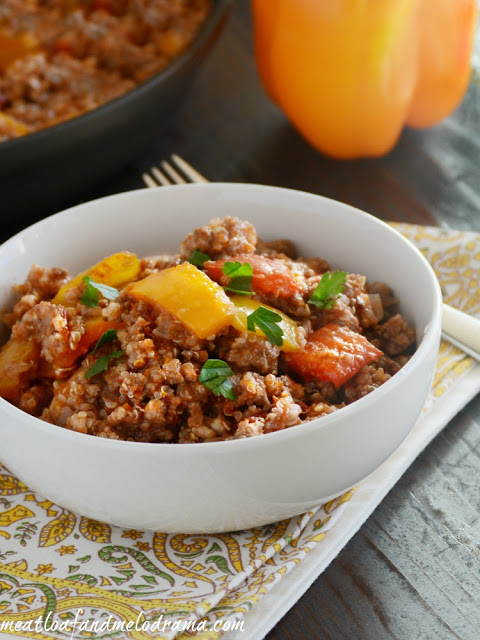 Quinoa is packed with protein, so you could easily use less meat if you want, and you could use either all beef or all pork. The first time I made this dish, I was trying to use up a little bit of leftover meat from stuffed shells. I mixed that with the quinoa, and it was enough for the seven of us.
So when I made the unstuffed peppers this time, not only did we have plenty of food for dinner, but we also had enough for leftovers, which is exactly what I need right now. It's like fast food, but much, much healthier!

Have you ever used quinoa? Do you like it? I'd love to know.